From The Reichstag Fire to a Berlin 1945 Moment 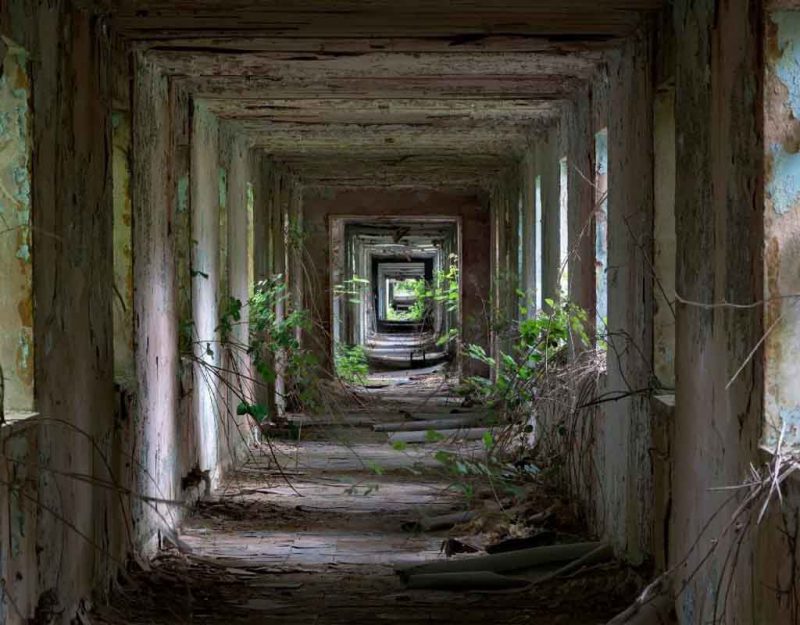 America died at 3:00 AM on the morning of November 4, 2020. At that point, we changed from being the most respected of all democracies to a warning sign for the future. With the death of America came the death of faith in democracy, and it was all done by the Left.

Many of the talking heads bemoaned what a divided country we have become, not realizing that two factors influenced this: first, we saw how terrible Leftist policies were working, and second, the Left drifted away from anything close to the center and now seems entirely comfortable with full-blown Communism.

If we were not divided before, now we are polarized. The Left and Right want nothing in common; they desire entirely different types of civilization. They cannot compromise on this. There will be breakup or war.

The world admired American democracy because its Constitution found a way to limit democracy, thereby avoiding the tendency of democracy to mob rule and tyranny. As the Left radicalized, they wanted nothing short of mob rule, and quickly corrupted and tore down that system.

In the end, it was easy to destroy the USA: bring in mass diversity and the center of society collapses, standards suspend, and everyone does whatever they want with the expectation of getting away with it unless there is popular outrage, so the country gets stolen out from under you.

Somehow the voters slept through a century and a half of this, then blamed politicians before essentially giving up and turning to black pill or accelerationist strategies, both of which involve doing nothing until the secret police knock on your door.

When Trump rose, he revealed all of this; he showed how we had been living a lie and ignoring the enemies in our midst, both international Leftism and China, in our pursuit of easy scapegoats and justifications for more equality, and thus more power transferred to the mob and its leaders.

This panicked the system so much that they cheated in three elections, produced dozens of fake scandals, spied on him with a WaterGate-style black op using government resources, impeached him (twice now), threatened to invoke the emoluments clause, tried to get him removed for mental incompetence, investigated his finances, and otherwise attempted to bully him out of office.

On November 3, the election showed Trump in the lead; after a 3:00 AM vote jump in which votes switched to Biden from Trump, and Biden mysteriously gained millions of votes, Biden was leading in battleground states. This is the classic profile of a stolen election, especially since media refuses to mention it.

At this point, the Democrats have wrecked a nation. No one respects a banana republic, no matter how many nuclear weapons it has; Americans no longer trust their government or media; the world realizes it got a weak leader in Biden, and is already making plans to circumvent him.

The Trump team has now compiled the Navarro, Lott, and Pulitzer reports as well as an extensive database of vote fraud incidents, and yet courts, media, Congress, and even the GOP refuse to listen.

This shows us a rotten system, defending itself, so that the careers of those involved can advance at the expense of the nation. In other words, this is how things usually go wrong with humanity, but now it has happened in the USA too.

In that instant, the goodwill and reputation of our Constitution went poof! and our superpower status ended. We are no longer the good guys who won WW2; we are a fallen country, controlled by Chinese manipulation of our voting machines as the Pulitzer report indicates, trading on the past.

In that moment, much was revealed. No longer do our leaders look like these inspirational people who are striking out for justice and equality; they are manipulations seeking power for themselves behind the shield of altruism, which is what always happens when your system focuses on symbolic goals rather than adaptation to the real world. Once America believed its own propaganda about freedom, equality, diversity, and tolerance, nothing could save it; the con men and carnies took over.

Trump has achieved the “Berlin 1945 moment” for democracy, liberalism, and diversity. He has debunked his opposition and effected the dissolution of the Old America, and he will now offer a new option for us to defect to as the old spirals into oblivion. The Left brought us a fake “Reichstag Fire” with the mob event at the Capitol, and now we have begun the war that ends with a Communist flag waving above a ruined landscape. American democracy has failed, and America the country has collapsed.

As I have said elsewhere, if we believe Trump is competent, he has this one in hand. He used the advanced resources of the United States government to spy on those who were stealing its elections, spying on presidential candidates, cracking down on conservative groups through the IRS, and campaigning for the Democrats from government jobs and offices. He has used contact tracing to identify the people responsible and will bring them to trial on charges based in RICO, espionage, and national security laws.

Only this will be satisfying. America needs a hard reset; it has gone so far off the rails that it has reversed its founding goals, replaced its heritage population, and created a new group united only by racial grievance to the point that they are not concerned that America has been conquered by Communist China.

No one wants to say it, but the USA is done. All of the privileges that you enjoyed once as a member of the most respected country on Earth, with the most functional government, are over. The numbers in your bank account will not change, but your purchasing power and ability to get credit certainly will.

You have nothing to look forward to at this point except a continual retreat from quality into the opposite of quality, equality. Everyone will become equal at the point where nothing is valuable, and that is what these Leftists want to do. They are agnostic to results, and only care about status.

In doing so, they have set up a situation where they cannot win. Even if they gain all of their goals, they lose, because what they have conquered is not what they wanted to capture, by the very nature of what they had to do to conquer it. This is a failed state and a failed civilization. No one respects it, and its fortunes will proportionately fall.

With leaders like this in charge, the American military cannot be respected. With an economic system built on debt and affirmative action, its economy cannot be trusted. Welcome to the Clown World where people are chosen for being good Leftists who memorize the right things in the meritocracy and build careers of spending all their time doing meaningless stuff. They are incompetent for doing anything but making the system bloat, and hiding their own misdeeds by always pursuing unattainable non-goals (anti-poverty, anti-racism, anti-drugs) while pursuing “good optics,” namely the advancement of equality, diversity, homosexuality, transgenderism, feminism, socialism, compassion, altruism, and other code-words for an anarchic society based on deception and ruled by tyrants. These people are the problem, and they have taken over our system and run it for their own benefit at our expense.

It turns out that we do not need the telescreens from 1984 or the “soma” from Brave New World. As Bradbury pointed out, people will sell everything for a feeling of being in control through entertainment and ideology. You do not need to repress or drug people when you can rally them to the cry of “freedom” and “equality” over and over again, since every human loves the idea of getting something free at the expense of someone else that they hate and scapegoat for their own woes. We have achieved perpetual war through our crusades for equality and diversity, which always give us someone to destroy so that the herd feels better, and this keeps the cynical types who are good at the unrealistic symbolic tasks for which meritocracy tests.

We had had to hit rock bottom in order to see that everything is destroyed. This country would function as a hundred million ethnic Western European Nordid-Cromagnid-Dalofaelid (EWENCD, pronounced “evinced”) people; it cannot function as an ethnically-, racially-, and religiously-diverse society that exists for individual freedom, group equality, and pluralism or an “agree to disagree” attitude that leads toward compromise with the dominant paradigm. It is over. Our new way does not work, and we are going to have to break this place up, repatriate the ethnic (Southern, Eastern, Irish, and Mediterranean European) and racial (African, Asian, Hispanic, Indian) diversity back to its homelands with some reparations, and then carefully purge our population of the weak, insane, criminal, perverse, retarded, neurotic, and other deleterious mutations. We have hit rock bottom and things only get worse from here, even if they are unbearably bad now and have been for sixty years; the only solution is to sort the population and choose a model that thrives.

Obviously, that model cannot include democracy, because that got us here. Whatever the Constitution did, it was not enough. That model cannot include diversity, since even small amounts of diversity destroy social trust and abolish social norms, standards, aesthetics, interactions, and mores. It cannot include any kind of theory based on equality, whether “equity” or “meritocracy,” because all of these default toward subsidized outcomes, creating a massive bureaucracy and increasingly incompetent citizens with mental health problems. All that old stuff broke.

In my view, Donald Trump the consummate showman has a few more things to show us. Some will be leaks on the level of SolarWinds, showing how incompetent our government is and how heavily all of our systems, including voting machines, have been compromised for years. Others will be the type of stuff from which one can make criminal charges. Joe Biden will be crowned president in a pretentious and entirely fraudulent moment, after which he and his cohorts are going to spend some time in orange jumpsuits. Revelations that will shatter what is left of America will come. Trump is going to reveal to us how utterly over America is, and how we have nothing in common, and nothing left to do but tear it down and start anew.

Those who thrived in this system, jumping through its hoops and advancing their own careers, are not necessary. If all of them died tomorrow, nothing would be worse. On the other hand, the heritage Americans who keep this place functioning — ethnic Western European Nordid-Cromagnid-Dalofaelids, or WASPs (English, northern German, Dutch, Scots, Scandinavian, and northern French) — cannot be lost, or America loses everything that made it powerful.

The end is near. All praise the end! We were living a lie, and now it has been revealed. All that remains is for us to finally break ourselves out of the pathological denialism in which we have been living, face the problem honestly, and make sane decisions about it. Not just American government but the American people ignored what Trump put before them, and many are content to live a lie, which means that those people must go elsewhere and America must be rebuilt through the model that has always worked for us. Burn it all down, and in the ashes we will build something better than this corrupt Clown World with its endless puny bureaucrats trying to destroy all that is good, organic, beautiful, natural, logical, sane, and enjoyable in our world.