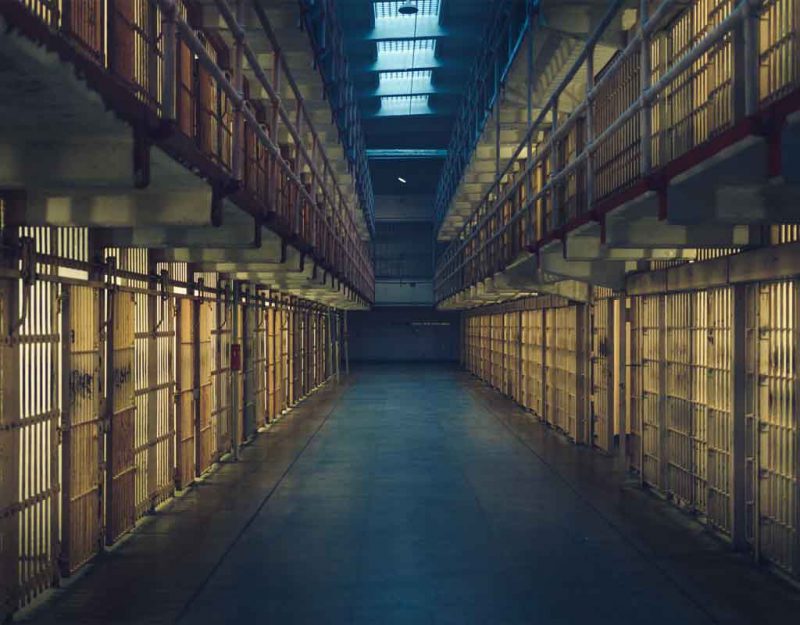 When my first book came out, it was clearly going to be a hard sell, since conservatives generally believe that they oppose nihilism by asserting “objective truths” which everyone must obey. They do not want to hear that there is no objective space of truth, values, and communication shared by all.

However, one must point out to them that such as a space is a reality-substitute, a false reality made of human notions, and the more people will be involved, the greater the amplification of distance between this representation of reality and the external world itself.

This means that we will be bending reality to a human will, not by changing it, but by changing our perception of it. Belief in objective truth alienates us from reality. It is popular because it makes people feel powerful, using the symbol and the word to control a picture of reality.

If we want to avoid this world of collective solipsism, where we believe that reality adapts to us instead of that we need to adapt to reality, we have to be nihilisms and deny universal values, communications, and truths.

In this view, a notion — truth, value, communication — exists only in your own mind. You can signal it to others, but they have to meet you halfway to understand roughly what you mean, and then they only have a heuristic, closer to metaphor than absolute understanding.

Somehow nihilism has made it into the news as, following the Right-wing example, Leftists have started complaining about nihilism in politics:

But Hawley and Cruz, both of whom enjoyed legal educations at some of the nation’s most elite institutions and went on to clerk at the Supreme Court, are taking this path not as a matter of conviction but as a matter of political expediency—perhaps calculating that backing Trump one final time could boost their presidential prospects in 2024. Hawley is suggesting that the election was stolen even though he “surely knows this isn’t true,” an acquaintance of the senator’s told The Atlantic’s Peter Wehner.

There is an obvious irony in someone like Hawley, who has built his career on decrying the cultural corruption and moral emptiness of his Democratic opponents, embracing this sort of nihilism.

In this case, the Leftist uses “nihilism” to mean rejection of the value of truth, which in Leftist terms means official Leftist propaganda.

A nihilist would respond that the Leftist may believe this, or may have his brain so arranged that he thinks he believes this, but there is no reason to take it at face value simply because he said it. A nihilist sees most human thoughts as preference or aesthetics, not analysis and observation.

Hawley may or may not believe what he said; politics, after all, consists of offering up symbols and images to an audience so that most of them vote for you. Does this mean that your opinions change to reflect what the herd wishes to believe is true? No doubt; it is a projection echo chamber.

However, the only nihilism here comes in accepting the nature of democracy. It is transactional: you offer these images and symbols, and people vote for you. Where do truth and reality come into the equation? Nowhere. They are simply not relevant.

With this in mind, Hawley may have escaped nihilism. His view is that at this point, truth is unknowable, so he will go with what produces the best results. Upstart Trump, who is tearing down the globalist Leftist apparatus, does more good than fifty-year government trough gourmand Biden and his masters in China.

Even more, the nihilism of realizing that all speakers are self-interested and reflecting personal preference more than analytical description of reality enables us to realize what it is like to live in a civilization that has collapsed: we can trust nothing.

We cannot trust our institutions and public voices. Anyone who will be promoted to a position facing the general public has already been vetted for any unorthodox opinions, which means that they all parrot the narrative that says that our society has not failed and instead is doing great.

The disobedient were ejected long ago. The denialists dominate every public channel, across all industries. They pander to the people who want to believe that this society can work out, despite all evidence suggesting that it has failed and has veered into third world banana republic territory.

These people are creatures of not just the big government Left, but the psychology of a dying society. They affirm the ideology as a way to continue the mental sensation of not having failed. We have no real accomplishments anymore, so our only compensation is to claim that we took the moral high ground.

This produces the mix of puritanism and dogmatic altruism which manifests in late stage civilization. They insist that their way is the only way, and any other voice is impolite, antisocial, and dangerous. They want to force everyone into denial with them, because that way we can carry on.

Most of all, they fear change. They have their position in the world already and they want to hang on to it; having experienced life without culture, heritage, faith, family, or public sanity, they believe in nothing and no one, and care only about their immediate comfort, wealth, and power.

They seek to crush anything organic, especially the founding group of this nation, because unlike them, these people do not depend on a government-managed society with government created job. The pioneer WASP stock of America build things, grow things, and can survive a night in the forest with only a knife.

The nü-Americans? They need cities, with easy jobs and credit cards, restaurants and hair salons, healthcare for their innumerable medical problems, and entertainment — oh yes, this — to pair with conspicuous consumption to give their narrow empty lives something like “meaning.”

America decided to bring in diversity, not just of race and ethnicity, but of outlook. We brought in the people who always cluster in failing and failed civilizations, the careerist job-attenders who do the procedures they are taught without an eye toward quality or actual effects.

With this, America became an adversarial society where each group had its own truths. We shared nothing in common, so any thought of universal communication, standards, or values became comedic. All we could rely on were the starchy, abstract, and controlling terms of Leftist ideology.

Anyone who failed to start speaking that way and use it as the basis for their thinking got filtered out long ago. They got bumped down to back office jobs where they could do the work that the other twenty people did not, while getting no credit, so that the appearance of function could go on.

The real nihilism rising among Americans consists of a rejection of intermediates. We no longer trust systems, public truths, symbols, flags, and the buzzwords of political correctness, social justice, “woke” politics, and even the superlatives of our new Silicon Valley elites.

We want a focus on reality. The opposite of a denialist is a realist, which means someone who is focused on results in reality and therefore can accept that in Clown World, everything is not just bad but incompetent and dangerous, because if you fail to affirm the narrative you become a public target.

At the core of our reality is Western Civilization, which means that we look to history for what works instead of relying on hypothetical arguments advanced in theory. We want what works, and then to choose the best option from that list.

This disturbs the Leftist:

Hawley has previously argued that the country needs to return to the virtuous roots of the early republic. His evident disdain for the basic principles of democracy means that nobody should have to take his arguments on that score seriously. But his hypocrisy is useful, because it’s a reminder that paeans to the wisdom of the American founding tend to leave a lot out. The civic virtue of the Framers was, after all, the virtue of white men.

The United States has existed as a multiracial democracy for only slightly more than 50 years, and the commitment of some Americans to maintaining that new democracy turns out to have been very shallow indeed.

Not relying on intermediates means that we are not concerned with “democracy” and procedure so much as achieving a sane result, knowing that it means working around a system that has so modified democracy that it will always turn out the same way.

We recognize what the Hart-Celler Act did, despite promises to the contrary, and the similar effect that occurred through Reagan’s amnesty for illegal aliens and the ensuing open borders policy from the Republicans. We see how socialism, sexual liberation, and diversity have trashed this country.

The multiracial democracy that has existed “for only slightly more than 50 years” rings hollow to us; it has symbolic value, but we see its failure every day, not just in the constant violence but the affirmative action incompetence, racial grift, and ongoing attempt to dispossess and destroy us.

In our view, the “nihilism” described by this person means solely that we have no allegiance to the system as constructed by Leftists and the “truths” — based in the idea that the ideology of equality is the highest and only moral good — that it offers. We reject all of it.

We refuse to be manipulated into self-destruction by obeying rules that have long ago separated from the original intent in their creation. This system has been crippled and corrupted by years of judicial “activism” and Leftist manipulation. We have no faith in it.

Instead, we trust reality. We recognize that the real demon we fight is human solipsism, or our tendency to deny reality so that we can play God and pretend to be omniscient. In groups, this becomes something like Communism, and if nihilism is required to reject that, nihilism is our savior.