Three Layers Of The Trump Strategy To Save America 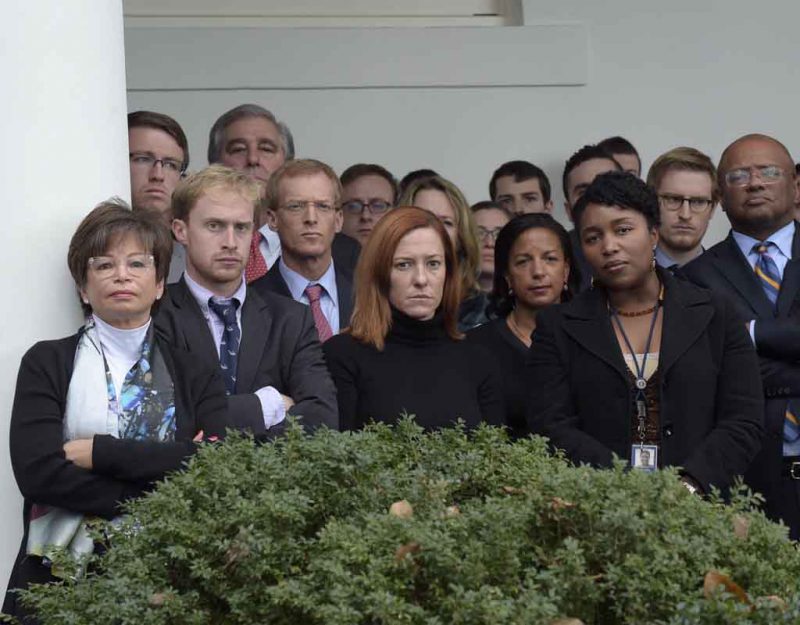 America settled into a new rhythm last week. The Left thought that if they repeated “debunked,” “baseless,” and “unproven” enough that we would all roll over. Instead, their prey fought back, and the parasites had to go rage in their impotent hatred for anything not as miserable as they are.

Leftists are — well, if one were to explain them to a child, one would say that they are the unhappy people. No matter how much money or power they get, they are never happy, and they blame the world for their own state of unhappiness.

This serves as their attempt to conceal the fact that the root of their unhappiness is that they keep looking for something external to themselves to make their minds orderly so that they can enjoy life. They have neurotic, solipsistic, individualistic, and neurotic minds.

From that unhappy state of mental disorganization they derive their “impulse to destroy,” namely a need to tear down anything that is not them or subservient to them. Leftists are the ultimate small angry people on a power trip, even if passive-aggressively.

They are the kind of people who vote in an election with zero consciousness of what choice they are making. For them, the election means only a chance to beat down the other guy. Leftists are the source of the football team cheerleader mentality in democracy.

Much of their anger comes from the fact that they are not necessary. If all Leftists died tomorrow, the line at Starbucks would be longer, your HOA would stop harrassing you for having shutters the wrong shade of off-white, and a profound scarcity of “expert opinion” would bless us with silence.

Leftists know this, which is why they use guilt as a weapon. Without guilt, they have nothing. When we feel no guilt for the fact that much of our species is self-destructing, and that Leftists want us to pay attention to their rantings, the Left loses its power and dies out quickly.

The Left also faces a somewhat permanent problem at this point. The Left makes its bread and butter by offering revolutions, or the idea that everything we think is true is wrong, and we can fix everything with this one simple, easy trick called equality.

It works great when Leftists are underdogs, but fails completely when they have been in control for awhile. After the 1960s, Clinton, and then Obama — the three most transformative periods for American society — the Left can no longer claim to be underdogs; rather, they are The Establishment.

Even more however they are suffering from a turnaround, since any unrealistic philosophy inverts a power structure by forcing it to cater to fixing the illusion, rather than applying a functional theory. The party of no rules and free stuff has become the party of regulations and taxes.

Worse even, they have run out of room to expand. Leftists are still hammering on the same ideas that they preached in the 1990s, 1960s, 1930s, and 1780s. They still want a society of no rules, free income, and pluralism, but we have that already and it does not work so well.

They just about had a solution in place — ethnically cleanse the native population by importing the people from the third world who always vote against the majority — but then Americans noticed that this had fundamentally transformed the country, and also wrecked the economy.

It turns out that having one ethnic group means that you have a high-trust society where people do not need to lock doors much, can collaborate even as strangers, and everyone roughly knows what they should be doing. Bring in another group — even the Irish — and your culture, trust, and efficiency go away.

Most people want the 1980s back since America was then still mostly under control by WASPs — Nordid-Cromagnid-Daleofaelids from Western Europe — and it ran a lot better than the mixed-race, mixed-class, and mixed-religion mass of squalling special interest groups that we have now.

Even more, people have wised up to globalism, which turns out to be the same thing as “world federalism” from the 1920s and the dream of Genghis Khan from seven hundred years ago, namely dominating the world in order to standardize, centralize, and dominate it with bureaucracy.

We have seen how that turns out too and we want out. The same “internationalists” who were spreading socialism and parasitic multinational corporations back in the 1930s are doing the same thing today, leaving poverty and chaos in their wake. They are simply parasites.

As a result, first the Tea Party and now the populists have risen against the New World Order, namely the globalist network of market socialist societies controlled by the rules of bureaucrats and the United Nations more than by their national leaders. We are controlled by unelected bureaucrats.

This means that Trump, Farage, the Visegard Group, and even Marine LePen are just the visible surface of a much bigger groundswell. Sea change has come; Leftism has failed, liberal democracy has failed, and market socialism (capitalism + entitlements) has also failed. We do not want to go down with those ships.

All of this adds up to some very nervous Leftists, to the point where they were willing to cobble together a collection of organized crime political machines like the Clinton-Obama gang, neurotic billionaires, the radical Left, and at the heart of it, pulling the strings, China.

This group attempted an election theft and got caught. Following the methods he used to take down the New York mafias, Giuliani set up a scratch team off the books and had it watch what was going on using contact-mapping software. This group, of military and law enforcement experts, caught the theft as it happened.

Trump will use what he found there to do two things: first, inherit his rightful place as winner of the election, and second, since he deliberately used this election as bait, draw out the swamp, identify them, and produce a legal justification for firing anyone connected to them.

He will do this in three layers of attack:

Right now we are wading through the first layer, soon to be followed by the second. Each day that passes without a choice of president that the world can believe is legitimate, America gets weaker. Time and the markets are on Trump’s side.

From there, he will move on to the second layer and be officially elected president. At that point, he can move on to the third, possibly using RICO to indict people who are otherwise too slippery to catch, like Clinton and Obama. He can also bankrupt all these organizations in civil courts.

What follows them will be a mass purge of people from American government, reducing it radically in size and function, and forcing us to re-assess the entitlements programs that occasioned the need for all of these bureaucrats.

The big point here is that a shift in history has occurred. The old way has failed, and so we are moving on from the bureaucracy model to a nationalist, libertarian, traditionalist, and yet strongly socially conservative — a nation united by morality, not rules — model which will take us away from leftism.

Trump has showed brilliant aggression and game-playing in this one, luring out his enemies with something that they could not ignore, and inducing them to repeat their tactics from 2008-2016 because he refused to prosecute them in the past.

He needed to catch them dead to rights, not repeat the Bill Clinton impeachment which went nowhere because all of the evidence was destroyed, the witnesses dead, and the Chinese made off-limits for “national security” reasons.

He has also lured out Big Media and Big Tech, encouraging them to be as abusive as possible, so that he can remove the Swamp creatures from their ranks and nationalize them or destroy them with defamation suits or civil lawsuits for the monetary damages incurred by their participation in election theft.

Life comes with no guarantees, but as things stand now, it looks like Trump has engineered a massive win. At that point, it will be up to us to keep pushing to the Right without falling into the weaknesses that have plagued the Right in the past.

We need a new, responsible right free of both neo-Nazis and neoconservatives. We do not need more extremist; we need a removal of all failing things, especially the entitlements that bring the bureaucrats, diversity, and multinational corporations to our shores.

In the midst of a thousand-year revolt against the Revolutions, Trump and Brexit serve as the first step to severing ourselves from the bureaucratic governments and pop culture that have parasitically devoured our society. More solid actions await in the future.

We have to keep pushing Right and keep succeeding with realistic and practical programs that make life better by removing Leftism and replacing it with time-honored methods for improving ourselves within, instead of relying on free stuff from government to do it for us.

Currently this reality has just started to set in with the Left. As narcissists — these are unhappy people who hate their families and culture — they never thought their gamble could go wrong. They counted on bullying us into conformity and using guilt to control us.

Instead, they are seeing a world emerge where their views are not just in disfavor, but obsolete. They have failed just like Communism, national socialism, fascism, socialism, anarchism, and other broken models. We are moving past liberal democracy, civil rights, and globalism to something better.