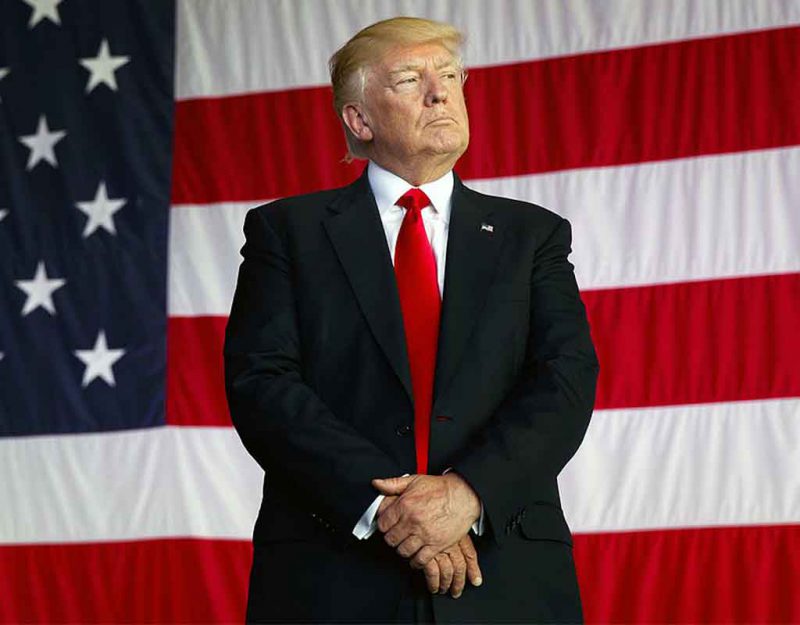 Right now confusion reigns out there. This benefits Donald Trump, because it shows us just how little we can trust our media and how controlling the permanent bureaucracy and organized crime, as well as foreign would-be occupiers like China, have become.

When the first dancing-in-the-streets video came it, it struck me as like many other human behaviors, a mania. That is, people are participating in something without knowing why they are doing it, simply for the social pressure, and out of a blind hope that one easy choice can make things right again.

Much of America wants another Obama. They have nothing but their jobs and apartments; to them, free stuff from government sounds like a solution, which shows you why they are in perpetual barista-style permanent entry-level positions across all industries: they have no clue.

They do not care if Suzy and Jack from the cul-du-sac cannot afford a vacation and pay the equivalent of a second mortgage on their home, or that millions of illegals flood the country, or even that China takes over. For these people, life is always job and social life, and they have no hope of anything else.

Generally, such atomized people have shattered self-esteem, usually from coming out of broken families or having failed at life in some crucial way. They seem themselves as victims, and on that basis, justify taking whatever they want from everyone else. They are lost and do not want to be found.

This group, and others who succumb easily to media, try to follow the mainstream media agenda. The media and social media have fallen into a loop of repeatedly announcing Biden victorious, despite no one believing them because of the massive election irregularities and cheating that are being revealed.

Trump plays them like fools. He lets them get overconfident, then inserts doubt, knowing that they will act out and overplay their hand. In the meantime, he gathers what he needs for the real game, which will be played in the courts.

When this election mysteriously stalled after midnight and then suddenly Biden votes came flooding in at 3:00 AM, it became clear that we were headed into Bush v. Gore territory, which means that we find out who won a month and some days later when the court decides.

The court tends to decide against those who gamed the system, so even if Trump proves a tenth of what he seems to be alleging, things are going to go badly for the Democrats. They know it, which is why they keep trying to steal the election by bullying Trump into conceding.

He will not do it, despite 70% of Leftists and 40% of conservatives, approximately, calling for him to do so. Everyone wants the cosy old way, where government achieved nothing, conservatives ranted pompously and did nothing, but everyone still got paid and fat contracts.

This tells you the measure of the man. He has studied the issue, and is maneuvering into place. He has fragmented his team to make sure that the many arms of his several legal teams can simultaneously slam the Left in several states.

That upsets people because it generates a steady stream of headlines that media must then suppress, which is causing daily defections from big media and big tech. When all the denialists who support the System are bleating the same propaganda, people seek information elsewhere.

His legal teams will hit several layers. First the irregularities and local cheating, then the laws and policies changed to swing the vote, then the corrupt voting machines, and finally the connections to organized crime, the Clinton-Obama-Biden political machine, international finance, and China.

Arizona, Georgia, Pennsylvania, Nevada, and Michigan show us situations where local political operatives, acting in coordination, took measures to ensure that fewer Trump votes would show up and more Biden votes would. In addition, it seems they are finding many ballots for the insane, demented, and dead, in addition to that old favorite of the political machines, multiple votes per person.

Democrats have done this for centuries, but it has become necessary for them to steal a national election in broad daylight now. The country is broke, with $30tn in debt, the Left has no new plans, its existing plans are failing, and “America First” is threatening the globalism that will bring about one world market and allow us to continue surviving on third world labor.

It looks like Pennsylvania will be the first to fall, since Team Trump argues convincingly that by encouraging mail-in voting to circumvent normal vote fraud safeguards, Pennsylvania encouraged vote fraud, which is coincidental because everyone involved are Democrats.

In Arizona, it looks like some “bonus votes” popped up, making the count closer if not in doubt. Michigan continues to be a battleground, with the state voting to certify election results, which allows Trump to unleash the next round of lawsuits.

Legal action like this tends to go in a sequence like a dance. First, the challenger asks the court for injunctions or remedies to avoid bad behaviors. When those get denied, they sue those who engaged in the bad behaviors to force a resolution.

In the middle of this, they get subpoena power through something called “discovery.” The suing side can ask the defenders for any amount of information they want, almost as vaguely as they want, and force this side to produce information or admit that it does not have it.

The Left should fear those subpoenas. They are going to be standing in court explaining why they lack a lot of information.

On top of that, some have conjectured that Trump has used a military project named Kraken to trap his enemies:

Kraken has many eyes, including an Elta Ground Master vehicle-tracking radar, an additional STS-1400 radar, plus AN/PRS-9 Unattended Ground Sensors built by L3 and five sonic sensors that can detect incoming fire and triangulate the shooter’s location. The system has 11 daylight, infrared and thermal cameras, two of them mounted on a 30-foot mast alongside a laser rangefinder. The rest of the cameras, wired into the central unit, can be positioned around the base perimeter. The main sensors have an approximately 15-mile range.

If there’s a drawback, it’s that Kraken, at present, is self-contained. It does not tie into the military’s vast network of blimp- and tower- mounted cameras and aerial drones that covers much of Afghanistan, relaying imagery from one base to many others.

This sounds unlikely to me as a match, but the point may be that a next generation control system was employed. These take in data from multiple sources, look for overlap, and pinpoint connections between people. This statistical approach exists to find attacks before they start.

Such a system would be highly useful, for example, in trapping all of the cell phones, emails, and text messages active in a certain area at a certain time, and sieving overseas and internet communications to see if those people were receiving orders from, say, Chappaqua and Beijing.

The Department of Defense has made a point to explain how election security factors into its mission:

“We look at adversary meddling in an election on two different fronts. One is covert influence, and then there’s interference,” Imbordino said. “For interference, what we’re talking about is an adversary trying to go change a vote total, targeting election infrastructure, voter rolls. Influence is more of the social media component of trying to influence public opinion.”

“It’s not enough to just know and understand what our adversaries are doing,” he continued. “The nation expects us to do something about it. Enabling our partners with the right information at the right classification level they need to take action to defend our democracy against these threats is essential and allows all of the tools of the government to be employed in this fight.”

In other words, this is now a military option, so tools like the Kraken — adapted for monitoring information feeds, and possibly tying that to video feeds — could be used to identify domestic and foreign actors working to interfere in elections. They specifically mention:

For interference, what we’re talking about is an adversary trying to go change a vote total, targeting election infrastructure, voter rolls.

That sounds a lot like what went on during the early hours of November Fourth.

Other drama has afflicted us this week. Fox News and Tucker Carlson basically committed suicide by expressing skepticism of the Trump resistance to the stolen election. They do not seem to care that this is our last chance to avoid far-Left takeover, and that if Biden gets in office, his first act will be to legalize another eleven million illegal aliens. Then he has his permanent Leftist vote majority.

Several dozen Republicans also showed their colors, from Mitt Romney to Paul Ryan and beyond, demonstrating that they would rather work within a dying system for their own profit than overthrow it and replace it with something functional. These people are parasites.

Black Rifle Coffee Company got a raw deal, in my view. One of their publicists posted a picture of Kyle Rittenhouse with a BRCC tshirt, and the company made a correction saying that they did not comment on current events or tragedies. The publicist was not fired.

This strikes me as an entirely reasonable stance, especially after the 2018 debacle when they were accused of being Alt-Right and consequently defended themselves with the old “I’m Jewish” line, not realizing that modern Leftists want to kill Jews as much as Whites, but it missed the point: their audience pays three times market price for their coffee because they believe they are supporting patriotism and the military. Something about not supporting Kyle Rittenhouse rubs these people the wrong way.

Cynics like myself point out that mainstream Right people get scammed by supposedly “patriotic” products all the time. Why would anyone pay prices like that for coffee of an average nature in the first place? It makes us feel good, we are told. Now we see how conservatives sucker themselves by never verifying that what they are doing is actually helping out.

Bruce Charlton said that the Alt-Right would fail because everyone in it seems only interested in promoting themselves, and so far, he seems to be right. The Alt-Right has ceased to exist because the loudmouths that took over are the same people who spent the last three decades being basement Hollywood Nazis. Everyone else has fled, since these people know nothing of politics or reality, and just want to emote and then be worshiped for having said a few taboo things.

Just like the mainstream Right, these people are fading. Populism is American Nativism with a twist, namely a Tea Party style mainstream libertarianism. It arises from commonsense realism: government and industry make money off of our confusion, so let us cut them out of the equation, and minimize their role. Then let us bring jobs back home and become self-sufficient so that there are options; our current industry seems to be monopoly-bound simply because we cut out so many opportunities that the market centralized, meaning that soon we will only have Walmart, Costco, Amazon, Google, and Apple. No one can build an economy on that.

We go into Thanksgiving feeling massively unsettled. Something is afoot, no one knows what it is, and conjecture is flying all over the place. I suggest not discussing politics (if possible) this holiday. Keep them guessing. Intensify the worry. The more they suffer, the closer Trump is to victory.

Krystal Ball Does Not See the Future of Affirmative Action | Jesus, Thanksgiving, and Buddha