How Joe Biden Lost The Presidency 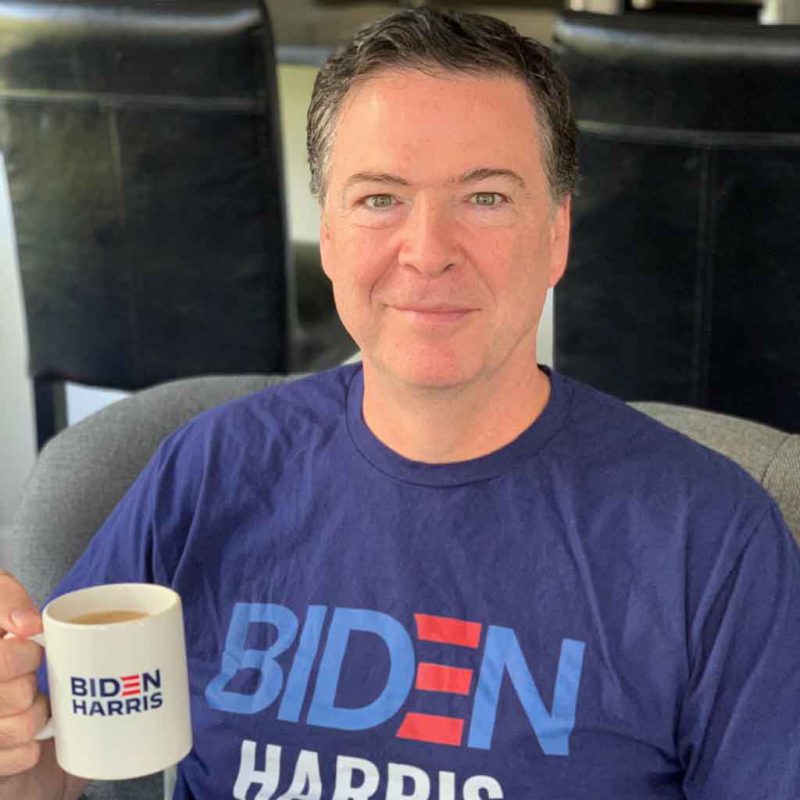 Despite the massive media blitz in history, Donald Trump just won re-election. He will have to fight it in the courts, just like happened in the year 2000 election, because America finds itself permanently divided by demographic replacement.

On one side are the nu-Americans — soy pajama boys, boxwine thots, bureaucrats, mixed-European SJWs, minorities, homosexuals, and transgenders — but on the other are “heritage Americans,” the ethnic Western European Nordid-Cromagnid-Dalofaelid types.

By running the campaign that they did, the Democrats just ended American democracy and confirmed that we are in a race war. Your heritage is your uniform, and if you are a functional person who does not depend on government for your living, you are with Donald Trump.

Sure, some White males freaked out for the same reason that they flaked out in 2018, namely that Trump did not do exactly what they wanted. He did what they needed, and they simply do not understand it, being farmboys and shopkeepers and lawyers instead of leaders of men.

We know that Trump won because of the forces arrayed against him. The media agrees in lock-step that this one goes to Biden, which by the rule of projection shows us that they fear it does not go to Biden. The Leftist cries out as he strikes you, and he also tells you what he wants you to believe, not what he actually believes.

As with all things Leftist, the Democrats are bullying and bluffing. They hope to mobilize a media blitz to force Trump to concede; then, they win. If not, they have an excuse for four more years of trouble-making.

The Left is always the Opposition party, even when it has been mostly in power for the past century. They have no ideas of their own and can only react, blaming those in power for whatever problems exist, and insisting that the Leftist solution — give all your stuff to us! — will heal whatever ails you.

They have a simple mythos on the Left. Everyone is innocent, whether good or bad; only our circumstances (amount of wealth) make us different. This means that the impoverished cretins rioting in the streets are Innocent Victims being oppressed by Cruel Aggressors, not people who are poor because they are criminal.

Democrats would have been able to win except that they have unclean hands. Were there no rioting, vote fraud, big media censorship, social media censorship, spying on presidential candidates, auditing Right-wingers through the IRS, “believing” Christine Blasey Ford, and fake impeachment, the Left might be credible.

However, they are not, and this means that their attempts to seize this election will ultimately do nothing. Why, then, bother with the most expensive campaign in history? The answer is that they seek to hold America hostage until we give in, at which point they will stage a color revolution.

Look for this color revolution to happen on behalf of the Deep State:

Indeed, the story of Norm Eisen – a key architect of nearly every attempt to delegitimize, impeach, censor, sue and remove the democratically elected 45th President of the United States – is a tale that winds through nearly every facet of the color revolution playbook. There is no purer embodiment of Revolver’s thesis that the very same regime change professionals who run Color Revolutions on behalf of the US Government in order to undermine or overthrow alleged “authoritarian” governments overseas, are running the very same playbook to overturn Trump’s 2016 victory and to pre-empt a repeat in 2020. To put it simply, what you see is not just the same Color Revolution playbook run against Trump, but the same people using it against Trump who have employed it in a professional capacity against targets overseas—same people same playbook.

Color revolutions work by destabilizing regimes and then introducing “reformers,” sort of like every Central American or South American election ever:

Rather than using a direct military intervention to effect regime change as in Iraq, Color Revolutions attack a foreign regime by contesting its electoral legitimacy, organizing mass protests and acts of civil disobedience, and leveraging media contacts to ensure favorable coverage to their agenda in the Western press.

Or even the Clinton election, come to think of it. A color revolution requires a darling — Obama, Turdeau, Ardern, Navlny — who emerges into a society that appears wracked by corruption and ruled by strongmen, at which point the press puts on its savior of the people hat and wages propaganda war.

In other words, this is the French Revolution strategy all over again. If the peasants breed too rapidly and starve themselves, deflect the blame from the actual problem (peasant sex) and focus it on someone responsible, like the aristocrats.

The responsible person reacts as you would expect, by removing as much of this bad influence as possible, but that confirms the narrative to those who believe it, much like Facebook censoring QAnon made more believers for that theory.

The Left wants to win this election by making it appear illegitimate, styling Trump as a tyrant, and then provoking Trump into smashing them. So far, he has resisted that attempt, which is why contrary to all advice he did not jail Hillary Clinton or go after Barack Obama.

He is waiting. Trump understands markets as a force upstream of government, and realizes that all he needs do is reveal these people. They hire each other, sure, but if that support system goes away, they will be entirely shunned for being connected to organized crime and espionage.

Like most gangs, they depend on the rest of the gang for sustenance. Outside of the gang, they are nothing. Without Comey, Clinton, Obama, Brennan, Schumer, Pelosi, and others directing the show, they would not be wealthy or powerful. They would be managing cell phone stores.

Consequently, Trump refuses to smite these people. He did not go after the rioters. He has not had anyone arrested, at least not directly. There has been no spate of hiring. He knows that the Left wants him to act like a tyrant, because that will fit into the Leftist narrative and seem to “prove” it.

Instead, Trump and his team have launched a series of legal challenges that may not even be decided by the time his second term is over. This keeps the Right in the role of Innocent Victim, and forces the Left to reveal itself as Cruel Aggressor.

That the Left is rolling the dice — taking the risk of civil war to achieve the treat of revolution and therefore a coup — tells us that two parties here are in bad shape:

Trump has every reason to force them to call this election. Each day of uncertain results damages the world economy further and spreads political instability as foreign states react to the power vacuum. Moral leaders would avoid this; the Democrats seem to have no issue with it.

Out there on the streets today, America was awful quiet, just like it was under the government shutdown. This means that all the people who make their money from government, whether directly in entitlements or in jobs created by programs like affirmative action and regulations, are laying low. They are scared.

They have reason to fear Trump: he has tackled the system that is killing our civilization. The West proper died in the 1960s, but we who were its citizens live on, and we would like to continue doing so. We cannot do so in a diverse, Left-leaning society.

Trump wants to remove the layers of government imposed by the Left during its rampage over the past 154 years and replace them with nothing. He wants to reward the good, productive, and creative and let everyone else linger in mediocrity. He aims to make a realistic, quality-oriented America.

This threatens everyone who lives off the system and depends on slow constant decay in order to have those checks arrive on time. Government has become one of the biggest industries in America, and thanks to government rules, we have lots of workers doing not much all day long, spending that time on social media.

Old America died when those 1960s changes came through. Hart-Celler brought in the foreign, and it hates us; sexual liberation and working women destroyed the family; high taxes wrecked the good life, and endless regulations turned jobs and schools into jails.

What is left of America now faces a choice. It can either go full Banana Republic with the Democrats, who want to turn it into a grey race third world kleptocracy and then sell it to the Chinese (note: said Democrats will retire to Switzerland the instant that happens). Or it can walk with Trump, and become more like the America of the 1980s or 1780s where constructive behavior was rewarded and parasites sent to die alone in the desert.

Trump has played the Left by refusing to act as a dictator. He saw how Reagan faced this problem, and has decided instead to let the Left simply reveal themselves. With this election, they have revealed how corrupt they are and how devastated America has become, and how much of Old America is dead and gone.

Instead of going after them, he focuses on revealing them. He shows what they have done, and this separates America into two groups: those who are OK with corruption because they believe in the ideology behind it, and those who believe that corruption is unacceptable.

The Left approached this election with unclean hands. That means that unless they achieved a landslide, no one was going to believe their claims. They are known for cheating. This is about to get revealed, and the election will go to Donald Trump.

Trump knew that they would do this, since it was the same thing they did in 2016 and during the 1980s. He has designed a strategy around it that will ensure that Leftists get revealed and their plans fall flat. This will frustrate them more than going to jail, and mass panic will result.

Leftists will begin their exodus from the USA as they look for a new host to parasitize. This is fine with most of us. The Democrats just ended American democracy with the greatest spate of lying, cheating, stealing, and deception that our nation has ever seen; we are better off without them.