Trump Turns Up Heat as America Falls Into Depression 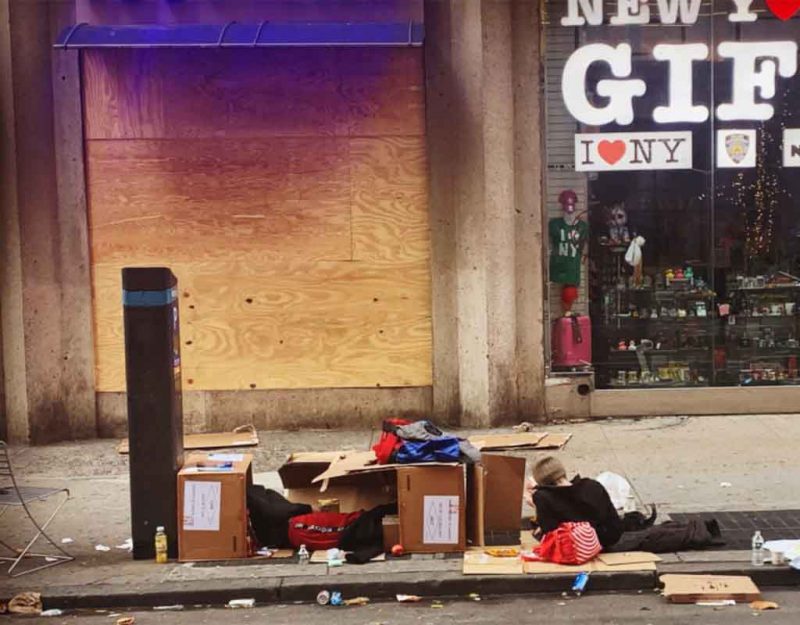 You can feel it out there: a great slump. The joyful activities of life no longer happen in public. People hide their faces with masks, true, but moreso with dead expressions. Americans no longer believe that this election was legitimate or that its result is a good thing.

Trump has, true to his modus operandi, begun the process of convincing us that he must be president in the next term, and that allowing Biden to be president would make us all complicit in the Chinese conquest of America.

First, DNI Radcliffe released his analysis showing that China was indeed involved in the election fraud:

“Based on all available sources of intelligence, with definitions consistently applied, and reached independent of political considerations or undue pressure—that the People’s Republic of China sought to influence the 2020 U.S. federal elections,” Ratcliffe wrote.

In other words, China is now in the picture. On top of that, the Senate Committee on Homeland Security And Governmental affairs report connected Biden, Ukraine, Burisma, and China:

During the Obama administration, the Committee on Foreign Investment in the United States (CFIUS) approved a transaction that gave control over Henniges, an American maker of anti-vibration technologies with military applications, to a Chinese government-owned aviation company and a China-based investment firm with established ties to the Chinese government. One of the companies involved in the Henniges transaction was a billion-dollar private investment fund called Bohai HarvestRST (BHR). BHR was formed in November 2013 by a merger between the Chinese-government-linked firm Bohai Capital and a company named Rosemont Seneca Partners. Rosemont Seneca was formed in 2009 by Hunter Biden, the son of then-Vice President Joe Biden, by Chris Heinz, the stepson of former Secretary of State John Kerry, and others.

Here we have an American president-elect (in theory) joined to the Chinese government through his son Hunter — “10% for the big guy” — and other children of the elites. This shows us a flow of money from China to the Biden family.

Hunter Biden had business associations with Ye Jianming, Gongwen Dong, and other Chinese nationals linked to the Communist government and the People’s Liberation Army. Those associations resulted in millions of dollars in cash flow.

In addition, the FISA report emerged with new evidence in the form of interviews with the players in question. As the committee explains:

The FISA court was lied to. Exculpatory information was withheld on those being investigated. The investigators, with some notable exceptions, were incredibly biased and used the powers of law enforcement for political purposes. The subjects of the investigation had their lives turned upside down.

In other words, Trump has now proven his case regarding the actions taken against him by the Deep State in alliance with China. In addition, former BLXWare employees released a theory of how the election was stolen using foreign computers to hack American voting machines.

We have exciting stuff coming up. If he follows his usual path, Trump will intensify the releases until it becomes clear to all the Joe Biden works for China, is fully compromised, and cannot be allowed to become president of the United States.

At that point, and only at that point, will the American population be depressed and demoralized enough to see the necessity of legal action against the new president-elect and his team. This opens the door not only to Trump pursuing legal enforcement, but Congress approving of him doing it.

Trump is a persuader, as many have noted over the years. He does not command; he leads. He shows us what we need to know, so that when he takes action, we see that it is right. In this case, he must thoroughly debunk any presumption of innocence by the Biden-Obama-Clinton-Xi clan before acting.

Hold the line, and stay true to what you know in your heart and your gut. This election was stolen, 3:00 AM vote dump and count reversal included. It was done in order to get a compromised candidate — a spy for China — into the White House. The COVID-19 panic was coordinated to aid this and wreck the economy.

As we get closer to the crash, expect more cherished American institutions to be revealed as corrupted, compromised, and hostile to America. Expect more politicians to be shown to be taking money from our enemies. Most of all, expect that the thought of a Joe Biden presidency is made thoroughly unacceptable.

For those of us out here in the cheap seats, all that remains is to intensify the pressure on our leaders to avoid allowing our country to be conquered by China, and made a vassal of China, by these crime families and their corporate backers.

Periscope (January 15, 2021) | How to Adapt Democracy to Support Nationalism