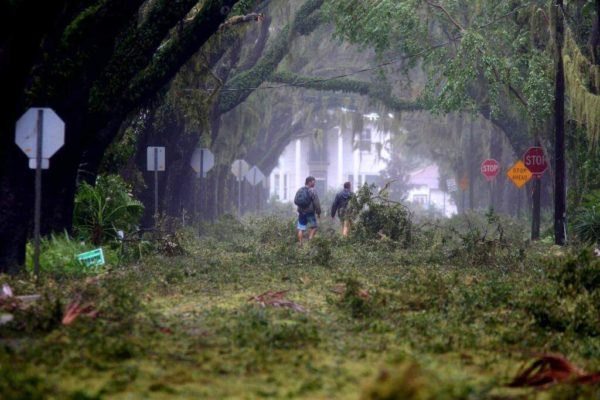 The Alt Right rose, then tried to figure out what it was. It knew a general direction, which was that it said the stuff that the mainstream Right wanted to but could not and still keep its jobs, but beyond that, it was confused.

It arose from a mishmash of philosophies. The New Right, Traditionalism, White Nationalism, Paleoconservatives, Neoreaction, Nietzschean conservatives and Dark Enlightenment met in a blender. Some have suggested that the intersection among them is right, but more likely, it is their shared forward ideal: a resurrection of the greatness of Western Civilization, and to that end, the means and methods required to achieve it.

Many have contemplated it. Among the best:

And that is only a small sampling of all that has been written on this topic, although these pieces at least cover all topics and link to all major articles. And still, the definition remains fuzzy… let us look at some recent sources:

“Will The Real Alt-Right Please Stand Up?”:

Mr. Heft makes an essential basic point here: the Alt Right is formed in opposition to modernity, and there are many degrees of this. On the farthest Right, people want a restoration of traditional civilization to provide a new golden age of Pericles, as Arthur Schopenhauer suggested. We know what we do not want: the soul-killing, environment-killing, culture-destroying, pointless and tedious modern age, despite its good shopping and wide variety of ethnic food.

And what distinguishes those views?

“The Rise Of The Radical Right: The Alt Right, Neoreaction And The Trump Campaign”:

Meanwhile, the movement itself is an amalgamation of all â€˜alternativeâ€™ right wing views that are today considered heterodoxy. This means that the views of one person who considers himself to be part of the â€˜Alt-Rightâ€™ can be, though do not necessarily have to be, radically different to another.

Summary: these views are socially unacceptable. Taboo, in other words, they are forbidden by informal social rules from being uttered. All of the people who are currently thriving in this wasteland think that these things should not be mentioned. So: speakers of hidden, or dare we say… occult… notions of reality.

A New Right thinker of note expands on this:

“A Talk With Daniel Friberg, Co-Founder Of Arktos and RightOn“:

What I mean with the Real Right are those people, organisations and ideologies who do not accept the framework that the Left has set on the public debate.

…The success of the Alt Right illustrates the effectiveness of metapolitical methods. Via cultural means they have changed discourse and the boundaries of the public debate; they have changed the restraints of how we are allowed to think and eroded the shared dogmas of the Left and Old Right.

Two points here: first, this is a cultural revolution, and second, it rejects Leftist vocabulary. This is important because social pressures invert terms or reverse their meanings in order to control a population of faceless equals. Cultural revolution means that instead of fighting over existing political symbols, we decide what we want first and then cause it to rise organically through many avenues.

And then follows an attempt to simplify…

“We Are The Alt-Right”

Equality is bullshit. Hierarchy is essential. The races are different. The sexes are different. Morality matters and degeneracy is real. All cultures are not equal and we are not obligated to think they are. Man is a fallen creature and there is more to life than hollow materialism. Finally, the white race matters, and civilization is precious. This is the Alt-Right.

This expresses the formula that Alex Birch and I worked up for CORRUPT back in 2008:

In a time when many people want to enter the Alt Right, and control it by redefining it, it is important to remember this bottom line: The Alt Right is against equality.

That dividing line separates the wannabes from the real deal. The wannabes will accept everything else but that; they want to eject certain ethnic groups, but are not against diversity itself; they want to throw out the elites, and then hold more elections to get new rotten elites. They want us to all be Orthodox Medieval Crusader Catholics, but then, equality is the basis of their social order (as long as one prays twice a day whilst facing Mecca, or, perhaps Pennsylvania). All of them get it wrong.

The Alt Right is a revolution against the past millennium. We do not believe in equality. From that, all else flows; equality is the illusion of our time dating back to before the Peasant Revolutions and the Magna Carta. It is the basis of all modernity, all Leftism, and the type of collectivized individualism that creates these things (which in turn arises from civilization success which enables lower orders to outnumber the higher).

This brings us back to the first opinion cited above: the Alt Right is a rejection of Modernity, with modernity not being a span of years or a type of technology, but a type of civilization design based in equality. Modernity is the cold night of the moon to the warm sun of the golden ages of humankind.

The Alt Right formed in order to get away from both mainstream conservatism, which is a hybrid of Leftism called “liberalism” or “neoconservatism,” as well as White Nationalism which essentially wants a classless society in the Leftist model in which all white people are merged together into a grey white race, sometimes called “ethno-Bolshevism.”

White Nationalism is filled with crazies and is at least 50% informants. It failed for a reason. If anything, White Nationalism is a stepping stone to reach the Alt Right. White Nationalism, and its precursor National Socialism, are still stuck in the modern paradigm of equality, “Systems” of rules and regulations, and allowing material orders like demotism — consumerism, democracy and social popularity/peer pressure — to determine what is right. The Alt Right wants us to find what is right, and then have society pursue that, instead of the other way around.

If anything, the Alt Right is more Nationalist than White Nationalism. It recognizes the need for national and regional identity in the identitarian model; it rejects the idea of forming a generic white race and then allowing modernity to exist as it has. It throws down the Constitution and burns the Declaration of Independence. The Alt Right is total rejection of modernity.

Unlike Neoreaction, the Alt Right gives a nod to Radical Traditionalism, the system of thought espoused by Rene Guenon, Aldous Huxley and Julius Evola. It wants a rising civilization against, capable of the greatness of the past.

For this reason, the Alt Right is challenging to define, because first and foremost it requires people to accept an entirely different view of civilization than anything they see around them. Then it leads them through rejection of what exists now, and some basic ideas of what they want instead. Then it shows them the substructure required to support those ideas, and suddenly, we have left modernity far behind, like Peter Pan sailing over London at night.

Those who want to control the Alt Right are trying to boil it down to a single principle, like how the Leftist ideology has “equality” at its core. This takes what is not-modern and places it back within the modern, effectively neutering it. This amounts to entryism by Leftism into the Alt Right and will sabotage it as surely as making it a Justin Bieber fan club.

Instead, the Alt Right suggests we keep going past all boundaries and all expectations. Our societies are doomed if they stay on the current path; this is a good time to dream, and for the first instance, to get it right. We are facing an evolutionary hurdle here: either we surpass modernity, or it buries us.

Perhaps the above will help some intrepid venturers make the journey.