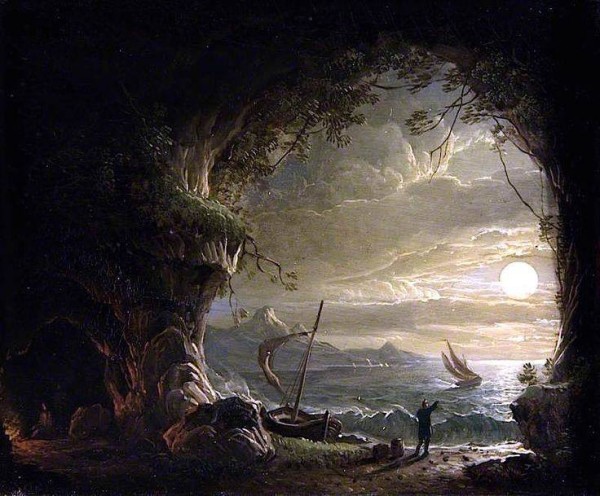 This week, the phrase “alternative right” enters mainstream consciousness as the vested franchisees of the current system attempt to explain the dissent rising around them like a maelstrom. They wanted a handy phrase to describe the mostly young, post-libertarian conservatives who are supporting Donald Trump. Calling them racists and Nazis has failed, so there needs to be a new slur, and establishment conservatives and liberals alike would like to give the alternative right a bad name.

Most of them have forgotten the roots of the name alternative right, which finds its inspiration in the phrase alternative rock. Back at the origins of that term, it described music which could not find support in the mainstream but believed itself a legitimate inheritor of the role of rock music. In the same way, “alternative right” describes right-leaning thinkers who believe society has shifted so far to the left that truth cannot be told, so it needs a new medium.

This of course freaks out the mainstream conservatives. They are being told that, like most forms of opposition in a market, they have been bought out, and the conditions of the sale mean that they cannot discuss certain ideas. In particular, few will speak up — Ann Coulter and Pat Buchanan being the most visible exceptions — to mention the logical fact that diversity cannot work, and that Leftist delight in it exists only because a Third World population is being imported to permanently skew the vote to the left. That the native population of the United States and Europe is being replaced is beyond what conservatives will discuss because they are unwilling to challenge the liberal Establishment.

The alternative right also speaks hard truths about democracy, namely that most people vote for short-term self-interest instead of what will maintain civilization, and that in groups people compromise on the lowest common denominator. Democracy does not work; the American Constitution was an attempt to limit it so that it would, but that quickly became overthrown. Now we live in a Leftist time and we are seeing the consequences of Leftism as our economies, environment and societies plunge downward into chaos, but mainstream conservatives have failed to do more than a token effort against it, collecting votes and money as The Opposition Party without opposing the core idea of liberalism — that all people are equal — at all.

With that in mind, we should look at some political definitions…

Useful idiots: These are voters who want to believe the least possible must be done to change anything because they are clinging to what they have. Useful idiots gush and drool over pacifism, anti-majority groups, revenge narratives and underdog success stories. Every enemy they want to believe is a friend, and every actual threat they wish to deny. UIs were originally a small group, but 200 years of liberal politics has increased their number and imported Third World peoples, who as a result of the natural selection they underwent back home, always support strong promises from government and forget when they turn out less than optimal.

Liberal: This is a deceptive word because liberalism is a spectrum from moderate Republican through full-on Communist and as power increases for liberals, they always drift leftward. Since it is a conformist ideology, it demands its adherents demonstrate it constantly, which they do by applying the same unrealistic theory — equality — in new and exciting ways. Thus liberalism always grows like a tumor, ending up in power, at which point it conveys the society into a Third World cultureless mixed-race population ruled by cynical tyrants. Liberals champion UIs by appealing to their fears and promoting them within the power structure.

Conservative: Originally, this meant those who conserved the best of the great ages of humankind, since humans have never changed in their psychology. Over time this became a defensive action to hold on to whatever recent past was less infected with liberal insanity than the status quo. As a substitute for stopping the decay of society, conservatives offer symbols of health — strong defense, growing economy and nods to theocratic ideas — but because the name of the game in democracy is having more UIs than the other guy, they reduce this to simplistic flag-waving. In addition, they attempt to woo liberals by being more liberal-like, and in the name of working within the system, generally give liberals whatever they want after a token resistance to keep the votes and donations flowing in.

Libertarians: These are people who have woken up to the fact that government constantly expands and does nothing well merely in order to justify its continued expansion, like a tumor. To counter leftism, they argue for extreme equality in the form of free markets, free association and freedom of contract, which would in theory allow people to exist with extremely low taxes and the ability to exclude ongoing social problems. Unfortunately, this does not appeal to UIs, and so this group forever marginalizes themselves, taking potential conservative voters out of the pool. It also suffers from the same problem as conservatism which is that it has not rejected liberalism, only tried to make a devil’s bargain with it, and the result is that any libertarian society will become Leftist at the first mass vote.

White Nationalists: It is tempting to understand these as a variety of conservative, but really they are a variety of liberal that instead of blaming the unbroken chain of terrible decisions made by democracy, foist the blame on one or more of the symptoms, usually African-Americans and The Eternal Jew™ (which they refer to as “The Jewish Question” or JQ). White Nationalists want the present world but with these others removed, but are generally content to keep well-behaved others like Asians around, resulting in hybridization and destruction of the white race. It is not surprising that most of these are trace hybrids from Southern, Eastern and Irish Europe. In addition, they serve an important role as bogeymen for the Left by acting out every Hollywood stereotype of Nazis, allowing both conservatives and liberals to drive the UIs closer to democracy by pointing out the craziness threatening from the wings.

Anarcho-Capitalists: Honest libertarians who feel no need to conceal their belief in Social Darwinism, AnCaps want a world without government ruled by business, figuring that the most competent in business will be more competent than mass-polling the UIs and apartment plankton. However, they forget that as long as the UIs exist in large numbers, they will buy products that flatter them, which will result in the return of liberalism and also massively crass commerce taking over culture. Some AnCaps, specifically the Neoreactionary wing, have tried to temper this with a belief in business leaders or other strong authoritarian presence, but generally believe this can be applied to small communities, forgetting that the vast masses surrounding them will simply vote to invade them and take their stuff.

New Righters: The New Right arose in France as a means of restoring traditional society without upsetting the much-beloved European socialist benefits system. To keep those two contradictory impulses in balance, New Right thinkers generally insist on strong centralized power, nationalism and a religious basis to society, forgetting that these external methods cannot be imposed without causing a counter-reaction, and that without the internal impetus to adopt them, people will merely work around them as they do most strong power. Nonetheless the New Right deserves credit for systematically dismantling arguments for liberalism, democracy, equality and multiculturalism, although only a small segment of the population can understand their theory-heavy writings.

Donald Trump voters: Anyone who wants Donald Trump as a President. This is a wide group, including mainstream conservatives, Tea Partiers, libertarians and yes, some from the alternative right, New Right and even white nationalist groups. Generally however, Trump voters are middle American types who simply do not want to be ethnically replaced and ruled over by Leftists, who have proved incompetent in every instance where they have seized power.

I hope this little summary can help our politicians and media differentiate the types of voters they will encounter.

A fatal flaw of democracy: humans tend to form echo chambers | Thanks, Ann