The Echo Chamber Of Equality 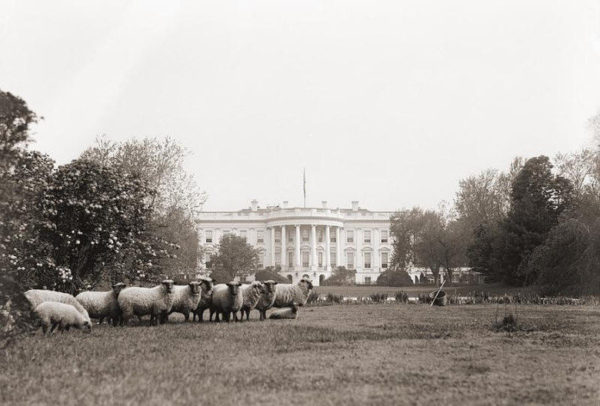 Philosophy enables us to see life not as objects bumping into one another, but the concepts that cause us to act in certain ways as resembling a Matryoshka doll: one inside of the other, until you get to the smallest one, which is the original assumption that set off the chain.

When we look at modernity, at first we see technology. But then it becomes clear that technology is only as good as how it is implemented, and that our present implementation reflects mass tastes through purchasing (consumerism) and popularity (democracy). On to the next layer by removing the outer doll layer with a floop sound.

When we look at consumerism and democracy, we see that both are unified by a belief in the equality of the individual. Floop! goes another layer.

When we look at insulation from consequences, we see that this benefits the individual and not the group. In fact, the “collectivism” of equality is based in individualism, or the idea that the choices of the individual are more important than anything else — including, and starting with, the results and consequences of those choices. Floop!

When we look at individualism, we see that the motivating force behind it is an Ego which wishes to be free of consequences and their potential Darwinian effects, which in civilization means exclusion from the group. Individualism therefore uses universal inclusion as its primary goal. Floop!

When we look at universal inclusion, we see a desire to make understanding the world optional. That is: people cannot be judged as good or bad based on how well they understand the world, which is what determines the actions they take and thus their results. They want their own thoughts to be accepted whether real or not. Floop!

And finally, we are at the smallest doll. People want their thoughts to be accepted so that what they intend, wish, desire, feel or judge is real, not reality itself. “What I perceive or want must be real,” stands revealed as the core psychology behind this whole mess.

That mentally unstable state is the origin of modernity. Or rather: it is a perpetual pitfall of human thinking, but it won out. Why? Probably because society succeeded, which caused a proliferation of people who could not exist except for society, who were able to reproduce because the institutions and social order of civilization protected them.

Perhaps there is a final Floop! here, if only in our minds. Civilization replaces nature as the arbiter of who lives and who dies; we need a replacement for Darwinism, or the process which filters out the insane, unfit, deranged, retarded, criminal and pathological.

Modernity arises from an echo chamber produced by the social collaboration of those who are individualists. They demand equality, and filter out any ideas which contradict that emotional vision, which rises from individual fear of insufficiency.

Where the Alt Right nods to Nietzsche and Plato is in its recognition of the Jack London style quest for adaptation that needs to be at the heart of our societies. Our hearts are too big and our methods too good; our intelligence and morality is what produces a surplus of those who will destroy civilization.

Naturally, none of this is politically correct, but — Floop! — it is more fundamentally not socially correct. It upsets people. And yet, it is the only path to survival for an advanced civilization.

How The EU And USA Will Implode | Charlotte, N.C. Burns In Latest Round Of Diversity Riots