Your Life Is Wasted 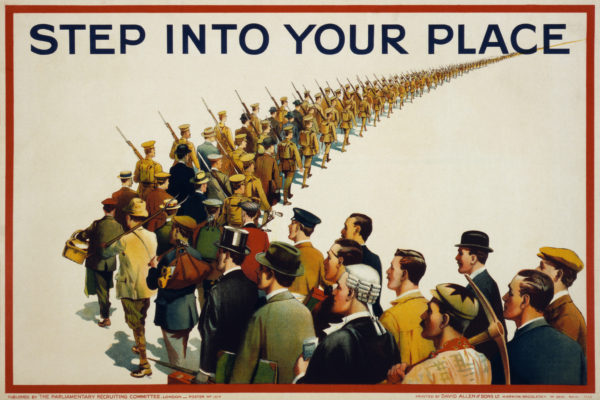 “So tell me, in just a few words, why you detest modern civilization,” said a friend over brandy and cigars back at the club.

“Too many ways to count,” harrumphed another member of our group.

I could see his point. Most evenings there, I spend my time there trying to avoid a gross faux pas while absorbing as much nicotine and mulled alcohol as possible. The conversation is good but generally, I have long given up on the interesting topics. Schopenhauer was right: talk about dogs and horses. But a reply was called for.

“It wastes your life,” I said. “Let me tell you three key ways and remember, gentlemen, that I started out in this life as a die-hard Liberal. I always want the best for humanity and to treat people well and fairly. But this has led me to surprising places.”

Believe it or not, antiwork conservatives exist. They recognize above all else that life must have a purpose, and that purpose is to enjoy life. In other words, to do life and to do it well. This requires the two components of conservatism, consequentialism (or realism) and a transcendental or optimizing goal that aims for excellence, beauty, immense inner satisfaction, existential pleasure and that sort of thing.

On top of that, we are practical men — and we are all men; did you ever know a woman to turn down a chance at being important at a job, rather than “stuck at home with the kids”? — who recognize that there is very little we must actually do. We need some kind of food, some roads, and to avoid dying in famine or warfare. Everything else is gravy, icing on the cake, and we can do without it.

Technology improves all these things, but on a curve like everything else under the sun. It is at first difficult, then a great boon, and finally, it settles into the same position of burden as everything else because it requires the same staff and labyrinth of rules to support it. At the far end of the curve, we are working for technology and not it for us.

The same is true of management. After the middle part of the curve, it becomes as much of a burden as aid. Soon we have more managers than workers. In the same way, clerks can become a burden. At some point, having all these people to take care of paperwork becomes a burden. And what if we reduce both to the minimum? Maybe we lose a few percent more each year in wastage, but we lose less of our lives to this mind-numbing, tedious labor.

During the late 1990s, this idea really exploded. Mike Judge made a movie called Office Space and Michel Houellebecq wrote a book called Whatever. Houellebecq introduced the topic, which was that jobs make us miserable and nothing that important goes on in them. Judge translated this for the masses into comedy that showed how even good jobs involved a few hours of work at most, management was insane, and most people were lonely and isolated.

These criticisms are not new. They began in the 1950s when the huge boom in Western wealth converted our surface cultures from “do the right thing” to “make the sale.” This disease spread from the top to the bottom, and now all of our jobs are a combination of past roles: clerk, salesman and now, IT guy. Most of what we do has nothing to do with any practical task.

If anything, the rise in online business has destroyed the role of salesman. The customer can find what he needs unless he is a total moron, in which case he is either a rich moron who can hire a personal assistant, or a poor moron who has no hope of buying anyway. The whole foundation of our post-1950s boom has just collapsed from within.

Now we shuffle everyone into office jobs, where one person now does as a singular role what one worker did in the past. This is a response to how dumb and neurotic everyone is, thus useless. Our managers are idiots, and our workers retards, so we dumb down the whole thing for them, which means that anyone with an IQ above that of a microwave hot pocket is in deep trouble because he or she will be bored, lonely and subtly enraged during their entire working tenure.

All of these are procedural or tactical critiques of jobs. We could do them in a tenth the time, and eliminate two-thirds of them, or numbers roughly along those lines. This is well-known among higher-ups but they also fear prole revolt, so they have designed the ultimate trap maze to keep the mice running in circles with just enough to buy goodies so that they do not notice their utter existential slavery.

The real critique is this: when your society starts making jobs be the forefront of existence, it means you have lost direction. You have given up on making sense of life and are trying only to keep the paychecks coming so the economy does not crash. Life itself has been disrespected and relegated to second-class citizen status. No one sees this as insanity because to do so is to realize that they are wasting the best hours of most days doing nothing of any real importance.

Goes Nowhere, Does Nothing

I stole this term from Star Trek. They wrote “GNDN” on the pipes running through the Enterprise in that cool font because those pipes were there for appearance only, to keep the audience pleased, as it were. The problem with living in a dying civilization, and modernity is certainly one of those, is that no matter what you do it will not matter.

In the past, people who did exceptional things had the belief that their works would live on by benefiting others. Now, we know that anything good will be ground under the wheel so that something mediocre but more profitable can take its place. Even if something is excellent, no one will recognize it because it appeals to a numerically small audience instead of the milling-about masses.

The people want 50 Cent, not Beethoven. They want Budweiser, not a pub on every corner with its own blend. They desire cigarettes, not pipes brimming with Empire Virginias pressed, panned and aged to perfection. This means that only fools pursue excellence, because the real model for victory is disguised mediocrity that is cheap to produce and sold at high margin, like Coca-Cola or the Republican party, come to think of it.

We are familiar with the trope of the innovative artist: laboring alone in poverty, he makes great works and is totally ignored. He dies in squalor and confusion, and then fifty years later someone makes a fortune by “discovering” his works and making him a household name. We have replaced this role by cutting out the innovative artist and replacing him with the recombinant aesthetics of the “creative” who have been taught to be so.

These people come up with “new” ideas that are re-mixes of old ideas, and give them the best slick surface that training and money can buy, and then are lauded as new undiscovered artists. The public, accustomed to the trope — and tropes are fun, like simple dances, because everyone can participate — lunges for the mediocre wrapped in shiny paper and then the artist is forgotten. See, we have made the process more efficient, just far lower quality.

All of this means that no sane person is going to spend their time on making objects of greatness. That is a path to getting ignored in the present, and, because our society is degenerating, not noticed in the future. No one cares about quality. As a result, if you slave away writing great symphonies, they will go into a dusty old library where no one notices them, which then burns down as a result of the incompetence of its staff.

We Are The Robots

The last one hits me closest to the heart: a society designed around equality turns its people into mechanical parts. The old saw about cogs in the machine comes to mind. Each person must be a worker, a consumer and a participant in some kind of social scene. We have converted everything that is not-work and not-buying into socializing.

This means that life is a robotic process of following what others are doing and trying to participate, without any ability to show distinction except by doing a different version of what everyone else is doing. Someone always wins that lottery, gets his fifteen minutes of fame, and then disappears into the memory hole, and everyone else chases the new trend.

In short, our society is vapid and worthless like most dying empires. It has replaced actual goals with nonsense and now demands we spend our time on this nonsense, robotically going through the motions. Anything that actually reflects us or our unique abilities is ignored, then trodden over as the crowd rushes to the next attraction or should I say, distraction. Your time is wasted by this process alone.

When people say that Europeans are not breeding at replacement rates, or that idiots seem to rule in every area of life, I point to this dilemma: when life becomes a repetitive process, anyone who wants to really live checks out and heads for the hills. There are not enough jobs as writers, artists, musicians and the like for everyone, and in those honesty is deprecated, which makes them a form of slavery to trend. It is misery.

Then take a look out the door. Constant make-work and busy-work. Cars drive around as if aimless, businesses scream advertisements, government lines the roads with signs warning us about how fun things will kill us. Every few years there is a new panic — drugs, Nazis, global warming, AIDS — that turns out to be a non-issue for most of us. There is no peace of mind or contemplation, because to have those would reveal the emptiness of it all.

“And that, gentlemen, is why modern society is worthless, in a nut-shell. This society has lost purpose. We no longer aim high for anything. There is only the activity we do to compensate, and it is designed for idiots by idiots, which slowly kills off the non-idiots.”

“Much as Satan fell to earth, and decided it was better to reign in Hell than serve in Heaven, by giving power to Man over nature and God we have made a Hell of what could be Heaven. Since it is not visible like an apocalypse or zombie attack, it goes unrecognized. They waste your time, all of it if they can, because they have no purpose of their own.”

And with that, I sipped the brandy before it got too warm, and puffed my smoldering cigar back to life.

We Are Drowning In Mental Incompetence | The Death of “Exit”