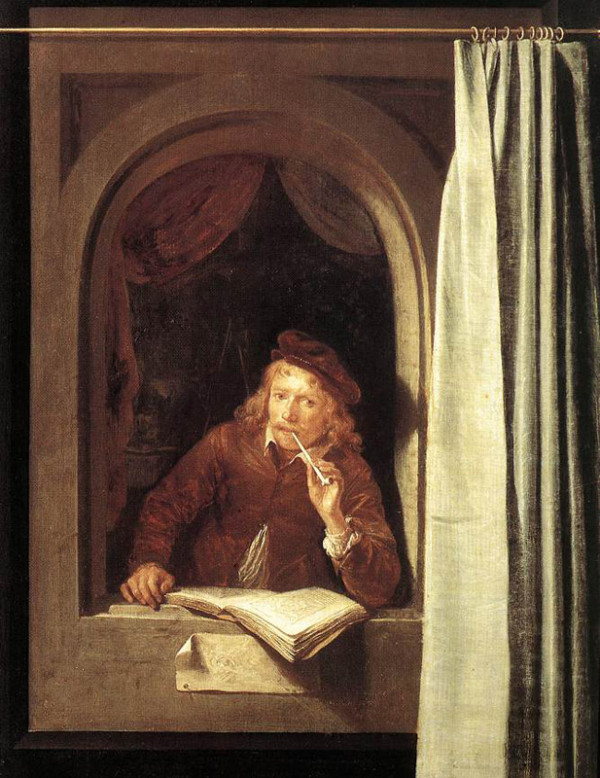 Barack Obama and Bernie Sanders may be the greatest gifts — or the only gifts — the Left has given to the Right.

Our media myth tells us that Leftists are smart (in lieu of wise), economically savvy and future-oriented. Then we get one in office, and another in the pipeline, and they pull aside the curtain and reveal their actual agenda.

Obama can be summarized in a simple phrase: “Get back at white America.” His is the resentment presidency, tempered by his Clinton-like tendency to read the polls and do whatever he can get away with, as long as he is acting like a football coach and moving the ball further toward the other team’s goal.

Sanders on the other hand seems to have stumbled straight out of 1917. What makes him frightening is the adoring crowds of clueless people who, upon finding themselves suffering through a Leftist society, have decided that the solution is more Leftism because it promises free money and bennies. Sanders has done more to discredit democracy than anyone else except Angela Merkel.

All of the resulting social, political and economic chaos shows us the West circling the drain. Europe, overrun by violent jihadi immigrants, shrugs her shoulders and re-adjusts the tablecloth; America, staggering under a surge of invading Mexicans, preens and pronounces itself The Most Accommodating Girl of All. Obama plays clever foreign policy games in Syria and gets one-upped by the quasi-dictator of Russia, while the populations and businesses of the West — burdened by regulation and taxes — get repeated trounced by rising forces in Asia.

And from our politicians? Silence: they are not leaders; they are actors. Their goal is to appear to be doing something while doing nothing about problems which require actual risk to solve. They sell a product, and it is peace of mind. It is an illusion of course, but all good products are. If heroin really made life better, would anyone use it more than once?

On and on, South of Heaven… the upshot of all of this chaos is that it is driving together all of those who are not fully liberal. Liberalism has, at the hour of its triumph and greatest vulnerability, gone ballistic with SJWs on one end and full-on 1960s radicals pushing their ancient 1789-1917 agenda on the other. Its agenda has changed from punishing those who wrong it to eliminating any who do not agree. This has bunched together a diverse coalition of libertarians, conservatives, traditionalists and those who simply fear the big government strong ideology type of society that this path will unavoidably create.

These groups are starting to recognize that egalitarianism is the idea that consumes all other ideas. Once you declare the everyone must be equal, everything in your society becomes “democratized.” There is no longer a standard of behavior. Quality standards fall as well, with flashy chrome replacing smoothly working machines. What was originally told to us — that we should accept others, but could keep living as we had been — has been revealed as a lie. The point of egalitarianism is to use equality to force us to all be identical, at least in the important ways.

All of us are seeing the same things: a cadre of elites who lie for their own benefit, a complicit media, years of terrible policy no one can seemingly remove, and a vast herd of voters who cast their lot with greed or panic but never reasoned activity. This is how democracy was designed: to retard power so that life could be normal, but in the process, it creates a replacement leadership that does not have the best interests of citizens in mind. Instead, it treats them like raw materials for an industry of its own creation. In other words, it becomes a parasitic business working against the interests of citizens.

In fact, awareness of the parasitism caused by the State — or any form of external government — is spreading at the fringes of media:

Fortunately, for those who benefit from the status quo, and members of something called the Deep State, the trillions of new currency units delayed the liquidation. But they also ensured it will now happen on a much grander scale.

The Deep State is an extremely powerful network that controls nearly everything around you. You wonâ€™t read about it in the news because it controls the news. Politicians wonâ€™t talk about it publicly. That would be like a mobster discussing murder and robbery on the 6 oâ€™clock news. You could say the Deep State is hidden, but itâ€™s only hidden in plain sight.

An even simpler explanation suffices, and by Occam’s Razor, supplants this explanation: government becomes a franchise. Without a clear purpose, it starts inventing purposes for itself as it did in the US in the 1820s, and then begins to increases its power. Like a utility company, it wants to charge you the most it can without having you flee to another company. It has an additional super-ability however which is that it can make laws that force you to do what it wants. Government grows like a hemorrhoid, engorged on the blood of taxes and lucrative industries reserved to itself alone, and soon like an overbearing corporation begins to control the market itself — the voters.

What are alternatives to the State? Libertarians and mainstream conservatives favor small government, which means removing the 60% of our government that is dedicated to ideological goals like equality, ending poverty and regulating industry. That leaves government in charge of the military and NASA, which is probably enough for any group. Others from the anarchist fringe want the state removed and left gone, but something must take the role of leadership so that seems unlikely. Still others want to replace the State with actual leadership, such as monarchs or military leaders, and to downsize government to the role of leadership — not morality — alone.

Neoreaction tends to identify the “Deep State” as “the Cathedral,” which carries overtones of a deliberate attempt at control; conservatives and libertarians see this as more of a market distortion created by a company protected against monopoly yet given an exclusive role. All of us agree that the postwar order has shifted steadily left, continuing the barely interrupted pattern since 1789, and that this has enfranchised a group of Leftists who profit from continuing business as usual in our left-leaning governments in the West. Not surprisingly, our fortunes have declined in direction proportion to our increasing Leftism, and existential misery and self-destructive behavior have increased. The latest barrage of outrage is only a symptom of that underlying will to die that liberalism has inculcated in the West.

With the rise of the Leftist establishment, the excesses of the left, which is now an old and bloated empire, are serving the purposes of the Right. Each crazed Bernie fan or Obama zombie, and every abuse and failure of those administrations, accelerates the point at which the remaining effective people in our society realize how deep the root of the problem goes: Leftism is incompatible with civilization. And to remove it, they will have to fragment the West and separate the Leftists from everyone else, letting the former face the long-term fate of their irrational ideas.