What is an alternative right? 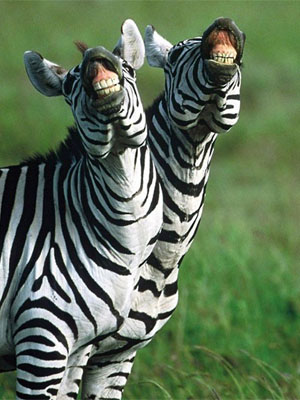 Nobody likes the mainstream parties. There’s a simple reason. If you’ve ever tried to pick a restaurant in a group in ten friends, or sat in on a committee meeting, you know how when you get a large group together, you end up not with the intersection of their best traits, but their traits in common, which are by definition unexceptional.

When people assemble a party like the mainstream Democrats or Republicans, they’re trying to distill a wide range of perspectives into a single platform. For example, the Democrats have to accommodate classical liberals, progressives, Utopians, anarchists, Socialists, left-greens, feminists and Communists. You can’t make everyone happy, so instead you focus on symbolic and mostly arbitrary issues.

The right is even more confused because the right is not based on a singular idea (egalitarianism) for a singular group (the discontented) as leftism/liberalism is. The right is based on the idea of finding methods of living that work well, preserving values that uphold those methods, and basically “conserving” good things against the onslaught of easy answers like commerce, popularity and hedonism.

As you can imagine, there’s no good way to sum up these two abstract ideas in an issue, so they become general tendencies. The Democrats become the party of acceptance and, to facilitate that, entitlements and special interest politics; the Republicans become the party of defending common sense against the insanity of such personal politics, and so end up cheerleading for capitalism, small government, capital punishment, religion and the military.

The problem is that especially for young people, these facets of society seem to be part of the problem because they are infected with the same decline that has blighted all of the West since the appearance of liberalism. Conservatives appear to be defending the dysfunction and greed (which is really a desire to escape the rat race) instead of upholding a moral right.

For these reasons, interest in a right-wing alternative has been building. People are realizing that issues politics will not solve our problems, which require “deep” solutions which involve a re-examination of the architecture of our social system.

However, they are caught between the mainstream right which skims the surface of conservatism and an “underground” far right which over-amplifies certain aspects of the right and turns them into a religion which justifies both social non-participation and failure. Like many self-styled ideologues, these undergrounders are looking for an identity and a way to explain their drop-out status as anything but a loss.

This leaves the average American or European — middle class, semi-religious, not very dogmatic, but interested in practical solutions and increasingly, long-term solutions, especially as they have kids and their kids have kids — with not too much of a good choice. The obvious and practical solution is to participate in the mainstream right and use it to demand deeper solutions, but this requires direction and clarity that most people — busy with jobs, families, churches, volunteer groups, etc. — are unlikely to have.

To this end, a number of Alternative Right movements have risen around the West, trying to combine the ideological clarity of the underground with the mass appeal and pragmatism of the mainstream right-wing. Many of them, including the site linked, have done a credible job of it.

However it is still hard to define an alternative right. We know it’s not far-right, but it’s also not neoconservative because neoconservatives have deeply imbibed the liberal dogma of egalitarianism. It’s definitely anti-liberal, but anti-movements don’t go far until they realize what they actually want. It needs something else, a direction, that unites the disparate parts of its belief system.

While we watch Marine Le Pen succeed in France and Mitt Romney run the most outrageously conservative campaign since Ronald Reagan in the USA, it’s important to not get lost in the symbols of what what stand for, and to remember what it is that we value and why we are involved. Then we can pressure the mainstream to adopt these alternative right views and get closer to honest conservatism.