#AltRightMeans: The Alternative Right Is A Two-Headed Dog 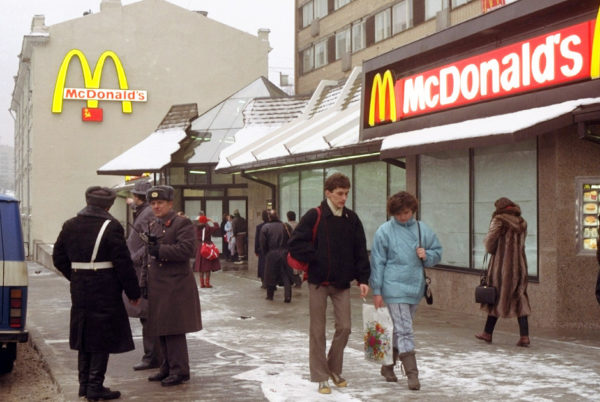 As official mouthpiece of globalism Hillary Clinton prepares to attack the Alternative Right, people are becoming curious as to what the Alternative Right actually is. No movement has been more enigmatic and less understood in recent history, and none will ever be so resistant to debunking.

Those of us who were writing back in the day with CORRUPT hit on the same formula that you see on contemporary Alternative Right sites: nationalism, anti-democracy, human biodiversity (HBD) and a sense of needing a goal, even a transcendental one, to society itself, as opposed to merely needing religion. We saw the Alternative Right movement as a “true Right” which did not have to make itself into pleasant salesmen to sell the voters denatured versions of right-wing ideas with all the controversial, triggering, upsetting and otherwise realist parts removed.

In this sense, the Alternative Right lives up to its name: the mainstream Right has become corrupted in the same way every other institution in the collapsing Western Civilization has. Once politics takes over, an inevitable drift to the Left commences because equality rewards the lowest common denominator. As a result, conservatism and Right-wing politics have come to mean the exact opposite of their original meaning, and the Alternative Right is zeroing the compass on true north yet again.

Although it combines many views, the essential philosophy of the Alternative Right is Nationalism: the idea that what defines a nation is the ethnic group and its corresponding culture. Ethnicity = the nation. Ethnicity = the culture. This inescapable truth can be verified by looking at human history, and noting that the happiest most successful nations are the least ethnically diverse, while the least happy and successful tend to be diversity paradises like Brazil.

The root of nationalism is this recognition that a nation cannot be forced into existence, but rather arises from a genetically-related group who, since they share traits and abilities, form a cohesive unit which does not require constant control through force, because its shared preferences create cultural standards and norms which make it self-regulating:

To be harmoniously embedded and contextualized in oneâ€™s own culture is, as everyone everywhere seems to have understood until the latter half of the last century, the foundation and bedrock of normal human experience, and is generally a precondition for individual happiness and flourishing. Furthermore, the variety of human cultures is not a superficial fact, nor is it a matter of contingent historical accident; cultures do not simply fall from the sky and land, haphazardly, upon whichever human population happens to be passing below. I believe they are best understood, instead, as what Richard Dawkins has called â€œextended phenotypesâ€œ.

The idea is a simple one: a biological organism has both a genotype, which is the sum of its genetic information, and a phenotype, which is the physical result of the expression of the genotype â€” the term â€œphenotypeâ€ usually being understood to refer to the organismâ€™s body. Dawkinsâ€™s fertile insight was that the phenotype extends beyond the body, into the wider world.

…In H. sapiens, the social animal par excellence, the extended phenotype quite naturally includes culture. And just as we see variation among subspecies for, say, bowerbird nests, we should expect to see that long-isolated human populations, whose genomes have been subject to widely varying selection pressures throughout their history, will create different, often very different, cultures â€” cultures as distinct as their physical appearance. And so we do.

As with all things in nature, nations are not made of rigid squares and lines, but of a center which associates all of the parts. This is why traditional societies were nationalist: they admitted few if any outsiders, were xenophobic in outlook, and did not require modern legal, police and economic systems because most behavior was guided from within. This “from within” means both from within the group, and from the inner conscience and awareness of individuals.

This realization leads to two heads to the Alternative Right platform:

Civilizations in decline turn toward egalitarian ideas because there is no longer any center to their existing belief; they no longer have a sense of shared purpose, so instead they focus on what will keep the inmates pacified. Equality is this pacification, which takes the form of a social contract of “we will include all of you in our society, as long as you support this ideology which will be used to control you.” Equality wins because it is socially popular; it is never a winning play in a social group to deny that all people should be included because someone else will come along, offer universal inclusion, and have more Twitter followers and drinking buddies than you will.

Our current civilization is just one stage of the collapse of Western Civilization. There are five stages of grief and loss which mark recent history:

All dates are approximate. As Plato noted, once there was a golden age where people lived for purpose alone; when that failed, we began to work by the opposite principle, which is that we determined purpose from ourselves. At that point, commerce and social popularity invaded, and the long slow decline began through a staggered series of civilization collapses including ancient Greece and Rome.

The core realization of the Alternative Right is that our enemy is not the many red herrings raised by the media and government, but civilization decline itself, and that the way to fix this is to go back to a biological metaphor and focus on health. Specifically, we must focus on the health of the nation, which is expressed through what forms a nation over the centuries: its people, which form a specific ethnic group and have roles within that group, through both the vertical measurement of caste and horizontal divisions for specific abilities.

This is why the cornerstone of the Alternative Right is nationalism. Nationalism preserves an ethnic group and shifts focus from government to culture. The population then eliminates the primary vector for the introduction of parasites, which is the tyrannical nature of government that always preaches to people what they want to hear and uses the ensuing enthusiastic support as a mandate for doing what government does, which is solidify its power at the expense of the nation. During the past 227 years, this trend has accelerated greatly, but it really took off after World War II and then, when the threat of Communism was removed in the late 1980s, kicked into high gear over the past twenty-five years. The results have been disastrous.

Equality will always be the favorite idea of both governments and large crowds of people. It spreads those good feelings of pacifism through the thought that by equally including everyone, we have eliminated conflict and can now let only the good events occur. This especially appeals to children, morally weak men, and women, and this is why governments are adamant about expanding the voting franchise as far as possible, which inevitable leads to the “if people are equal, why aren’t they equal everywhere?” mental meme which shortly precedes the abolition of borders. Governments take over prosperous nations and leave behind vast impoverished masses of mixed-race grey people living under third-world conditions. Modernity is predicated on the idea of government with its sword of equality replacing national identity, culture, heritage, religion and customs. Political correctness is the method of enforcing modernity, making people deny reality and promote equality or lose their jobs, friends, homes or worse.

So what does the Alternative Right mean? In the short term, it means that postwar Leftism has failed; in the long term, it means that modernity and equality have failed. This is the core of the Alternative Right. It recognizes actual power, and realistic thinking, as the root of civilization, which means a reliance on biology and history instead of the preferences of the herd. It rejects the legitimacy of modernity and instead recognizes it as a path to death, and in doing so, focuses its attention on restoring civilization so that we overcome the causes of modernity. Those causes exist in human individualism and the megalomaniac egoism it fosters, and those in turn originate in turning away from the precept of Plato’s golden age, which was that purpose and ideal in a naturalistic sense must come before convenience, pragmatism, popularity and even self.

The current media focus on the Alternative Right is an attempt to subvert it, not celebrate it. As one sensible critic wrote:

A short definition, that seems to me uncontroversial: The Alt-Right is the populist dissident right. Set theoretically, NRx is therefore grouped with it, but as a quite different thing. Another obvious conclusion from the definition: the Alt-Right is almost inevitably going to be far larger than NRx is, or should ever aim to be. If you think people power is basically great, but the Left have just been doing it wrong, the Alt-Right is most probably what youâ€™re looking for (and NRx definitely isnâ€™t).

However, the Alternative Right fails where — as media certainly wants it to do — it distills itself to populism. The point made above by Nick Land’s text is that “people power” always shifts Left because it is based in the human ego, and the individualistic human will choose what is morally and mentally convenient over what needs to be done to create and nurture a healthy civilization. People choose what is easy when the choice is left up to them, and double down on that approach when in a crowd, because whether in democratic voting or any other popularity contest, crowds have zero accountability. People vote for something and then blame an abstraction, “the vote” or “the others,” for its failure.

Instead, it makes sense to view the Alternative Right as one of those decision points in history where what was assumed to be correct has been revised; it is a rejection of democracy, equality, “people power,” populism and any herd dynamics. Instead, it aspires to hierarchy, nobility, strong arbitrary authority, transcendental purpose and self-rule by each nation through its own culture and internal Darwinistic selection process. This is not a Jeffersonian revolt, but a Nietzschean one. That this is lost on most people is indicative of the ongoing failure of any politics based in the individual, and not the Alternative Right itself.

Today the Leftist and globalist candidate Hillary Clinton will attempt to link Donald Trump to a strawman of the Alternative Right, and will almost certainly call us ignorant and racist and bigoted and all of the usual Leftist dog whistles for “not Leftist, therefore bad.” In doing so, she will strengthen the Alternative Right. It will then have to face its own internal indecision: does it rise above all of recent history, and restore Western Civilization to greatness, or content itself with being — like the mainstream conservatives — another watered-down attempt to merely stop the advance of Leftism in the short term?

The Death Spiral Of “Expertise” | #AltRightMeans: What Is The Alternative Right?