Correcting confusion about the alternative right 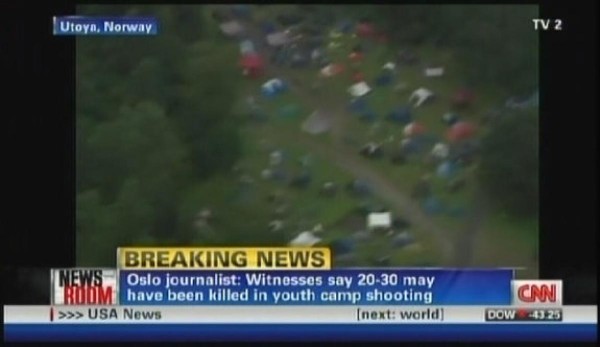 Most of us know what a tree is: a large plant with woody branches. A tree is also an abstract form of data that resembles the outlines you did for papers in high school. There is a topic, and off of it, branches that support a thesis or interpretation of that topic.

Over at Alternative Right, the gang found some guy trying to explain the alternative right. He did an admirable job, but for the clarification mostly of right-wingers, I offer the following elucidation, using the form of the tree.

The ideologies espoused by “alt right” types can vary greatly, but broadly speaking includes certain sorts of extreme libertarians, immigration critics and “race realists” (basically intellectual racists and anti-semites), “neo-reactionaries” (who argue against democracy, human rights, and other manefestations of modernist philosophy), and anti-feminists, including some of the “Men’s Rights” crowd.

All of those other definitions are branches off that topic. Race realists look at the differences between ethnic groups. “Racists” — the word “racist” is made up by leftists and has no meaning — are those who dislike other ethnic groups, or as liberals define it, simply notice ethnic differences and/or wish to live among their own. Nationalists are those who, like me, believe in self-rule and respect for every ethnic group and race (races get continents, ethnic groups get nations). Neoreactionaries get the best definition above, but he might add that modernist philosophy is defined by its egalitarian, utilitarian basis. Anti-feminists are opposed to a form of egalitarianism called feminism that focuses on equalizing the gap between males and females. When you view the above as branches of anti-egalitarian thought, the associations become clearer.

But there is also a more generic or moderate flavor of alt right thought that may not fully embrace any of the above agendas, but still be sympathic to their contrarian messages of skepticism towards prevailing conventional wisdom on matters like race, gender, and electoral politics.

Its main subjects of scorn tend to be out-of-touch, left-wing elites in politics, business, academia, and the mainstream media who they believe to be actively ruining society through their aggressive embrace of feminist, multicultural, and post-modernist ideas.

Not really. Our main source of scorn is mob rule, which is enabled by democracy, equality and altruism.

Our response to it is hierarchy, or having a social order where we put the most competent on top and exclude trends, fads and manias from dictating our policy.

The elites — who are not natural elites, or the most competent, but meritocratic elites or the most obedient to education, government and industry — are in power because of mob rule. People in committees or bigger groups always make bad decisions. What is popular is generally bad.

We are primarily about change through culture, since change through government tends to be corrupted by the franchise that is government. Government has the aegis of public interest to protect it as it goes about activities that resemble those of profit-making corporations, except for government the profit is distributed in salaries to the elites and benefits to business entities. This includes regulation, which essentially provides a liability shield for companies that conform to the paperwork, which enables them to hide bigger transgressions that are not formally defined. Law is always “by the letter of the law” and not by intent, which enables regulated entities to get away with near-murder.

The alt right is an interesting, creative, growing intellectual movement within broader American conservatism. It appears to be led, and most enthusiastically supported by young white men, who could rise to become an important force within Republican politics and Republican-aligned media. Already we are seeing some “mainstream” conservative publications and institutions â€” particularly Brietbart and the American Enterprise Institute â€” coming under greater sway of the alt right, as a new generation of young, web-savvy conservatives begin to rise to prominance within them. Alt right fans are passionate and energized, and represent an attractive demographic of readers, activists, contributors, consumers, and voters for any savvy conservative leader to harness.

No disagreement. But it makes more sense to style it as a movement than his earlier comment:

The “alt right” exists mostly in the form of an archipelago of blogs, podcasts, and social media accounts, many of which center around a single pseudonymous commentator.

It exists as a group of people who agree on roughly the same thing: democracy and equality are lies; we chose a bad path at a fork in the road two centuries ago, and we need to go back and pick another route.

We are pseudonymous because opposing democracy and equality will get you fired from your job, have your business confiscated, your family taken, your friends abandoning you and your rental or owned home removed from your control. They will destroy you for failing to affirm the dominant illusion.

He makes a point for alt-righters that is very much worth attending to:

A lot of alt-right commentary tends to be more easily defined in terms of what it opposes than what it supports.

It is also a cheap shot. We are the resistance movement to liberalism; we want non-liberalism. In my mind, that means going back to the root and through cultural change, removing individualism and replacing it with self-interest in context of social role. It means nationalism, or one ethnic group per country (send all non Western Europeans back to their homelands). It means having an aristocracy, or people chosen by ability and character rather than obedience to industry, academia and popularity, instead of mob rule. It means a removal of millions of lines of law and their replacement with a few informal principles.

But, it is not a terrible thing to contemplate what our world would look like. We tend to do a fair amount of it here, but it is hard to visualize from abstractions. Nevertheless, that is too wide of a scope for this article.