What if the alternative Right took over? 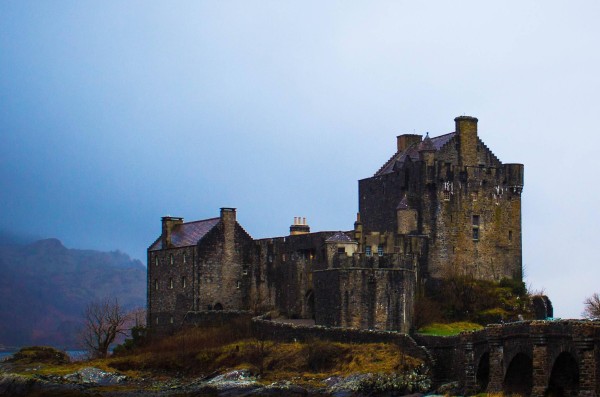 You see the alternative right in the news lately because with the rise of Donald Trump, we have seen that the “mainstream right” has become dominated by those who are good at compromise, not winning.

Such things should be expected in any political system because when you set down rigid rules, the strategy required to win according to the rules replaces actual winning. This creates a selection matrix for those who are good at playing the System, not those who are going to push hard for goals outside of the system itself. From this condition arose the modern cuckservative who essentially embraces left-wing goals in order to get along with the other politicians who are, in effect, his coworkers.

In response to this, the alternative right began as a cultural movement toward certain ideas and developed into an organ of truth-telling in a time of universal deceit. On the surface, it is a dissident movement against the conclusions of a corrupted system; underneath, it is an attack on the methods and values that allow such systems to perpetuate themselves when all sense and logic suggests their conclusions are wrong. The alternative right is a correction to our current political process as much as to its contemporary policies.

As might be expected, “alternative right” is an umbrella term. It includes those who would otherwise identify as white nationalists, paleoconservatives, New Right, orthosphere, monarchist and anarcho-capitalist (including National Anarchist). There is no resolution as to the outcome of its ideas in the alternative right because it is a think tank for cultural change which wants to build momentum and clarity of vision before it selects specific proposals. You can see this in action over at Alternative Right or its spinoff, Radix Journal.

The one thing the alternative right is sure about: classical liberalism of the equality plus free markets idea is not welcome. In fact, across the alternative right, the sense seems to be that “invisible hand” systems of this nature always produce what we currently have, which is mob rule with cynical low-quality corporations at the top. This outlook synthesizes right wing and left wing ideas, but more importantly, accurately describes the situation of our civilization as a human problem and not a political one. The bigger the mass, the lower the quality.

That leads to conflicts such as the following analysis from Outside In:

This blog, I’m guessing predictably, takes a count me out position. Neoreaction, as I understand it, predicted the emergence of the Alt-Right as an inevitable outcome of Cathedral over-reach, and didn’t remotely like what it saw. Kick a dog enough and you end up with a bad-tempered dog. Acknowledging the fact doesn’t mean you support kicking dogs — or bad-tempered dogs. Maybe you’d be happy to see the dog-kicker get bitten (me too). That, however, is as far as it goes.

A short definition, that seems to me uncontroversial: The Alt-Right is the populist dissident right. Set theoretically, NRx is therefore grouped with it, but as a quite different thing. Another obvious conclusion from the definition: the Alt-Right is almost inevitably going to be far larger than NRx is, or should ever aim to be. If you think people power is basically great, but the Left have just been doing it wrong, the Alt-Right is most probably what you’re looking for (and NRx definitely isn’t).

For the Alt-Right, generally speaking, fascism is (1) basically a great idea, and (2) a meaningless slur concocted by (((Cultural Marxists))) to be laughed at. For NRx (XS version) fascism is a late-stage leftist aberration made peculiarly toxic by its comparative practicality. There’s no real room for a meeting of minds on this point.

As a consequence of its essential populism, the Alt-Right is inclined to anti-capitalism, ethno-socialism, grievance politics, and progressive statism. Its interest in geopolitical fragmentation (or Patchwork production) is somewhere between hopelessly distracted and positively hostile. Beside its — admittedly highly entertaining — potential for collapse catalysis, there’s no reason at all for the techno-commercial wing of NRx to have the slightest sympathy for it. Space for tactical cooperation, within the strategic framework of pan-secessionism, certainly exists, but that could equally be said of full-on Maoists with a willingness to break things up.

He brings up two specific points of interest centered on the same point:

For right-wingers here it is important to translate from libertarianism, which inherited a mostly leftist vocabulary. Statism means having a modern government as opposed to strong power, which can take several forms; “fascism” is a generic container for all authoritarian rule. With that out of the way, you can see his point: the alternative right has not yet escaped the framework of government designed by liberalism. That means that it both supports authoritarian rule, and the type of socialist or other managed state desired by mass political movements.

I think he is correct in these critiques. However, to understand the issue in depth, one must look into the history of the alternative right. The alternative right is a cultural revolution which wanted to escape the taboo on a series of related ideas like monarchy, nationalism, eugenics, human biological diversity (hbd), and anti-democratic thought. It does not come from a libertarian view, but more of an atavistic one. The alternative right is Oswald Spengler meeting Colonel Kurtz at a Nietzsche book club.

As a result of this “cultural” approach, the alternative right is not a political agenda but an attempt to change values. During the late 1990s, I wrote about what were then considered “extremist right-wing” notions on an underground philosophy/culture website, which then expanded into CORRUPT.org during the early 2000s, and now continues on here. Influential also during this time were writers like Michel Houellebecq, bloggers like Bill White and Bruce Charlton, artistic movements like black metal, and the rising libertarian wing that people like Eric S. Raymond chronicled as a means of criticizing the present order. All of these influences flowed together for a number of writers who saw this civilization as a dying, falling empire.

Looking into the future, we can see where alternative right, Neoreaction and the oldest threads of conservatism overlap — and that this is an agenda we can agree on, and which the mainstream right is increasingly supportive of:

Right now, no movement expresses these ideas in their raw form. But much as the alternative right used the method of cultural change to accelerate right-wing thinking, and Neoreaction builds from the libertarian wing, future right-wing movements will return to the crucial moment called “the Enlightenment™” when the West broke away from organizing our society according to an order larger than the individual. Those movements will insist we break away from Enlightenment-style thinking entirely.

That much is certain. The question upon us now is how to include the changes since that time in a society which, while greater in every intangible way, did not possess the convenience of the present which we enjoy. My suggestion, a type of thought called Futurist Traditionalism, is that we focus on the fourth point, a transcendental order to existence, and use it to guide our adoption of technology. In other words, we must look to our goals and not our methods and, if our goals are good, use any methods appropriate for achieving them.

With that in mind, what would our right-wing post-Enlightenment future look like? My guess is a lot like now, except that instead of layers of government, you will have a local lord and his staff to solve all problems, and kings at the national level to lead you. There will not be any regulation to speak of, but the local lord will have arbitrary power, so if you pollute a stream he will show up, investigate and make you fix it. Taxes will be low and most of the land will be owned by the aristocracy, who will keep it in near-natural condition. There will be a caste system to keep competition low and stabilize society, but among those who are of the higher castes, free market thinking will be natural and happen with low intrusion from the lords or kings. Life will not be “managed” as by a state, but anarchic, with the dark side of anarchy present: no one will be obligated to accept you, let you live among them, or to sustain you, so your behavior has to fit with that of your neighbors. Culture will be more important than government, and with that, media and entertainment will recede in importance. As with all successful societies, nations will be homogeneous, with a few smart people on top keeping the rest in check because most people and all large groups are unrealistic and destructive in their urges.

After the disaster that was the French Revolution, however, I think the new aristocrats will add one major change to the past and the status quo they will integrate: exile of the lower echelons. The French Revolution happened because under the good leadership of the aristocracy, the lower echelons — who practice r-strategy reproduction and fornicate frequently to produce as many offspring as possible — expanded in population to beyond the carrying capacity of their environment, and then blamed their leaders for not having been so fascist as to curtail the reckless fornication. In the future, leaders will selectively exile the least useful members of the lower echelons, gradually improving the quality of the population and avoiding the bottom-heavy form of overpopulation that brought us liberalism.

The point of the alternative right is to cast doubt on the idea of the diverse, liberal state with lots of regulations as our best possible future. Instead, we need to finally tackle some grim realities: that most people are literally insane, but at a low level, and their decision-making is bad. That in groups humans always pick the wrong answer. That equality is nonsense, and democracy is suicide, and diversity is merely population replacement for the convenience of our Leftist leaders. And in crossing a taboo line, we must acknowledge that our survival depends on us reversing the pathology of equality, which everyone seems to follow because parroting the dominant idea leads to success.

With liberalism, we have now seen the truth: it behaves like an infectious pathology, spreading between minds, forming a giant mass of zombie ideologues who refuse to acknowledge the failing of their ideas. These take over society, displace the nativist population with imported third-world labor, and destroy that civilization as thoroughly as Athens and Rome exterminated themselves biologically and culturally. To avoid that, we must give up on the fond ideas of liberalism, and return to realism, which is what all non-Leftist movements including neoreaction and the alternative right share.