The Anti-Society: The Alt Right Is Tired Of Living In Mordor 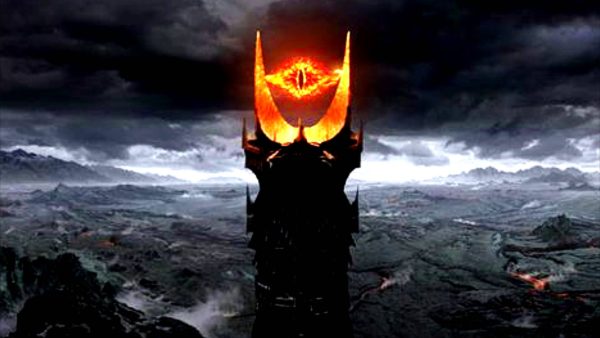 As the Alt Right reflects on its recent rise to prominence, a battle has emerged for defining the group. Its constituent components — white nationalists, libertarians, conservatives, traditionalists — are each asserting their beliefs in an effort to shape the understanding of the Alt Right.

The problem with this approach is that it fights on the surface, and fails to look at the motivation behind the rise of the Alt Right, and more importantly, its acceptance outside the margins of political discussion.

Racial problems will not go away, Leftists will not stop until they go Full Communist, and the media cabal running our nations intends to harm us.

From a thirty thousand foot view, the rise of the Alt Right is not perplexing: Leftism had seventy years in the time between the end of World War II and the present day to make good on its promises. As the economy, hampered by undue regulation and a massive subsidy state, cratered in the 2000s, normal people who previously had accepted the high costs and mounting red tape because they did not impact daily life, started to get nervous.

We could afford to buy off minority grievance groups, deal with the government-created positions like diversity officers, and shoulder the extra expense of buying homes in gated communities, paying for private security and medical care, and the lowered wages that come with distribution-oriented states.

We could grumble and throw vegetables at the television (do not waste pizza pockets expressing discontent; they are more valuable than cigarettes in prisons, rumor has it) when the latest Leftist outrage explodes across the screen. These things seemed like small outrages that were irritating but did not obstruct our quest for happy, fulfilling lives.

At this point, however, we have seen enough of the path ahead to realize that it heads down the mountain and not to another peak. Racial problems will not go away, Leftists will not stop until they go Full Communist, and the media cabal running our nations intends to harm us. “Normal” life is actually toxic.

When that realization hits, people can no longer just float along and go with the flow. Instead, they face a choice between becoming complicit in the destruction, and resisting, which involves being called lots of nasty names by PC SJWs and their analogues in media, government and industry.

Once the individual has made it to that point, suddenly the whole ball of rationalizations and justifications that allows the modern time to exist will unravel. We start realizing how much this society is unlikeable, but we are afraid to criticize it because everything else seems so much worse. And who says so? Oops: that media cabal.

At this point, however, we have seen enough of the path ahead to realize that it heads down the mountain and not to another peak.

The grim truth is that the reason European-descended peoples are not reproducing at replacement rates is that life in the West has become horrible, and it has been that way for some time. T.S. Eliot told us when he wrote “The Hollow Men” and Wild Bill Faulkner revealed the decay in books like Sanctuary. Scott Fitzgerald demonstrated the breakdown in Tender Is The Night, and Ernest Hemingway pulled back the curtain on existential misery with The Sun Also Rises. Even recent books like Don Delillo’s White Noise, or movies like Fight Club and Melancholia, show us what we know in the gut but cannot articulate: living in this world is a soulless hell where most people behave like passive-aggressive demons, cloaking cruelty and a lust for power behind political correctness and politeness.

Every aspect of this society is designed to break out spirits and make us into zombie automatons:

Cities have a culture of the ego because nothing else remains: God, culture, heritage, community and intellect have been removed because they are impedients to equality.

In short, we are living in Mordor: a concealed wasteland that we do not recognize because our hearts are as ruined as it is, ruled by overlords obsessed with power for its own sake, fighting wars to destroy the remaining good in the world because just seeing it makes us feel terrible about ourselves. We live in an age of insanity, where existential stress is the norm as we try to rationalize our pointless and psychologically miserable lives, enduring tedium, ugliness and stupidity for the sake of “succeeding” at a game where no one wins but the pathologically vicious and parasitic.

In short, we are living in Mordor: a concealed wasteland that we do not recognize because our hearts are as ruined as it is.

That is what the Alt Right rebels against: we want a different society; perhaps one with meaning, purpose, reverence and some sense of the sacred. We want to live for something more than material convenience; we want our deeds to matter, and our moral character to be important. None of this can happen under the current society because it has obliterated the concept of inner differences between people through the dogma of equality.

From this perspective, we can see that the political agenda of the Alt Right is just the vestibule. A vast citadel lies beyond, with a penetralia composed of a desire for a life of significance, elegance and strong existential orientation toward the good. We are tired of living in Mordor, and we aim to peel it like an onion, starting with the outer political layers and working inward to culture, philosophy, religion, and the concealed soul of our people.

The rise of the Alt Right is not just a significant event in Western politics, but a turning point for Western society. What looked like Heaven has been revealed to be in fact, Hell, and we want no more of it. The only way to escape Hell is to point ourselves toward Heaven, and stop asking what we can get away with, but embark on a plan to bring out the best in everything all of the time.

The Race Card And Cowardly White Conservatives | EpiPen, The Religion of Progress and The Price of Delusion