Introduction To The Alt Right 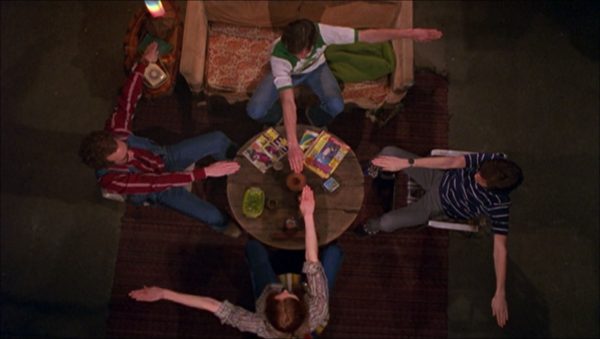 The Alternative Right or “Alt Right” consists of lone writers who bang out missives in the odd hours of the day and after work, expending their sparse free time on a vision of a better future. They do so knowing that their ideas are incomprehensible to most, and would be disturbing if understood.

Coming from the re-grouping of the right after the Leftward shift that followed the Second World War, the Alt Right combines elements of other anti-liberal movements — the New Right, Neoreaction, black metal music, White Nationalism, Anarcho-Capitalism, Human Biodiversity and Traditionalism — and finds the elements they have in common.

Its fundamental idea rejects centuries of thought from The Renaissance™ and The Enlightenment™ onward, namely the equality of human beings. The Alt Right sees that as a construct of human intention and social reasoning, and suggests instead that biology must be the basis of our understanding of humanity.

Where the contemporary dialogue supports the idea of universalism, or the notion that people are the same and so can be shaped into an ideal society with rules and “education,” the Alt Right sees that people and peoples are highly varied. People have different abilities, inclinations and moral characters, and this also varies in a broader frame with ethnicity and race.

Once we accept this realization, the quest against “inequality” no longer makes sense; inequality is the default state of the universe and also a necessity for change, evolution, conflict and growth. This allows us to discard the past centuries where countries have shattered themselves trying to achieve equality.

Instead it makes sense to look toward a social order where the abilities of each person are matched to a role in which that person can excel and yet be limited from doing damage by acting on questions above his level of ability. This type of internal hierarchy, which is both vertical (ability) and horizontal (specialization), creates a social order unlike the flat single dimension of equality.

As part of this realization, the Alt Right understands that different populations are not arbitrary but specific to things only they can do. For this reason, the Alt Right is strongly Nationalistic, or believes that each ethnic group thrives through self-determination, or homogeneity and command of itself according to its own standards.

Another way to view this is through the principle of self-interest: each group is different and has its own direction, and these self-interests do not combine but conflict. Diversity cannot succeed because it violates this principle and will cause only enmity between the groups involved, whoever they are.

This represents a departure from the conventional view of assessing “good” and “bad” or “inferior” and “superior” groups. In the Alt Right view, every group is superior for its own purposes and if left in isolation. When groups are combined, the unique traits of each are lost and the result is a cultureless “grey race.”

Accepting that equality is nonsense raises another question. If people are unequal, it no longer makes sense to make decisions by mass “consensus” achieved through political promises. Instead, choosing those who are most competent to lead becomes evidently sensible, and this leads away from democratic systems.

The Alt Right is divided on many questions, including what comes next, but royalism/monarchism/aristocracy have significant support because they alone allow us to step outside of the cycle of politics itself where the winning idea is that which flatters the broadest segment of the audience.

That in turn leads to some realizations about humans. Not only are we unequal, but we are not all one. Instead, we are an organic structure where different roles and abilities work together, sometimes through opposition, to achieve an ultimately positive result. Humans are not universally anything, but saying we are all “good” is clearly wrong.

From this comes the idea of hierarchy, or that society must like nature always advance the more competent in every role above others so that all may benefit from the greater competence. In this view, leadership becomes a question of ability and not mass agreement, recognizing that people in groups make “committee-like” decisions and that most people will misjudge complex issues.

With that idea arises one of the fundamental ideas of the Alt Right, which is consequentalism, or the idea that leadership acts are assessed by their effects in reality and not the human intentions, feeling and judgments which fill our heads with idle mental chatter. Reality matters; intent does not.

From this point, the Alt Right belief system transitions to Traditionalism, or the idea that there is an eternal order of human civilizations and interaction with nature and the metaphysical, and that healthy civilizations restore this constantly. Dying civilizations deviate from it and rationalize, or justify, their choices as being more “moral” when in fact they are merely compensatory.

Currently, because we live in a 70-year Leftist acceleration within a society that has been drifting toward egalitarianism for a millennium, these ideas seem incomprehensible to modern people. They have been raised in a series of dichotomies which amount to thinking the current system is good and anything else is bad.

However, as the contemporary order not only fails to achieve its objectives but leaves shattered lives and broken countries in its wake, people are thinking the unthinkable: that perhaps our comfortable order of equality, liberal democracy, diversity and sexual liberation is not just bad policy but a path to doom.

For this reason, the Alt Right invokes Nietzschean ideas and expresses questions about the collapse of Western Civilization. It not only opposes the delusional Left, but wants to remake Western Civilization into the type of eternal order that produced its days of glory, genius and excellence.

In its view, society succeeds when it has a clear purpose and measures that by results. All political systems and static moral measurements are proxies, or symbolic measurements, of this, and they are easily misdirected by the relentless changing of history and meaning that is the hallmark of the Left and other destroyers.

For the Alt Right, diversity and immigration are means the Left uses to destroy any sense of shared purpose, values, culture and heritage. This idea is borne out by historical evidence:

The era of Republican dominance in California was finally broken in the 1990s and has since disappeared into the background at a breathtaking pace. Democrats, who now command a supermajority in both of the stateâ€™s legislative houses, along with the governor’s mansion, have been forging ahead with an assertively progressive agenda on all fronts, from the environment to taxes to the culture wars.

The single most visible cause of this shift was mass immigrationâ€”or, alternatively, the failure of California Republicans to adapt to immigrationâ€”which produced a demographic transformation of the Golden State without parallel in the rest of the country. The California that elected Reagan its Governor was about 80 percent white and 12 percent Hispanic; today, those figures are 38 percent and 39 percent, respectively. In other words, California squeezed into forty years a transformation that is expected to take at least a century for America as a whole (if it takes place at all, given rates of assimilation and ethnic attrition) and which many Trump supporters clearly resent and fear.

In the Alt Right view, civilization success begins with homogeneity not just of race but of ethnicity, such that those who are from an ethnic group like Western Europeans can form a society together, but a society cannot be forged from mixed-race and mixed-ethnic populations. The California experience shows that diversity benefits only Leftism, which seems to speak endlessly of equality but always tend toward controlling, centralized authority.

With the rise of civilization comes the tendency to have purpose beyond the merely physical. With this comes an appreciation for the complexity of our world and its tendency toward positive results, even through its darkest moments. For this reason, many on the Alt Right reject atheism and tend toward a religious viewpoint.

Through that filter, life remains inexplicable when seen through the purely material, or physical, mindset. Instead, life has a purpose, although not an inherent one. We can choose any level of existence we want, but those who wish to go the farthest toward excellence and beauty strive to understand the metaphysical realm and apply its wisdom in the physical world.

As part of that drive, the Alt Right leaves behind the modern mentality of dividing methods into good and bad, and instead focuses on how those are directed. For that reason, the eternal civilization desired by Alt Rightists is entirely compatible with advanced technology, including that pushing far beyond our consumer-oriented gadgets of the present time.

This pairing seems unbelievable but fits within the futurist spirit of the Alt Right: we wish to advance civilization beyond its current stagnant stage to future greatness that marries the wisdom of the ancient past with the abilities of the distant future. As a lone standout in the Leftist The New York Times writes:

Reactionary ideas have made modest inroads in the mainstream right: The intellectualsâ€™ case for Trump that I wrote about last week includes a thin but striking â€œregime change at homeâ€ thread. And they have appeal in areas like the tech industry where mainstream conservatism presently has little influence, because (like fascism in its heyday) the new reaction blends nostalgia with a hyper-modernism â€” monarchy in the service of transhumanism, doubts about human equality alongside dreams of space travel or A.I.

The Alt Right sees life as excellent, and not an unjust condition to be corrected as the Left does, and wants to extend this excellence into new domains. In this view, humanity is a species competing with many others among the stars to see who can produce a stable civilization that can explore the stars without self-destructing from internal conflict.

Like most things Alt Right, this breaks down conventional dichotomies. We are not struggling between oppression/non-oppression, but for competence over incompetence, and if the competence is oppressive yet geared toward our purpose, it serves our goals and is beneficial. In fact, suppression of the human tendency toward chaos may be necessary.

This runs up against the human pretense that everyone is good, and that all individuals deserve to do whatever they want. In the Alt Right world, the goal of humans is something more than themselves; we wish to achieve self-mastery through self-discipline and through that, make a civilization of excellence more than mere adequacy.

For this reason, the Alt Right remains an outsider to the politics and values of today. It accepts that condition with pride because it sees our values now as a byproduct of rationalizing decay, and instead wants to combat that decay by overcoming it through the process of aiming toward something grander, more majestic, more epic.

In the Alt Right world, only two options exist for the future. Either there will be more advanced humans who look back on this time and laugh at it, or there will be a vast cultureless grey mass who cannot comprehend any of these ideas. The choice is ours, and the future will judge us by our decision.

Unmentionables (#1) | The Dark Side of The Gubmint Gimmedat