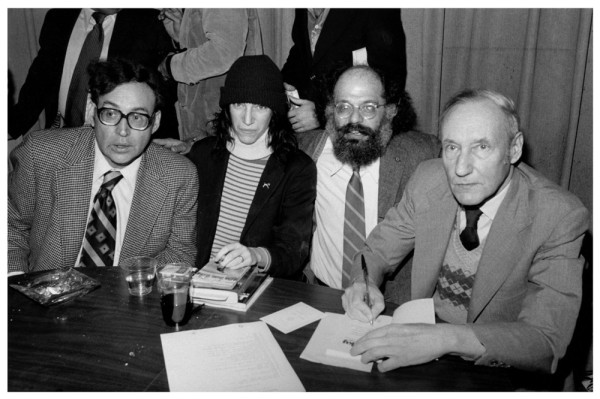 I normally enjoy Kevin D. Williamson’s writing, but he is off-base about William S. Burroughs.

Williamson committed the mortal sin of being a conservative in this new era, which is a knee-jerk response based on the counter-culture’s version of events, and not the actual events.

The forum he chose for this error is an article spurred by crypto-junkie Phillip Seymour Hoffman’s abrupt overdose death in his NYC apartment:

Connoisseurs of the poppy will go on and on about Great Junkies in History â€” William S. Burroughs, Sid and Nancy, Billie Holiday â€” though all in all Iâ€™d say that heroin addicts are less tedious on the subject of heroin than potheads are on the subject of pot. They do seem to have a particular fascination with the jargon of heroin, as though every conversation is taking place in 1970. I always have a sneaking suspicion that I could talk people out of deciding to become junkies if only I could get them to read a couple of good books composed with such literary skill as to illuminate the fact that Burroughs was a poseur and a hack.

I have to respectfully disagree with Mr. Williamson here. I would also like to draw his attention to the following excerpt from his own text:

(For example, alcohol withdrawal is physically a much more dangerous experience than is heroin withdrawal.)

The above fact is mentioned in the introduction to Naked Lunch, where Burroughs — who would been 100 yesterday — talks about the nature of addiction.

However, the real confusion here is Burroughs’ attitude toward heroin. He was not pro-heroin; he wasn’t pro-enforcement either. His point in Naked Lunch was to investigate control systems, using both addiction and enforcement as metaphors (among others).

I realize that the counter-culture tends to glamorize anything that is venal, offensive, trivial or otherwise subversive to the mainstream and their “bourgeois” tendency to have normal, happy and fulfilling lives, but the blame does not attach to Burroughs.

Most of Naked Lunch is the story of people in the grips of control structures, especially invisible ones. He describes his own addiction this way and, as his biography Literary Outlaw: The Life and Times of William S. Burroughs reveals, spent much of his life attempting to get free from heroin. He also struggles with homosexuality and self-destructive tendencies. The point isn’t to praise those, but to praise their overcoming.

The final point made by Naked Lunch is that the real damage of drugs, beyond everything else, is that it steals your time. A good conservative would know that this is why we stand against control: it is destructive, but also, it steals away life and replaces it with ideology and mania.

When all the cards are counted, Burroughs will be remembered as one of the good guys. Relentlessly un-PC, pro-gun, violently independent and critical of all control structures, Burroughs was the ultimate advocate for a society free of the diseases of modernity.

That subsequently hipsters have adopted his image and made it into a rallying cry for their own dysfunction isn’t his fault; is the result of hipsterdom, which is itself a result of the extraverted socialization and consequent control by appearance that is a hallmark of liberalism.

America: always intended to be a white nation | The origin of entitlement