The Alt Right Fights For Its Own Soul 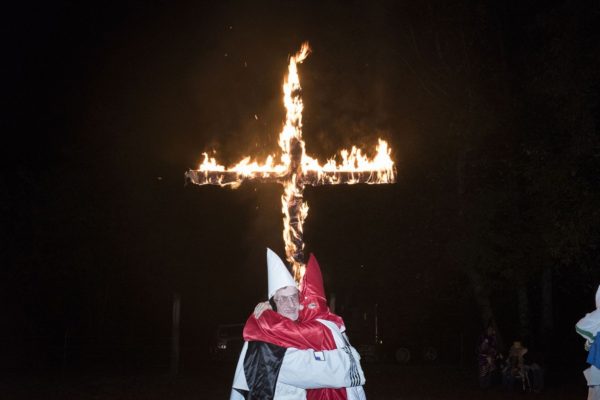 This week, the Alt Right fights for its own soul. It worries about how to keep itself from being assimilated like the mainstream conservatives on one hand, and on the other, if it has gone too far.

It should instead worry whether it has chosen the right method of going too far.

The Alt Right has a unique mandate in historical terms: the existing order of Leftism and globalism has spectacularly failed, and people are just barely catching on. The smart ones among us want an end to the immediate Leftist crisis, and to the conditions that have enabled it, namely the collapse of Western Civilization.

For the Alt Right, there are two missions as a result:

To achieve this, the Alt Right has to adopt a radical course that rejects the illusions of our time — equality, pluralism, utilitarianism, individualism — and replace them with a goal that rises above mere material and social convenience. That is not an easy task, but looking at those in the Alt Right, it is clear that we are up to it.

We can achieve that goal through the four pillars, which are actually more radical than anything suggested in the Alt Right so far. They combine Alt Right, Identitarian, New Right, Neoreaction and Traditionalist thought:

These pillars have been mostly ignored by the underground Right because they are simply too extreme.

The White Nationalists want to combine all white ethnic groups and social classes into a single vanilla milkshake with no culture, origins or distinctions. This is just another form of Leftism.

The “civic nationalists” — fools using a term re-defined by the Left — want to make rules and obedience tests in order to make us all obey the right economic and political system. This and “culturism” are the same thing.

The theocrats want us all to simultaneously convert to Jesus or Odin, and forget about the other dimensions of our problem, some of which are in fact material, but can only be fixed by applicable of principle, which is not.

All of them have missed the point: we are trying to restore a golden age in which our civilization is the best because it seeks qualitative improvement in all areas.

We cannot do that with any vestiges of equality, modernity, politics, or other manipulations. We need to break free from all of this nonsense.

Most of these groups who are competing for control of the Alt Right make the same error: they are special interest groups who will achieve one change, but leave the system of modernity in place. Modernity is what got us to this stage. It must depart.

The real problem is egalitarian/individualistic thinking. This consists of individuals demanding their equal share, and in order to achieve that, forming mobs or “Crowds” who use their numbers to demand equality, in the name of the group but with the purpose of the individual. It is selfishness, collectivized.

The Alt Right has made great strides by denying the official narrative and instead pointing to the genetic and biological origins of culture, which refutes the egalitarian theory that a random group of people can be instructed in the same political and economic system and be as great as those who invented it. This is the magic dirt theory.

Against the magic dirt theory, the Alt Right suggests Nationalism: that each nation be defined by its founding ethnic group, and that all others be excluded.

Most people have forgotten what Nationalism means, but they can refresh their memories by recalling that World War Two was a war against Nationalism, or the nations that wanted “Germany for Germans,” and excluded all Others.

Nationalism remains controversial because it denies the modern conception of what civilization is:

Nationalism is the belief that political groups should be constructed around the idea of â€œnation,â€ or population group unified by culture, heritage and language.

As such, Nationalist is â€œrule by cultureâ€ where cultural values come before profit motive or popularity, which enables forward-thinking leadership instead. With profit motive, every object and idea and person is for sale, and society leads itself in circles. With leadership, society determines its goals and moves toward them.

The term â€œnationalismâ€ comes from the term â€œnation,â€ which has a different meaning in current politics. Currently, the nations of the world are political constructions made of borders, legal systems and economies, called â€œnation-states.â€

Nationalism is the core of the Alt Right. The “proposition nation,” a creation of liberal democracy — equality plus democracy — has failed, and Nationalists are pointing toward a better order.

The twentieth century consisted mostly of war against Nationalism in the name of liberalism or Leftism, which is the idea of the equality of all people, independent of race, ethnicity and caste/class.

This alone constitutes the line in the sand which separates those who are Modernist zombies from those who will make the next great civilization.

Normies cannot accept Nationalism, because it offends them because it violates equality.

Join us on the dark side. We reject The Enlightenment™ and other ideas of human equality. This is the Rubicon which must be crossed. It is also what defines the Alt Right, and why it is thriving while mainstream conservatism and liberalism die the same death.