The Alternative Right Knows This Is A Struggle For Civilization Survival 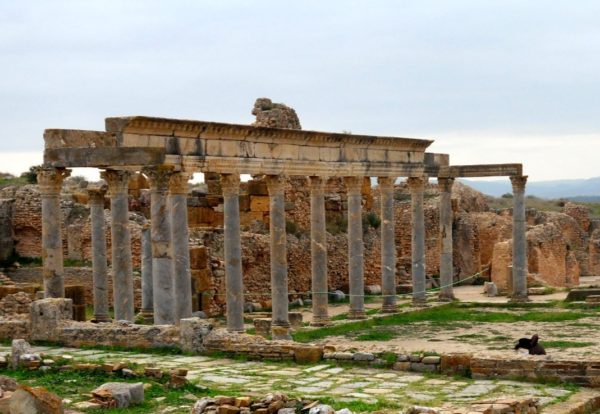 The mainstream right directs its energy toward preserving what is left of the status quo; the alternative right recognizes that our society is not only a sinking ship, but is built on false assumptions starting with the delusion idea that equality can replace hierarchy.

No right wing movement has succeeded in resisting this decay in part because it cannot be resisted; Western civilization needs someone to pound the RESET button and start over. Everything we think we know is tainted with assumptions brought in from the ideas and people infected with the delusion of equality.

While the new right seeks to rebuild from within a liberal framework of the welfare state, and neoreaction seeks exit by small groups who will then be inevitably re-absorbed, the alternative right — an out-of-focus coalition of those united more by a feeling of dread and distrust of all Leftist ideas — recognizes that not only is the ship sinking, but that it must be destroyed before it can be rebuilt.

This may seem extreme. After all, if Western societies just aborted any changes made after 1945, things would return to stability. But this is where the alternative right rises above the rest: it recognizes that just going back is not enough. We must renew, because even back then the seeds were sown, and the path will not change on instant replay.

Yet until we get to the root of equality… — no, we must go even earlier to find the source of our decline. Writings on this site have targeted individualism, or the idea that the desires of the self must come before civilization and nature, as the root of our problem. The ancient Greeks called this hubris, or pursuit of power beyond one’s place in the natural hierarchy by ability and character of men and nature. Old Christians preached humility. And in the wolf pack of the steppes, an arrogant young wolf must fight his way to the top, or accept his place in the order of things.

Nothing about our time is good except our material prosperity. Everyday life is meaningless and filled with ugliness, tedium and a constant struggle for power as the lower try to keep the naturally more gifted from rising to their natural place. Our cities are war zones where we struggle for enough money to buy our way into the areas that are not blighted.

If one accepts this as normal, it is possible to find similar bargains — better values for the money — in housing, medicine, entertainment and career. However the fundamental problem remains: our time and energy are wasted, while nothing we do can have any significance, all the while the rot gets stronger around us. This society is terminal.

In the upcoming American election, we have a choice between a right-wing-ish candidate and someone who will open the floodgates further to permanent Leftist voters, because minority groups always vote against majority interests. Once that happens, there will be no chance for those who remain except revolt, and then, they are most likely to be killed by their well-meaning fellows who just want to preserve the union as it is, despite its dysfunction.

The only sensible response is fanaticism. Support nothing that is Leftist; stop linking to Wikipedia, reading Leftist news, or earning or buying anything you do not need, as the taxes support the beast. Barter among friends as much as possible, work for cash whenever possible, and every day get out there and raise a hue and cry about how this society is dying and must be restarted, because that is the ultimate taboo.

Most importantly, we need to work toward power. If 2% of Western citizens find themselves agreeing on civilization restart, a critical mass will be reached, and we will pass the threshold of no return. Never accede to the argument that we can fix the leaky ship; always insist on its replacement. Ignore the zombies and focus on reaching that 2%.

If an actual conservative party took power, the first thing to do would be to reverse the flood of new left-wing voters by removing anti-discrimination law, post-1790 immigration laws, civil rights and welfare programs. Write law to reverse the civil rights and entitlements agenda, and then do away with all the laws based upon it, and the vast reams of pro-government laws which have created the out-of-control regulatory state.

But even then, we must go further: laws themselves do not work, because they are interpreted flexibly and people avoid responsibility. Replace them with strong leaders of arbitrary power at the local level who can re-arrange their societies as needed, and not have to be deferential to tiers and layers of limiting law. Restore freedom of association, cut taxes, and begin holding the Leftist media and entertainment industry accountable.

But even then, we must push further: we can abolish most laws and replace them with culture. We can remove the tedious and unreliable democratic process and install an aristocracy. We can cut checks to the Other among us and repatriate them. All of these things are doable, and yet they are not extreme enough to save a civilization.

We must go further: remove any subsidies or other equality-based institutions, cut ourselves off from we-are-all-one initiatives like the United Nations, repossess any degenerate businesses and exile of our own people who behave badly. Stop taking responsibility for lawbreakers by putting them in jail and trying to rehabilitate them; instead, view their behavior as a Darwinian event and exile them.

Even that does not go far enough. We must go further: using our aristocratic government as a shield, we can restore a sense of culture, in values just as in the arts, and bring back the calendar and seasonal events of the past. Abolish public schools, regulations, certifications and other proxies for talent. Promote the best among us, not just in ability to memorize, but in moral character and mental clarity on the task of building a civilization.

At that point, we can go even further: in each of us who remain, we can awaken a sense of responsibility to reality, a transcendental view of nature where each of our places in its order are significant, and a belief in the possibility of good, beauty, excellence and truth in life. We can reject the false assumptions going back to individualism and to the assumption before it, which is that life is terrible and we are victims. We must be conquerors, but first of all, we must conquer ourselves.

Whew. That looks like quite a to-do list. And yet, if we do not do this, we are merely putting duct-tape on a broken bridge, plugging leaks in a boat with oil-soaked rags, or plowing around the stones in our field. History is clear: we are either headed upward, or stagnating and will immediately head downward. We must reform our hearts to want an ascendant path, and then use the power of our civilization to instill that in others.

Without this new path, we go down the same path of the old, which ends in our civilization slipping away into irrelevance as a witless void of morally bankrupt, low intelligence grey people. In the absence of radical change, that is our future, and as the years go by and the pace of events accelerate, that doom is coming sooner than anyone thinks.

Why Does The Left Always Win? | America 2016: Where Everything Is Fake