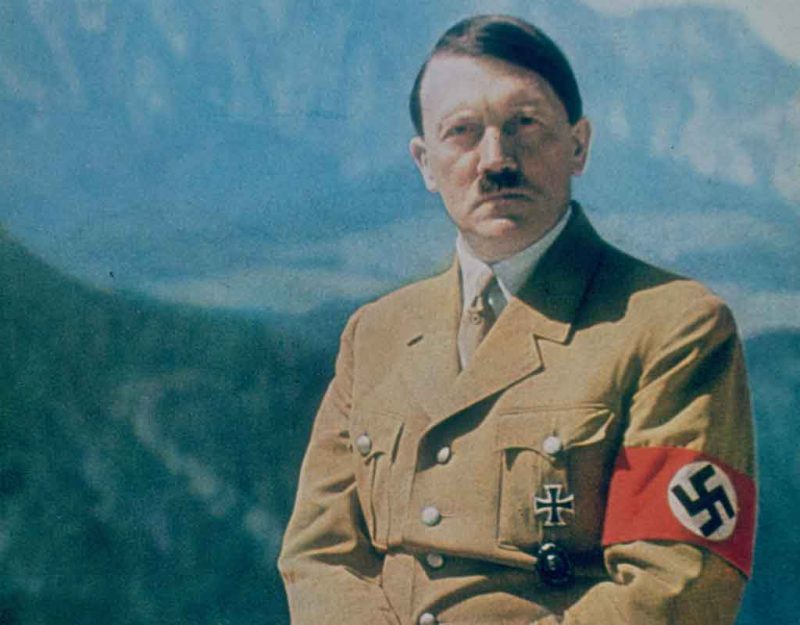 The Victory-in-Europe (VE) Day celebrations this year seem a bit muted, and it is not just the coronavirus dampening celebration. At seventy-five years past the date, enthusiasm has fallen off because the victory does not seem like it was completely a victory.

As readers around here know, I am a critic of Adolf Hitler, neo-Nazism, white nationalism, racism, anti-Semitism, repression, dictatorship, and mass murder.

However, I am an ardent nationalist who rejects Leftism in all of its forms, preferring one ethnicity per society since that model works, where diversity — more than one racial, ethnic, or religious group per society — does not. My views would be more socially acceptable if I were a national socialist, since I argue for an end to all of the solipsistic/individualistic illusions of modernity, such as equality, democracy, consumerism, social mobility, centralization, standardization, entitlements, unqualified “freedom,” and any other manifestations of utilitarianism where public opinion matters more than reality, recognizing that accurate assessment of reality is esoteric and open only to a few select geniuses in our society.

This makes me worse than a Hitlerian, in the eyes of moderns; he wanted to reform modernity, but I want to end it, keeping technology but discarding all egalitarian pretense and the resulting need for control. As with all leaders, I recommend that we keep the good from Hitler and discard the bad.

In addition to his deep ecologist environmental policy, Adolf Hitler has been proven right about diversity: it does not work. We may not like his methods for dealing with it, and unlike many I affirm The Holocaust despite rejecting the gas chambers, soap, and skin lampshades hilarity, but Hitler was right that diversity destroys societies and correct that it needs to end. He was also accurate in his assessment of Communism, but fell short by adopting a Communist-style totalitarian regime, just with Right-wing goals. This is an inversion of neoconservatism, which adopts Right-wing strategies for achieving Left-wing goals like global democracy, feminism, market socialism, equality, and homosexuality.

White nationalism makes the same mistake, being essentially Democrats who want to redirect the Leftist state toward supporting “the white race,” which will destroy all white ethnic groups through trace admixture which will convert us into Eurasians like the South Americans, Mediterraneans, Southern Europeans/Irish, Eastern Europeans, and Semites.

In other words, we navigate between failed systems brought on after the French Revolution. We can swing to totalitarianism, libertarianism, democracy, or socialism, but none of these will bring us to the point of being an ascendant civilization, since all depend on the same mechanism: external control supplanting internal variety and the need to desire excellence (arete). I wrote up my goals in two major texts, Love and Nihilism and A Parallelism Primer, emphasizing a fundamental realist and Nietzschean conservatism that emphasizes the need for a transcendent goal.

That takes us to the point of what I suggest, which generally follows the four pillars: aristocracy, natural selection, hierarchy, and culture-rule enabled by nationalism. In my view, humanity is slowly transitioning toward this type of existence, getting over the various bad ideas perpetrated upon us by neurotics during the past thousand years. We in the West are getting ready to restore Western Civilization.

All of this seems impossible, when we consider how far the world has fallen and stayed down, getting worse year by year, except that the mass approval of the 1945 triumph of democracy appears to have fallen flat:

However, it is controversial for the city to have decreed 8 May as a public holiday, as for many decades VE day was either ignored by most Germans or seen as a shameful reminder of their country’s defeat.

The only federal public holiday marked by all of Germany’s 16 states which commemorates a part of the nation’s history is 3 October, celebrating the date of the reunification of West and East Germany at the end of the Cold War in 1990.

However, in more recent decades 8 May has gradually been seen by some also as a day of liberation from Nazi rule.

We can see why: diversity has made our cities into ruins of constant conflict, our pollution is such that an economic shutdown is a welcome break, careers and interpersonal relationships are so toxic that the quarantine came as a relief, globalism has failed with the Chinese virus and bad Chinese supplies with which we are manipulated, and the Left — having nowhere to go, since it achieved everything it wanted by the 1960s, formalized this in the 1990s, and went overboard with the Obama years — has become a broken record, repeating the same platitudes that caused our problems (equality, democracy, entitlements, diversity, tolerance) as the problems go on and on, seemingly insoluble by the means we are allowed under the Leftist regime.

Hitler was the last gasp of the real Right, they said, and it seemed true, but conservatism (realism + arete) turns out to be an eternally recurring thing wherever people have connection to reality and nature. What has happened with Hitler is that we have let him go, and now we are no longer waiting for a savior; if anyone will save this time, it is ourselves, and we will do this as we always have, by overcoming adversity, rewarding the good, and driving out the bad.

In many ways Hitler tried to be a replacement, for the Jacobins or the Communists or even Christ, but he was like us merely a human being trying to escape modernity. That does not happen by inventing replacements. It can only happen when we throw out the bad ideas and restart from what is eternally real.

Visualizing where Hitler went wrong takes some digging, but in my view, he failed to heed the rule of non-attachment, which says that one must separate from emotions and social concerns. There can be no revenge upon, nor repayment from, those who have wronged us. We are not here to punish. We are here to detach, decouple, and cut ourselves free and independent of all that has failed, starting with the dead ideas of the past. Attempting to beat those ideas into submission only makes us into a mirror image of them, as Hitler mirrored the Jacobins with his executions and secret police; we want to escape these ideas, and go on to what is excellent instead. Our only goal is ourselves, and we will send all others away instead of taking responsibility for their fate by jailing them, enslaving them, or executing them.

We can take away from him the knowledge that diversity is death and mob rule is suicide, that we must make room for nature in our planning and hearts, and that at some point, you must not only promote the good, but really chuck out the bad. I favor boats to Venezuela instead of genocide, but at the end of the day, that is an aesthetic consideration and nothing more.

Our goal remains to get over the fear and trembling of modernity brought on by a lack of transcendental purpose, to rediscover the beauty in nature and life, and to move forward to make the West better than ever before. Others will do so in their own lands, and all will prosper.

And that is the only true victory in Europe.

Periscope (May 11, 2020) | Our Outrage At Capitalism Is Actually Frustration With Social Mobility