Beyond Racism: Race is Important, Racism is Not 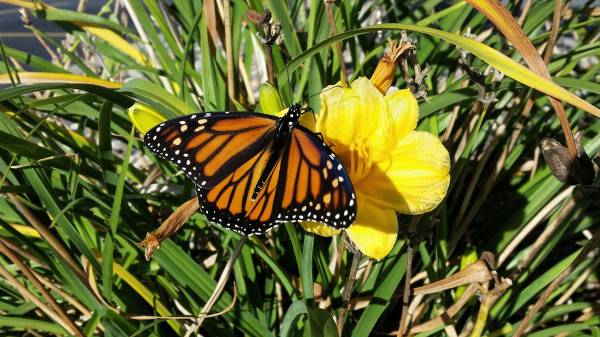 In an egalitarian society, there is no greater taboo than that of inequality, and the worst of all of those taboo breakages is to assert that the races are not equal. In this article, I’ll show through reference to some sources that the races aren’t equal, but that the question of race lies outside of the linear scale of “inferior” and “superior.” If you can handle being offended, and recognize that our current civilization is dying because it is in denial of reality, read on.

We’ve all evolved differently, even the different tribes and nations of Europe. Each of us is a history of traits, including mental traits, shaped by our culture. In any given culture, those whose inherent tendencies match the values of that culture succeed; those who don’t match are less likely to breed successfully. Over time, this produces a shared cultural values system, which in turn produces philosophical and political consensus, and this is the basis of every great civilization that has ever existed (although most are in decline at this time, and race-mixing is one symptom of this decline). Without consensus, there is no agreement to move upward and become better, so civilizations decline by settling on a pale imitation of that, such as “Social Darwinism” by which we decide those who earn the most money – not those who do the best job at a given task, but those who make the most money from their task, regardless of how well it is done – are the most valued in that society. This is clearly declining, as bad products often make the most money (Macintosh, American cars, junk food, fast food, cheap heroin), and with this kind of thinking ends the desire of a society to better itself, and it is replaced by a desire to be comfortable during the decline – convenience.

Because we have evolved differently, not only is race-mixing insane, but caste-mixing is insane; if you merge a family of leaders with a family of carpenters, you’ll either get a leader in the role of a carpenter or a carpenter in the role of a leader, but either way, the inclinations of that individual will be mixed between their ostensible task and what they’re actually inclined to do. In my society, the castes are equally valuable, but their specializations are preserved. It takes a different intelligence to be a carpenter than a leader, and a leader makes a crappy carpenter, but both tasks are necessary for the civilization. Hence caste and not class. Class ranks us linearly by money; caste doesn’t rank us, but helps us specialize by task and ensures that each has a respected, honored, necessary place guaranteed to them, unless of course they are grossly incompetent or perverted. Does that help?

In short, I believe the question of “inferior” or “superior” races is an issue for assholes to debate, and I don’t want any part of it; the races are different, and have different types of ethnocultural societies they prefer, and that objectively is clear, but “subjectively,” I prefer a society of my own kind, with shared ethno-cultural values, and I don’t view that as insulting to African-Americans or any other ethnic group; in fact it’s the opposite: the highest respect I can grant to any group is to insist that they be separate and be allowed to do things their own way, since otherwise is to presume that my way is better, and thus to impose it upon them as an “improvement” over what they are. That’s crass racism, no matter how much we disguise it as Judeo-Christian liberalism. I don’t have any use for racism, but I do believe in eugenics, as it is one of the foundations of a society which is always moving toward higher goals.

Heredity is more important than inculcated values, but this applies not only to races, but to tribes, to castes, to local groups and to individuals. One problem I have with the racists is that they believe all individuals are equal, presupposing their origins in a certain general racial group; that’s insane to my mind. Not every “white” person is someone I’d let survive; in fact, at this point in history, most “white” people need to be killed because they’re worthless, brainless, spiritless products of industrial existence and have nothing to contribute. My sword is unsheathed for them, because, among my tribe where there is ethnocultural consensus, these people are inferior, simply because: they suck. They’re not very smart, they don’t have good character, and they lack the impetus to do anything but go to do-nothing jobs and boss others around with rules written on sheets of paper. Off with their heads, and let’s murder their children too: nothing good comes of such a seed. Hell, we have seven billion people on earth, and all but a few million are worthless followers. Fewer people means more forest, more fish, more ecosystem and more animals; what are we waiting for?

Eugenics is very real. One either establishes an ethnocultural consensus and refines every generation toward a better version of this, producing smarter-nobler-healthier people, or one stagnates and because time marches on, devolves, becoming less adapted to the changes in environment that fluctuate in cycles as a means of encouraging evolution. I prefer the heroic outlook, which is to realize the individual is not a world in itself, but a small piece of the whole, and thus to place individual pretense and safety as secondary to having a healthy and positively-evolving society. Eugenics is very real. It’s not the only question, but it’s a necessary tool of a society which achieves logical ethnic-cultural unity. And ultimately, everyone benefits, as the children who are born in the future are smarter, healthier and of better character, thus they struggle less with low self-esteem than the bloated products of mixed-caste, mixed-race, low-achievement breeding. Put this way, you have to ask yourself, what would you rather do, doom future generations to insufficiency or make sure those children are well-bred and happy? I prefer the latter, and I’m not the only one, but among those who fear their own failure more than they aspire to fulfilling their life’s destiny, you find a prevailing opinion: all genetics are okay, all individuals are okay, just don’t do anything that might show any of us in a bad light, please!!! — that is the way of the coward, and the undifferentiated crowd, and any type of evolving person has no use for it.

This is just a taste of the philosophies that make life meaningful. Right now, people cower in fear of many things, and as a result, have built a society based on convenience under the pretense of avoiding suffering and making everyone “equal.” This is the public veneer, but underneath it, the real motivation is utilitarianism: from fear of our own worth, we hand judgment over to the crowd; the price of this devil’s bargain is that we can never again choose a direction, least of all a higher direction, because it will “offend” someone or make them feel inferior. And the effect is manifest: where’s the Beethoven for this age? The Nietzsche? The Michelangelo? The Caesar? All we have are sniveling cowards for leaders and “artists” and “philosophers” who write about trends so they can profit and have houses in the suburbs. The signs of decline are evident, and while race isn’t the cause, it’s a symptom and one that we can fix. Further, it’s important to realize that racial separation is not an issue by itself, but part of a general program of breeding that includes division by tribe, caste, and finally, eugenics applied to individuals themselves.

Dividing by tribe allows each tribe to have its own way of doing things; this is the only way to achieve the consensus necessary for any kind of upward-mobile society. It is this alone, and not some ego-stroking belief in being “superior” or “inferior” for being member of a group, that is the reason for racial separation – not racial antagonism. I’ll continue to care about my gay, African-American, Hispanic, Asian, Jewish friends, but I will also continue to care first and foremost about myself and my people, for whom separation is required for survival. Don’t let the crass racists confuse you – you can acknowledge your own preference for your own people without falling into hate, bigotry, and other forms of masturbatory self-image enhancement.