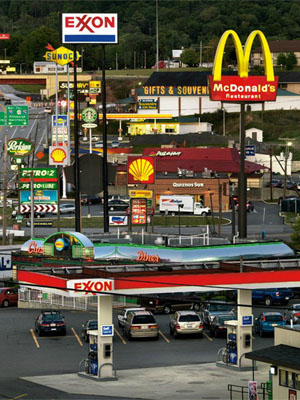 I miss the anarchistic days of the internet. Not because I’m an anarchist, but because it meant that standardization was kept at a minimum. Standardization reduces all things to the lowest common denominator since it has to create a common form-factor for them all.

If you’ve ever dealt with triplicate forms, or questions designed for a database that very obviously does not include your particular use case, you know the experience. You have to write in the margins, or put data in the wrong fields, and you end up with a hack job that should make people embarrassed.

But it doesn’t, because the system must go on! and we can’t let everyone know the emperor’s new clothes are made out of securities and treaties and other things about as real as fairies. Cram that data in there, hope for the best, and grin and bear it when you have to answer the same question 35 times because bureaucrats can’t imagine you did it some way other than their way.

The anarchist days of the internet were not fill-in forms. They were blank pages. While standardization seems nice at first, because everything’s nice and clean and uniform, with it come problems. People are always quick to say “But who decides?” when we’re talking about a corporation, but they ignore it for Wikipedia or Yahoo.

In addition, as mentioned above, the standardization melts down complexity into spoon-fed averages. It all fits the lowest level of expression. You get an easy resource instead of one that is actually adapted to the topic at hand, and because of that generic nature, the information in it is normed to another field.

The late 1990s brought us a web with pages made by experts in their fields that quickly rose to the top of the search engine lists because other people recognized their value. Then came Wikipedia and Facebook; now, the search engine points to one of those two, and you get a standard result, but not one with depth or variation.

Some will argue that this is progress, but I see it as devolution. Instead of expanding to have specific approaches so we can have maximum understanding, we’ve maximized the human interface that loves standardization, and served up junk food instead. We call it freedom, but it really is slavery instead: slavery to the standard.

Not a mystery | The blight within the right