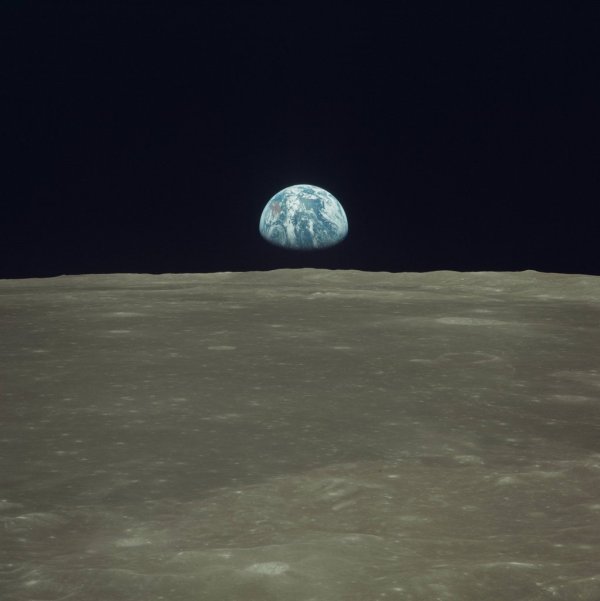 “Fascism” is the name that moderns use to describe the style of organized, leadership-oriented government that predominated in ancient times, and to which all healthy societies return, knowing that of the ways of handling human frailty, the best is a system which selects the least frail and pushes it forward; the alternative, seen in modern liberal democracy, is a system which accepts human failings but then tries to impose upon them a “good” way of life.

When we gather together and form an agrarian or other immobile civilization, we know that some form of leadership will have to occur to compel us to complete the myriad tasks of maintaining an organized, large-scale human colony. At first, this is the warrior-chief, who tells people face to face what must be done and patrols the walls himself, sword in hand, but as the civilization grows in size, layers of intermediaries become needed, and thus the questions addressed by political theory become very real.

At this point, general types of society emerge: the state with a single leader; the state with a junta; the state with a leader and parliament of intermediaries; and finally, the disorganized options: the state run locally by intermediaries, and the democratic state. The democratic state takes two forms; republican democracy allows the people to delegate their allegiances to politicians who then decide how to apply those preferences, and direct democracy allows the citizenry to vote directly on proposed ideas. (There are also democracies of the elite, but these are of the fundamental type of a state run locally by intermediaries, with democracy being the method those leaders use to come to agreement on collective issues.)

The type of government selected shapes the people, because it defines what is expected of them and what they can expect, and the latter is used as incentive because it can be allotted in degrees according to, for example, a citizen’s status or his vote. In leadership-oriented states, this tends to be determined by how a citizen rises in the hierarchy of specialized hierarchies according to ability; in democratic states, this is granted to all citizens, a minimal competitive aspect (e.g. money or doctrine) is provided so a single hierarchy can exist. This split occurs because leadership states have a collective goal, where democracies exist for the citizenry and assume that their individual decisions, even when collectivized by a vote, are equivalent to the work of a leader.

Another way to look at this is that leadership states embrace specialization, while democratic states are centered around the individual personality. When strong leadership exists, government plans shape the elites among the citizenry, and therefore naturally tend toward finding differentiated elites for specialized tasks. Democracies have more internal dialogue, and therefore government becomes the focus of activity, including debate about how government should be applied. It is for this reason that democracies react more slowly, and more simply, than a leader who has specialized in familiarity with the issues of her civilization and the unique tasks of command.

Citizens shaped by these governments react differently, and consequently, develop themselves and eventually breed differently. A “fascist” state has a clear goal and ongoing process of achieving it, and therefore provides minimal governmental interaction in the lives of its citizens, but in a democracy, everyone must become involved and fight for their own “interests,” which inevitably occur on that gradient of reward such as monetary wealth which is the democracy’s equivalent of natural competition. While in a “fascist” state citizens excel in their specialized hierarchies (for example, craftsmen or artists or farmers) and leave government to another specialized structure, leadership, in democracies all are assumed to have earned the right to leadership by right of birth, and from this arises the fatal flaw of democracies.

In individual life, things go wrong; this is how learning occurs, and change. When the conjecture of the individual about how an idea might work out in reality occurs in a far different way than planned, it is recognized as a failure and is re-assessed. Similarly, in governments,large errors require some form of change. In a leadership state, it may result in the head of state recognizing the error and changing his policy, or being replaced if this is another incident of failure in a string of them. Democracies, being constantly active in decision-making and debate and theory and other somewhat neurotic pursuits, have already assumed that the citizens are all capable of making the right decisions — and for that reason, must find someone to blame.

This tendency is why democracies, more than any other form of government, are moral: they have a need for internal evils to blame for the failings of a schizophrenic, self-referential worldview. Since no single person leads, and “everyone” makes each decision such that “no one” is ever responsible for the axis of decision (“leaders” in democracies are delegates of the people, thus are responsible for finding popular opinion and implementing it, or they are not re-elected), in democracies, when something goes wrong, someone or something must be blamed. These states rarely choose to blame “the system” of democracy as whole, because it is hard to find fault with any “good” method of government that is in theory empowering its citizens, thus they look internally for those who take controversial or seemingly “bad” viewpoints, especially those that go against the fundamental idea of democracy, namely that every citizen is as fit to rule as a leader.

The essence of fascism is positive: we are governed to promote what we love among our people and wish to nurture and make stronger. It is in this mindset only that one can recognize threats for what they are, because one has something one values and wishes to make grow (“consensus” in the longest-lasting sense). Democracies on the other hand are based on fear of strength and challenge that might puncture the political viability of the individual, and for this reason their primary mode of thought is avoiding threat and seeking out evils to overcome and normalize. People in democracies aren’t “bad” people, but they are in the grips of a dysfunctional philosophy.

The democratic philosophy is based in fear and denial of what could be; they are not “seize the day,” in the dynamic leadership style of”fascist” civilizations, as much as “preserve the individual.” This causes them to isolate individuals from any form of large-scale change,and promotes the increasing fascination with the government itself and its workings. Such beliefs deny that pain and uncertainty are the currency of change, and will always occur; the only choice incumbent upon us is whether they occur for something meaningful, or not. And for there to be meaning there must be consensus, a state which groups of individuals whose highest goal is preserving those individuals from challenge will not achieve.

It is this reason that made our ancestors in ancient times choose “fascist” states when their empires were at their healthiest and not already in decay: they wanted to form consensus, remove government as a question, and move on to creation of great empires and cultures through constant change, selecting the good and letting the less opportune pass by. Contrary to popular debate, “fascist” states were not an extension of the warrior-chieftain but probably occurred as a natural response to failures in democracies (anyone who has ever sat through a committee trying to make decisions recognizes the value of strong leadership, even in error, as at least achoice is made that can then be criticized and modified, while committees are incapable of making choices far from the default “but that’s how it’s done around here”).

Typically, as noted by Plato most strongly among the Greeks, who among the Westerns first recorded their experiments and debate over the nature of government, democracies have a tendency to hunt evils until they descend to a linear, binary mindset of “good” versus “evil,” at which point they murder all nonconformists and elect the biggest conformist as emperor. From this one eventually gets hybrid systems such as Soviet Russia, where “the people” under goading from well-funded decadent academics, rise up and murder the higher castes,then implement a society where everyone is equal and ruled by a strong, unquestioned tyrant.

Interestingly, a population of healthy, strong-minded people given the vote will usually elect a strong leader; they understand specialization, and realize that bringing government into the life of each individual will compel that individual to spend more time on government, without necessarily having the time or ability to develop aptitude for it. This is a healthy response. To those who have grown up in a modern time, it’s like life in the old neighborhood. Few people move in or out, and families live among it for generations, passing down houses and roles. There are butchers, bakers, grocers, repair workers, and many other specialized roles, including that of leader. This allows each to get the day’s work done, which although it might not be perfect is a workable model which can then be perfected, and then go home to their families and friends, free of concern for government; after all, those are the things that define our lives as individuals.

The neighborhood is both harsh and forgiving. You are the individual are known for your actions, and since everyone knows you, there are few secrets that last long. On the flip side, however, your positive attributes are also remembered and praised, and will be used as the summary of your character, not a single negative incident, or evil. Human frailty is accepted and those who do basically constructive things are moved up, and there’s no real need to look for evils because threats are obvious, the neighborhood having achieved a basic consensus of its operation. While some neighborhoods, particularly those in which families live for less than a generation, are notoriously corrupt, the healthy ones tend to have strong leaders who bypass bureaucratic paper-filings in order to take care of their people. And is that not what government is for?

About these columns | Oh, Global Warming