Cult of the Individual 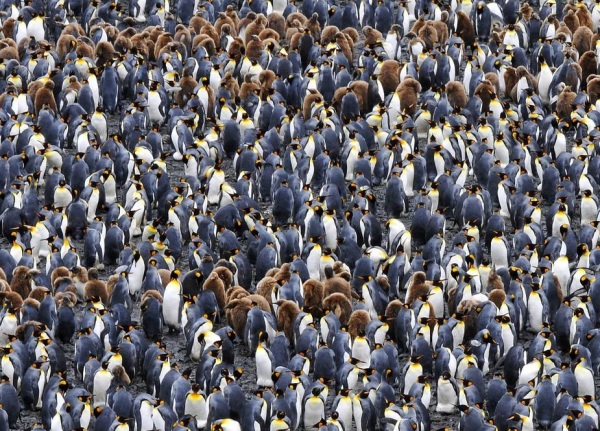 The individual, destabilized, demands that itself come before all else. For this reason it demands an order that supports the cult of the individual; a crowd of uniques, a mob of iconoclasts, an army of freestylers. We refer to “individualism” as the philosophy which (a) puts the individual above all else and (b) interprets all else through its impact on an individual considered alone and isolated from all other factors.

The individual next wants reality to work his way or her way. Individuals, if the choice was up to them, would all be kings, although the best king would be one who rules not for individual reasons but for the best of the country — people, land, customs, values — as a whole. Every individual a king, and since we cannot rule other individuals or they cannot be kings, we want to be in our own island kingdoms, isolated from all else. If we need other people, we will pay them, and so convince ourselves that we are not intruding upon their kingship (it’s only fair that we all work and earn money to be kings; money, like time spent at a job, is equally accessible to all king-individuals).

The individual wants gratification of desires in such a way that does not intrude upon this kingship. There should be no critique of gluttony, because a king does not deserve critique. Similarly, no one should stop us from accumulating whatever possessions we desire, whether shiny new objects (for the less wealthy) or objects of cryptic nostalgia value (for the bored middle classes). We want drugs and if those are evil, alcohol and cigarettes, and we want sex in such a way that there’s no obligation — best of all is for every king to be a slut also, so that sex is available without any feeling that maybe our time would be better vested in longer-term relationships or loves.

The individual wants “freedom,” so that his or her choices cannot be critiqued as being selfish, insane, corrupt, or inane. This helps the individual hide where it is broken and disguise that pathological behavior as a “choice,” when in fact it is the acting out of past trauma. I am not having group sex in my own feces while being whipped by midgets because I was raped as a child, King Individual proclaims, but because I want to! People living in mediocre cities with mediocre jobs and mediocre friends can use this cognitive dissonance to argue away the thought, mostly in themselves, that they could with some effort have a more fulfilling life.

The individual wants no reminders of mortality or its extended process, natural selection. We do not mention our deficiencies or physical deformations, or how plain and boring we are with sunglasses and trendy clothing and haircut removed. We do not want to be placed into any competition where our inherent abilities are revealed, because this reminds us too much of natural selection. We want an end to all rank, to all hierarchy, so that our deficiencies are masked behind the equalizing factor of recognition. I will never die.

It is the collective need of individuals for these rules to be upheld that bonds them together into a mob, and removes their individualism in favor of adherence to the dogma of individualism, like someone confusing the signal of an event for its reality. The individual, in knowing only itself and interpreting all reality through itself, not only destroys itself but obscures reality behind unrealistic rules and seeds the path of our collective destruction.