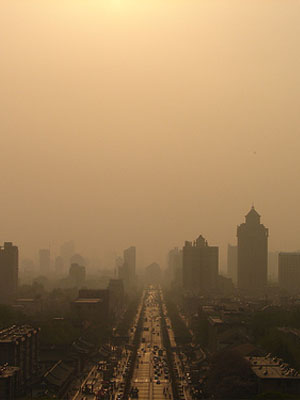 Underneath our fancy justifications, and benevolent altruistic advertising-style overtures to others, our society is about control. Unlike other societies, we do not enact control on the macro level. We do it individual-to-individual.

Within a society of individualists, no external goal exists such as “uphold our values and become an epic civilization like the ancient Greeks and Romans.” There is only defense of the individual’s absolute autonomy, which requires the individual to place their own needs before many competing autonomous needs.

Equality means that we are all the same, so outside of official acts, any act by one person toward another is purely personal. There is no sense of rank or roles, just one person against another, and the one who comes out on top wins.

We are also judged entirely by our group of peers. Since there are no standards to be compared against, the only judgment of our success or failure is whether what we did appears appealing to the people around us.

When a society dedicates itself to the absolute autonomy of the individual, it makes its primary goal a negation. Our society aims to eliminate any obstacle to that individualistic, narcissistic and wholly subjective state.

For that reason, any intrusion on our absolute autonomy as individuals makes us defensive. In theory, because we’re equal, we can do whatever we want to do — unless it infringes on someone else.

However, because their right to do live in whatever reality they choose is also absolute, they will at some point be offended by what we do. Often, they’re right; our actions have consequences, and many actions will change the character of a community or society in such a way that it precludes what they want from it. This doesn’t even get into the effects on their descendants, who will be forced to inhabit the world they leave behind.

In this society, there is no obligation to accept you because you are good at achieving the goal of our civilization, or a good person. Image judges you; in the eyes of others, how do you appear? This is what you are, in a society of equals.

As a result our society has developed a manic virus of interpersonal control. If someone is opposed to you, it is your job to shout them down and re-style the situation so you appear blameless. To do so, you must control the minds of others with deceptive words and images.

When you are out there in the world trying to procure goods and services, other equal citizens are busy screwing off at their jobs or returning mediocre performance. You need to scare them, to use your power to command and control them.

You will do the same to your children, requiring years of expensive therapy when they get out of college. Since you controlled them, they will rebel against all control or anything like it, meaning they will have problems with authority. This is why the children of successful people are almost always found in leftist demonstrations.

Our society appears stable because we have neutered it. We have done that by making it unstable on the personal level, which means everyone is afraid to rock the boat, which means that all decisions are made as if by committee, deferring to compromise and the solution that deviates least from the existing path. That leaves us nowhere to go but down: a steady erosion of meaning, a constant loss of direction, an inability to make decisions, a removal of complexity and nuance.

It succeeds because this personal instability translates into very little public instability. People are terrified and mind their own business. The result is long-term decay because nothing unites them and they can’t make decisions, but in the meantime we have “peace” of the kind that happens when no one has the energy to fight even for what’s right.

This instability means that others are subservient to us because they don’t want us to be offended. In fact, that is our primary weapon: “He didn’t treat me like an equal!” We can get away with hiding behind transactions or rules sometimes, but in general, the mob rages whenever any one of its own is not treated like a little king or queen.

But the individual has no real power except defensive power. The individual then utilizes that to the max. This makes them controlling, and consequently unable to form real bonds. Children alienate. Marriages dissolve. Friends are fairweather.

The result is a society dedicated to fooling itself, for the convenience of individuals, so that each can evade the others and control enough to retreat behind closed doors. We could have a more intelligent society, but we would have to give up the myth of personal control.