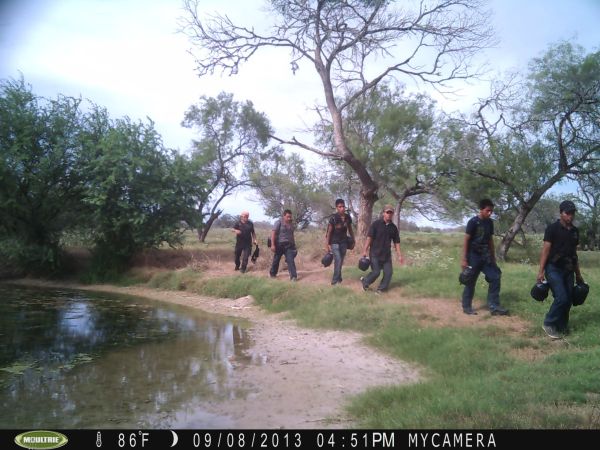 Plenty of people out there would like you to believe that there’s a binary distinction in quality of people. Those who earn money, idealized liberal politics, are white or black, or straight or gay, are seen as the Chosen Ones who can do no wrong, and the rest of us are lesser. This kind of clubhouse mentality appeals to the Crowd best of all, since if there’s an elect who will solve all of our problems, the rest of us can go back to slacking off and watching TV while they fix things.

Quality is an illusory concept in some usages, but a fundamental one. Consider that even among a highly-refined Nordic population, such as in Scandinavia, there are vast differences between individuals. Some are geniuses, some are superior warriors, and some top out at being short order cooks who can drink entire bottles of vodka. These are different qualities between people, but does this mean we can put them on a linear spectrum? After all, much as a body needs a stomach (dumber than a brain), nervous system (weaker than muscles), and muscles (less durable than a stomach), doesn’t any healthy society also need genius leaders, brave warriors, and durable artisans and laborers?

Within any population, there’s a great deal of diversity. Consider your friends, or at least the people who are dear to you — undoubtedly, some are smarter, some are stronger, and some more steadfast in day-to-day tasks. Geniuses make poor short order cooks, as their attention tends to wander and they want to “innovate” with each iteration of the process, which is moronic if you want a traditional omelette (did it really need raisins and cilantro with avioli sauce? probably not). Each friend has different strengths, and together, they work in parallel to form a healthy friend group. You don’t hold it against big Ed if he’s not as smart as Stan the computer geek, because you care about him for other qualities.

Such is the case also with human populations. At some point, tolerance and intolerance merge, and this is along the mental creasing point of parallelism: there are different societies, localities, groups and even people. Together they can form larger and more flexible structures, especially if they do not try to linearize – or become one single entity, under a single set of rules. This doesn’t mean it’s not time to thin the herd; there are plenty of people who are extraneous, even if we decide they have some positive qualities. The bottom line is that with fewer people, our ecosystem can continue to operate autonomously, which requires 3/4 of earth’s space for it and 1/4 for us, which requires fewer people living less “first world” lifestyles. It does mean however that we can understand each other without being “equal” and without comparing ourselves by the same yardstick.

In this thought, the greenest hippie and the most diehard National Socialist converge: they believe that local communities should rule themselves, avoiding the creation of a linear society that, lacking any goals outside of its own growth, cancerously expands until it threatens the very system that birthed and sustains it (“nature”). Even some fag-hater like Rev. Fred Phelps and an ACT UP activist can agree that not everywhere on earth needs to tolerate blatant homosexuality, and that not everywhere on earth needs to be ruled by the Iron Hand of interpreted Christ. Perhaps some communities will choose to live that way, and some will be like the Montrose in Houston, so gay friendly that the parking meters make kissing noises. Perhaps some communities, even nations, will be happy under future Hitlers, and others will be perpetual Clintonites. Can they coexist? Definitely; the only thing keeping them from doing so is the idea that we need large centralized republics like the USA, EU or China to unite us.

There is an inverse relationship between leadership capability and the number of people trying to make a decision. In most cases, an individual will arrive at some “work in progress” decision when confronted with a problem, and by developing their response, eventually solve it. Two people take longer, especially if they have different goals. When you get to a decent-sized committee, it’s more likely that they will reach a compromise that takes no decisive action, unless the problem is so obvious that response is more reaction that considered design (giant rubbery monsters attacking Tokyo require dramatic response). When you get to the point of a nation with 300 million people all voting on the same issue, some with the wisdom of genius leaders and others with the knowledge limitations of fry cooks, there’s no chance. They are doomed by the very act of trying to find one rule that fits all of them.

No clearer example of this problem occurs than in American politics. The big cities on the coasts have one outlook on the world, which is a liberal democratic cosmopolitanism, but the other states – where actual work gets done (just kidding, sort of) – have an entirely different pragmatic traditionalism. Both groups get yanked around by politicians who do their best to appear to be one thing, while continuing business at usual behind the facade of token issues (abortion, civil rights, evolution in schools, drugs, homosexuals in military). Did George W. Bush really represent Texas, for example? Or Clinton really represent liberalism? These guys are showmen, and they’re not evil; they’re earning a living like the rest of us, but by being public symbols. This system created them and perpetuates them.

You’d never think that hippies and Confederates would walk on the same path, but what’s come out of the sensible extremes of leftism, especially where it converges with environmentalism, is an emphasis on localization. Not coincidentally, the more traditional elements of American society (almost exclusively in the South) came up with the same idea some centuries ago, realizing that a federal coalition of self-ruling, independent States made more sense than a monolithic federal entity. What’s true in Georgia might be irrelevant in New York, and vice versa. If we overcome our balkanized identification with a political outlook, left or right, we can see that above those divisions common sense alone is king, and that common sense says we are different in local community as much as in individual spirit. We can work in parallel, but only if we accept our differences, and the way to do that is not to force “tolerance” on everyone (thus asking them to give up their own character) but to tolerate differences between communities, and to sort according to that agenda. If people really want to be stoners, they can go to California; extremist Catholic communities that don’t want abortion do not have to have it.

That’s individuality. You can either accept it or freak out about it, but one thing’s for sure: modern society crushes individuality and parallelism by forcing us into linear, gigantic, one-size-fits-all conglomerations that by representing “all” of our interests, represent no one, unless you can find a person who naturally is an average of all other people. Nature’s order clashes with the rigid binary logic of humankind, but is that kneejerk logic really natural to us, or is it a pit stop through history caused by democracy and the corresponding consumerism and egomania of a group of individuals trying to find one standard for all? Think each, not all. Individuality – whether of belief, behavior, race, sex preference or regionality – is superior to creating a vast machine and forcing us to conform to an average. It’s the only way to preserve our unique roles and through them, the overall quality of our species.