Green-Right Fusion Appears On The Horizon 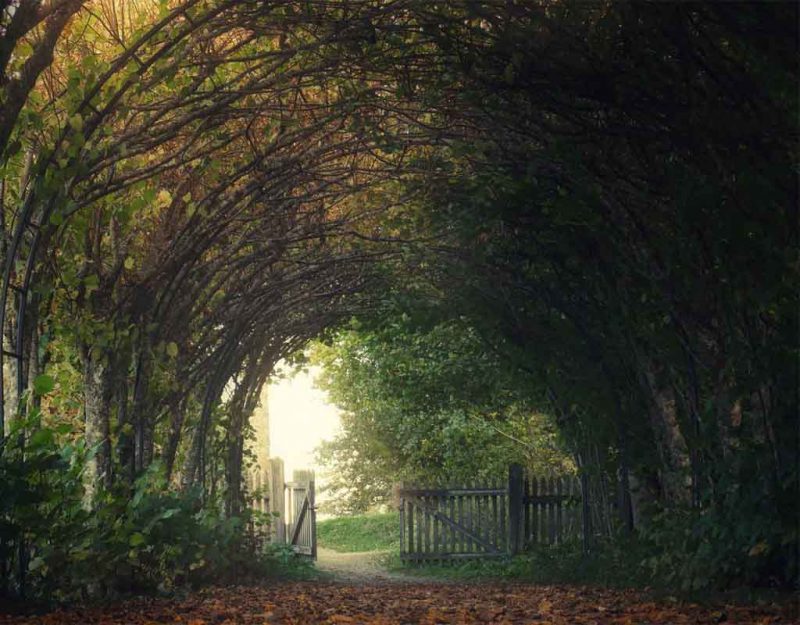 Politics involves two skills: leadership, and manipulating people so that you can exercise that leadership. The former comprises the good, and from the latter comes the inevitable entropy and devolution toward “compromise” that usually means nothing gets achieved.

For an example, consider the recent maneuvering in Austria:

Austria’s Greens on Saturday formally approved a coalition deal with conservatives led by Sebastian Kurz, backing their leader’s argument that it would keep the far right out of power and bring ambitious environmental reforms despite misgivings.

The Greens won 13.9% compared to 37.5% for Kurz’s People’s Party (OVP), whose last coalition was with the far-right Freedom Party (FPO).

In other words, the vaunted European multi-party system has created an Establishment capable of keeping conservatives out of power, so they had to piggyback on the Greens to make an unstable coalition. We are told this is better than the American two-party system, but skepticism remains.

While this is not inspiring, perhaps we should consider a Green Right party or at least alliance. After all, we have one thing in common: we both believe that our civilization is on a fundamentally wrong course, and that we have to believe in non-economic things to get back on course.

Even more, we can tie in those who simply believe that modern society is ugly, boring, permissive, destructive, and inhospitable to life. These are more than the Goth kids hanging out at the edge of the soccer field, but many normal people who shrug and throw in the towel at politics.

We are all people who believe that there are no “issues,” but an issue, namely that civilization is off-course and heading toward suicide, ecocide, and even more, continuing existential misery from a life that is shiny on the surface but humdrum at its core.

The conservative approach to environmentalism is conservation, or preserving natural land, and it tends to go hand-in-hand with an agrarian lifestyle, or one based on agriculture and the family homestead instead of the city, industrial products, and office job.

This approach was most recently revived with the rise of “crunchy conservatives” or hippie, agrarian, conservationist, and traditionalist fusion:

As city people who nevertheless dislike factory farms, shopping malls, cookie-cutter chain stores, and all the pomps and works of mass consumerism, we admired what the scrappy New York farmers were trying to do. In my Louisiana hometown, some farmers spent the go-go nineties selling their pastures to developers, and the torrent of cash caused McMansions to pop up like toadstools after a summer rain. It’s hard to blame folks for cashing in, I suppose, but the community in which I was raised was changing rapidly as economic growth caused it to become a bedroom suburb of Baton Rouge. In their own way, the New York farmers were doing what farmers in my Louisiana birthplace were not: conserving agrarian communal traditions by, to paraphrase William F. Buckley describing the founding mission of the National Review, “standing athwart history yelling Stop!”

Our conservative FAQ gives some context to the shift from environmentalism to conservationism:

Crunchy Con: The original conservative ideal included the sequestration of vast amounts of natural land for its preservation and that of the species dependent on it. This viewpoint became known as conservationism, which was replaced in the 1960s by environmentalism, which was a hybrid of conservationist ideals with liberal goals, which caused it to focus on limiting industry rather than sequestration of natural land.

Not surprisingly, this view meets few takers. People prefer the easy idea of environmentalism, which means higher taxes and “green”-labeled products, but not a fundamental change in lifestyle, as is argued for by the deep ecology movement:

We begin with the premise that life on Earth has entered its most precarious phase in history. We speak of threats not only to human life, but to the lives of all species of plants and animals, of the entire ecosphere in all its beauty and complexity including the natural processes that create and shape life’s diversity. It is the grave and growing threats to the health of the ecosphere that motivates our activities.

As our name suggests, we are influenced by the Deep Ecology Platform, which helps guide and inform our work.

A fundamental change in lifestyle means a re-ordering of society, and this offends the powers that be, so quite naturally they have decided to lump extreme greens in with the far-Right on the list of naughty thoughts:

Counter-terrorism police placed the non-violent group Extinction Rebellion (XR) on a list of extremist ideologies that should be reported to the authorities running the Prevent programme, which aims to catch those at risk of committing atrocities, the Guardian has learned.

XR featured alongside threats to national security such as neo-Nazi terrorism and a pro-terrorist Islamist group. The guide, aimed at police officers, government organisations and teachers who by law have to report concerns about radicalisation, was dated last November.

The disclosure that XR has been listed alongside proscribed groups such as National Action and Al-Muhajiroun is likely to be deeply embarrassing for counter-terror chiefs. They have for years faced claims that Prevent can cross the line to stifle legitimate free speech, thought and dissent.

Modernity came about through individualism during The Enlightenment,™ inspired by Asiatic views of mass mobilization based on self-interest instead of aspiration to join a natural law order of transcendent beauty, reversing the traditional Western approach.

It transitioned into its mature form with the French Revolution and Jacobins through an egalitarian program of class warfare, then inspired demands for economic equality (socialism), sexual equality (feminism), genetic equality (diversity), and sexual preference equality (LBGT+).

At its root, modernity wishes to replace the concept of order with the human individual, which requires centralized systems to take over the thought process of life choices from those individuals, and in the classic bureaucratic style, apply a rote process equally upon them to socially engineer results.

This opposes the natural law method, which sees a hierarchy derived from performance in the natural selection style, and the need for constant localized and particular adjustments of a detailed nature, as one sees in an ecosystem, which exists by balance instead of equilibrium and uniformity.

Right now, these seem like a far-off dream, but as the blue state exodus continues, it becomes clear that people want something else other than what the urbanized, industrial, and modern lifestyle offers:

According to an Election Data Services analysis of the Census Bureau report, “The population projections point toward a ten [congressional] seat change over 17 states across the nation by year 2020.”

The red-state leader is Texas, with a projected pickup of three congressional seats following the 2020 census — and that after gaining four congressional seats after the 2010 election. Florida will pick up two seats, and Arizona, Colorado, Montana, North Carolina and Oregon will each gain one, according to the analysis.

Currently, it looks like they are fleeing taxes and big city problems. Combine that notion with the increase in working from home and you see a pattern:

A study released Tuesday by Zug, Switzerland-based serviced office provider IWG found that 70 percent of professionals work remotely — a phenomenon known as telecommuting — at least one day a week, while 53 percent work remotely for at least half of the week.

Last year, a report by U.S. market research firm Gallup found that the number of American employees working remotely rose to 43 percent in 2016 from 39 percent in 2012. Another study, by telecommuting research firm Global Workplace Analytics and recruitment firm FlexJobs, found that 3.9 million American workers said they telecommuted at least half of the time in 2015, representing an increase of 115 percent from the 1.8 million U.S. employees that said the same in 2005.

It turns out that working from home is more productive than a conventional office environment:

Bloom expected the positives and negatives to offset each other. But he was wrong.

Instead, the robust, nearly two-year study showed an astounding productivity boost among the telecommuters equivalent to a full day’s work. Turns out work-from-home employees work a true full-shift (or more) versus being late to the office or leaving early multiple times a week and found it less distracting and easier to concentrate at home.

Additionally (and incredibly), employee attrition decreased by 50 percent among the telecommuters, they took shorter breaks, had fewer sick days, and took less time off. Not to mention the reduced carbon emissions from fewer autos clogging up the morning commute.

Oh, and by the way, the company saved almost $2,000 per employee on rent by reducing the amount of HQ office space.

Much like the city, the office environment depends on concentration of personnel in order to serve centralized needs like unison of activity, but this clashes with the need for employees to work individually as best fits them.

When we look at the disadvantages of the city — noise, crime, glare, feces, costs — and the pitfalls of the office, we see that people are opting for a lifestyle shift in the deep ecology model. They want to live in smaller communities with more natural space around them, and lower costs.

Combining the mainstream conservative zeal for a libertarian low-tax low-entitlements state, the traditionalist desire for a homestead-based existence, and the Green pursuit of a lifestyle in balance with nature, and we see how urbanization itself is coming apart.

The time is ripe for a Green Right.