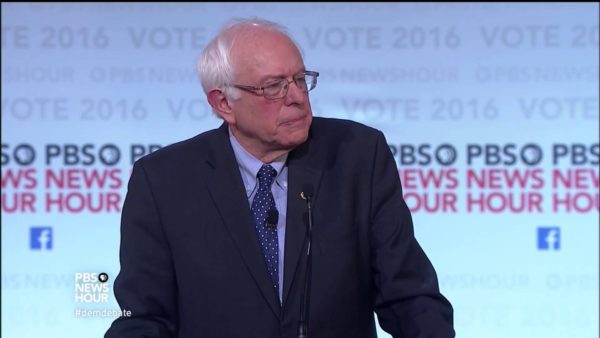 The circular Ponzi scheme long described by this site is a process by which liberal democracy funds itself based on demand for its currency.

It takes the following form:

The notion for this odd program came from Keynesian economic theory, which holds that government should borrow to invest so that its economy can grow and its taxes will be higher. This was often described as “pump priming”:

the activity of helping a business, programme, economy, etc. to develop by giving it money:

The government is awarding small, pump-priming grants to single mothers who are starting their own businesses.

But really, this is a version of an ancient tactic of self-promotion by having a friend or relative purchase a product that you have for sale, so that other people will buy it based on its popularity, in effect reifying the false promise offered by its advertisement. Someone who claims to have the best hot dogs in town will do better to have his friends buy a few hundred to make that statement seem true.

In fact, even governments do this to promote their own agenda:

The State Department spent an additional $9.8 million on purchases the GOP characterized as “frivolous,” such as the $79,000 in taxpayer funds Clinton’s agency used to buy up copies of President Obama’s book or the $53,004 her agency spent on “marble polishing services” at the U.S. embassy in Brasilia “during the summer of 2010.”

The liberal democratic governments of the West rely on continual pump priming to keep their economies from imploding with the burden of costly entitlements or social benefits paid directly to citizens, which are the largest source of increase of government spending since the 1930s: 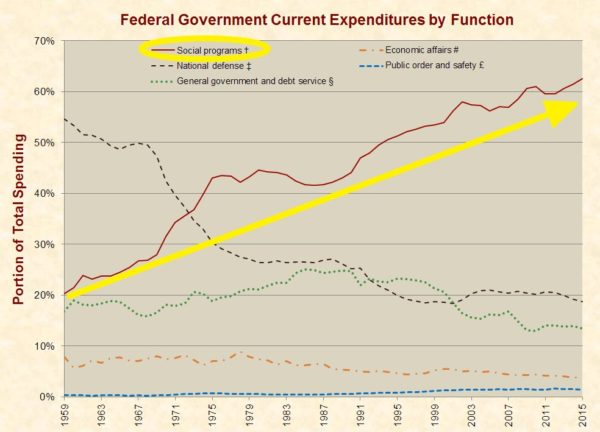 This is clarified by a category breakdown:

Eventually, this scheme will self-destruct when the tax base — those who pay taxes — are drained completely in order to pay for the tax eaters, and government has so much debt that it cannot borrow any more, presenting conditions for default.

Default will ruin the value of the currency. Of course, government and professional political agitators will have taken their money out in advance and transferred it into other assets, so they will own most of the country even though the money will be worth less than monopoly money at that time. These were the conditions in Weimar Germany brought on by wartime debt and reckless social spending like is common in Europe and the USA at this time.

This calls to mind Margaret Thatcher and her famous statement, “The problem with socialism is that you eventually run out of other people’s money.” Other People’s Money (OPM) is the currency of government social programs. They redistribute this income through wealth transfer in order to create a Potemkin economy where people are buying junk so that government can take out loans.

A circular Ponzi scheme relies on the same “fast money” policies introduced during the Clinton era that carried forth the ideas of FDR, JFK and LBJ to create a permanent socialist state within a capitalist economy. Most problems attributed to “capitalism” are actually a result of this circular Ponzi scheme glitching.

This variety of demand-side economics is popular with Leftist governments. Most of them carry huge debt, like Venezuela, which they default on once the government collapses, but not before the elites get rich, like “man of the people” Hugo Chavez who died a billionaire.

One problem of the circular Ponzi scheme is that it leads to make-work and pro forma activity at jobs instead of productive activity. The massive debt load incurred by social programs depends on lots of economic activity, so even nonsense fake work and importing third world labor are seen as “necessary” to pay for yesterday’s benefits (2009 article).

The circular Ponzi scheme also causes runaway growth, which leads to overpopulation as money is distributed before there is a realistic basis for its perpetuation, causing the lowest echelons of the socioeconomic order to explode in population, as this chart shows: 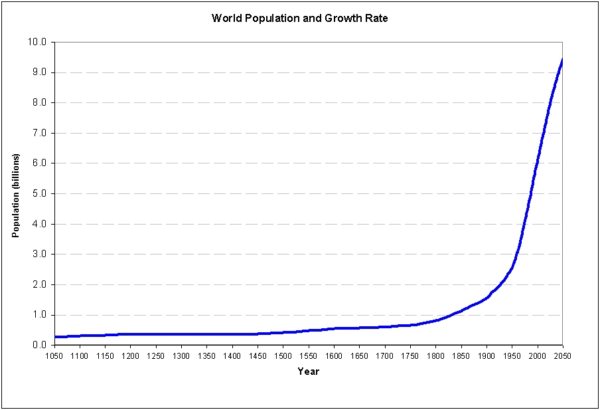 Like all forms of false growth, the liberal democracy circular Ponzi scheme will result in simultaneous economic, political, social, environmental and biological collapse. Those who stole money from the system — the smartest monkeys of all, in their view — will retreat to special enclaves where they can afford to generate air, synthesize food and live comfortably while the rest of the world and its ecosystems die off.

As usual, humanity is too clever — but not intelligent, which may require the nobility to care about what is real versus backscatter from the neurotic human brain, enough — for its own good.