They Admit It: “American Prosperity Depends On A Non-White Future” 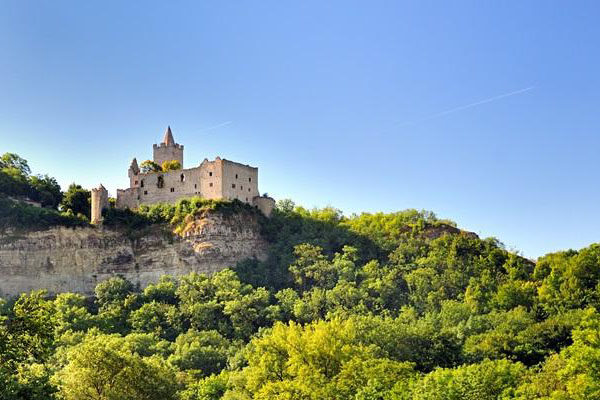 Listen. Listen quietly. Wait patiently. If you take enough time, your enemies will tell you exactly what they think. Give them the space and they will eventually justify themselves to you, and then you can see the plan in full.

One of the leading business publications in the world, Bloomberg News offers us the clearest statement of white genocide ever offered in the media:

If the U.S. economy is going to prosper, it needs to keep taking in immigrants. Fertility is below replacement levels, and no country has discovered a way to raise native birthrates. That means that immigration is necessary for the survival of the Social Security system and the solvency of pension funds.

It is so blatant that you might have missed it: immigration is needed to pay for the pensions for Baby Boomers, and it is necessary because we are not having as many babies as occurred in that boom. Our largest and most Leftist generation ever is fading out, and in the ruins of a society ravaged by their political ideals, there is not enough wealth to keep them in a state of comfortable retirement.

They even tell you in the next few lines:

Immigrants will allow small cities to grow and expand their tax bases, instead of shriveling into ghost towns. Immigrants support the housing market and the stock market. They take care of elderly Americans and provide invaluable skills for U.S. corporations. Without continued robust immigration, the U.S. population will shrink and gray, and the country will start having the same problems as aging societies like Japan, South Korea, and East Europe.

They are promising yesterday its retirement funds by sacrificing today. As usual, drugged by the dogma of egalitarianism, business and voters assume that all people are the same, so they can move in a bunch of third world people and have America keep operating just as it has. They are relying on their laws, economic theories, Constitution, and police power.

We know this is true because Europe is doing the same thing:

Western governments are broke because of their social programs and yet cannot reduce them because the voters will panic and rage.

The demographic squeeze could be eased by the influx of more than a million migrants in the past year. If many of them eventually join the working population, the result could be increased tax revenue to keep the pension model afloat. Before migrants are even given the right to work, however, they require housing, food, education and medical treatment. Their arrival will have effects on public finances that officials have only started to assess.

There are many problems with the immigration plan. First, it stimulates overpopulation by creating an escape valve from the already-overburdened third world, which in turn causes people to breed more because the cause of that overpopulation is a Tragedy of the Commons style need to have a large enough family to subsidize each person in old age, so when that family leaves, they make more of them. Second, it destroys Western civilization entirely by ethnically replacing its one unique component, namely its people and their genetics. Third, it assumes that people from third world countries will produce at the level needed, when if they could have done that, they would have back at home where living is cheaper.

Now you see the Wall Street Journal and Bloomberg News telling you what the rest of the mainstream media will not: the great rush toward diversity has always been about ensuring an easy retirement for people raised on the socialist programs of the 1930s.

They were told back in the day that these programs could not sustain themselves; they paid out more than they took in, and investing the money only made it unpredictable as to how much would be there in the future. And so, our society slipped itself on the needle of stealing from everyone to give to a subset of the group. We are addicted to funding our retirees.

Socialism always kills societies this way. When you give out free things, people shape their lives around a negative incentive to save and be responsible. For them, it is easy; all they have to do is keep going to work for thirty five or forty years and then they retire with a pension or generous social security. It is a paradise for workers, much like Soviet Communism promised to be.

But like all our great human failings, this one starts with a simple pitfall. People who are working for the system, instead of working to achieve results, are not effective or efficient. They phone it in and do the minimum they must do in order to avoid criticism from others. In turn, the quality of output falls, and so does the value of the economy.

This rushes us into a death cycle. Millions work long hours at jobs doing tasks that ultimately are not necessary, just so their bosses can get promoted for being effective at the ineffective. They are taxed mercilessly and that money is dumped on the underclass, which spends it on consumer products. This puts money into fast motion, and causes the economy to switch to demand-based economics.

Right now, we are being erased as a people so that a generation can get the benefits it voted for after being promised them by people who knew the scheme would never work. What do they care, they got their retirement benefits already, and all of them are hoping to be very dead by the time the bubble pops.

Look at what else they are celebrating:

But even more encouraging are the numbers on interracial marriage. Marriage is proof that diversity isnâ€™t just creating tensions between new and unfamiliar neighbors, but positive and lasting social bonds. A new report by the Pew Research Center provides some amazing numbers. Half a century after laws against interracial marriage were struck down by the courts, the share of new marriages that are interracial has risen from 3 percent to 17 percent. For black Americans, the rise in intermarriage has been particularly strong.

With unique races gone, you will have nothing but your job, government ideology and consumer shopping. This will create the perfect citizens: a grey race of people without culture, values, heritage, customs or religion. The perfect raw material to be shaped by the machine of government and media.

Amazingly, your leaders think this is a good idea. To them, the voters are dupes — here they are correct: even smart people in groups vote like morons through compromise, the lottery mentality and gaming the system — who will approve ridiculous schemes. A politician realizes that either he offers free stuff, or the next guy will, and that guy will take the election. So they all lie.

We know this means the end of the chance for the West, shattered by two world wars, to rebirth itself. With the loss of its people, so goes the possibility of their civilization. And all of this to pay for votes, bought with social welfare entitlements programs we could not afford, so that people would feel comfortable in an obviously declining, unstable society!

The U.S. is becoming more integrated at the regional, neighborhood and household level. Americans say they like diversity, and they are voting with both their feet and their ring fingers. The future of the U.S. as a successful multiracial nation isnâ€™t assured, but itâ€™s looking more and more likely. And that should be good news for the U.S. economy, since it means growth wonâ€™t create noxious social divisions.

Listen again. They tell you their fears: they fear noxious social divisions, meaning that they know diversity will not work. This is why they are rushing toward intermarriage, because if you destroy all of the races, then you have no social divisions. In other words, the same reason why they wanted class warfare; they want to eliminate all conflict through pacifism, and make us all obedient sheep.

The only way out of this mess is to stand up against diversity and its parent theory, egalitarianism. You cannot say that all people are equal and not invite the world to come live among you. But a group composed of every race has no race, and a country for everyone is a country for no one. Oh well, at least the Me Generation will have comfortable retirements as civilization dies out around them.