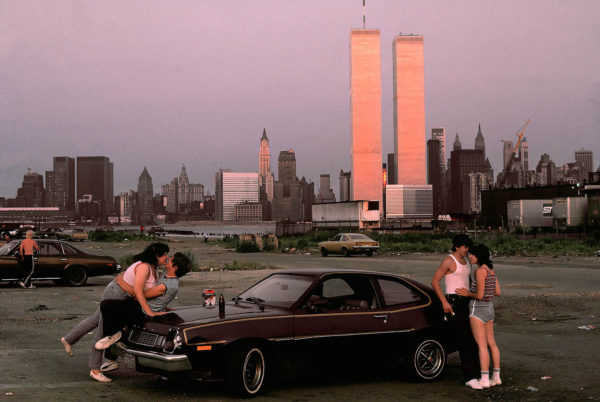 The Left invented memes, but for them meming took the form of whispers through a crowd. These were little fragments that made people feel witty for repeating and gave them reason to keep on keeping on with the glorious People’s Revolution in whatever form it was taking that week.

One meme the Left loves to sling around is “late stage capitalism” because, having won on social welfare and entitlements, the Left has created a vast audience of dependents who want a full ride from cradle-to-grave just for being precious snowflakes. This is the crisis every society faces; if you include everyone, you legitimize free rider abuse and turn society parasitic.

Europeans like to brag for example about their excellent social benefits states, but none of them are solvent, necessitating importation of third-world labor to pay for those pensions when they come due, and they make people miserable, which is why Europeans are not reproducing at a replacement rate.

Bureaucracy, democracy, and jobs ensure that life is shaped by control for every minute of every day. People can no longer “just live”; they have to deal with the fact that they are born in debt to pay for the social system, then have to work a job which is basically nonsense activity to keep the proles occupied, and must deal with endless rules, red tape and petty authority figures.

This parasitic society makes everyone miserable, but the Left consists of people who are already miserable as part of their character, and so they do not mind going into full misery. For them, it is better to win and “be (proven) right” than to create a pleasant experience of civilization, or a healthy one, for civilization as an organic whole, the group or the individual.

And so we hear a lot about “late stage capitalism.” The simple point of this meme is to blame the failures of our existing Leftist government on capitalism so that we can go full Socialist without our consciences bothering us: if something is already failing, it is illogical to pursue more of it, unless one has a scapegoat.

This strategy is not new. The Left blamed upper classes for the reckless breeding of the lower; it blamed “racism” for the failure of diversity; it blamed nationalism for the instability of the modern nation-state, itself a creation of liberalism. It blamed the kings for its social failings, and promptly elected governments so incompetent that the kings could never be worse.

Capitalism is the latest scapegoat, and it has become more visible of late. Over the past seventy years is that the Left has stripped away everything except the economy and Leftist ideology, and as a result, the economic system takes center stage. If we were thinking clearly, we would blame the ideology, but the Left always styles its beliefs as “normal.”

They get away with it, those wacky Leftists, since the pathology behind Leftist beliefs consists of eternal human failings. Envy, resentment, irresponsibility, lust for power and greed are all part of the Leftist pantheon, but because these are familiar human behaviors, Leftism is less of an advocacy position that acceptance of those failings; this is the idea of equality: we accept people despite their bad behavior, and give them an equal footing to those who behave well. It is a form of “social pacifism” or a cessation of the fight for doing what is right by having all participants “agree to disagree” instead of aiming for finding an answer and improving our own behavior.

Capitalism has always been in their crosshairs because it is not equal. If ten guys set up stalls selling apples, one is going to do better than the others. Those of us who are pro-capitalist are so not because we love commerce, but because we want to minimize it. Having better apple seller stalls means that we do not need to spend time and effort “managing” all of the stalls to ensure there is equality.

One would be hard pressed to find a fan of capitalism who desires to have capitalism alone. All of us on the Right favor capitalism because everything else fails, and we view it as part of a complex structure to civilization. The Left has one idea, equality, where the Right has a pocketful of random bits, like hierarchy, culture, capitalism, nationalism and conservation.

But the Left wants to blame capitalism. This is after they effectively removed it in the 1800s by regulating the banks, then enfranchised a new crop of idiots who invested like fools, and when that detonated in the Great Depression, they used that moment as a chance to bring Leftist-style social welfare programs to America and when those failed, to double down with the Great Society programs.

The funny thing is that all postwar Leftist nations are following the same structure that National Socialism had, just without the nationalism. There is a strong state presence, and it guides us toward race-mixing instead of racial preservation, but it integrates itself with business and depends on capitalism to fuel its fires (and then, on taxes to pay for those fat social entitlement benefits.)

At this point, what we think of as “capitalism” is unrecognizable. When you have millions of lines of regulations and laws, including treaties and international standards, and use a circular Ponzi scheme to both fund welfare and “prime the pump” of consumerism, capitalism is dead.

Some would say it was replaced by consumerism. Capitalism rises from the way life has always been: people do things for one another and are paid for them, and some are paid more than others to encourage a rise in standards. Consumerism is the Soviet version: instead of focusing our economy on the difficult task of producing value, we make cheap schlock and sell it to plebes for low prices (but with high margins).

In other words, we democratized capitalism. Instead of having people at the top driving the economy based on actual productivity, we are selling stuff to ourselves, and claiming that this is productive. This is why we make very little of what we see, from clothing to electronics, even if we manufacture a lot of stuff here.

Consumerism drove immigration because people wanted cheap food, not good food. In the past, we realized that doing things the right way was expensive, and since this was a cultural recognition, stores were able to sell good food at relatively high prices, which kept agriculture healthy. But we democratized that, and so now you can barely find any good food, just more of the same industrial farmed tasteless tomatoes, nutritionless meat grown on inferior feed, bread and more bread made without yeast or real eggs, and an endless supply of food infused with sugar, salt and cheap oils. It is all “prole food.” You will not build a nation on this.

Similarly, consumerism smashed down the quality of goods and services. Fifty years ago, you could get a shovel that had a solid wood handle and a thick blade. Now, you might be able to find one, if you go to a boutique store, but if you are just down at your local hardware store, you find plastic and thin blades. Craftsmanship has mostly fled these lands.

The same is true of construction. Houses and offices are basically pre-fab and designed to last for three decades at most. The pipes are plastic; the walls and furnishings are all off-the-wall parts designed for easy and simple installation. You no longer need a brain to be a construction guy; you are another office worker, not a calling like “carpenter” or “plumber” or “electrician.”

Of course, you can still find those job titles, but they are ersatz too. There is a course of study and a few basic types of procedures one must learn, but the creativity is dead for the most part, since you are hooking up gadgets made in factories far away. Now, there are some who carry on being craftsmen, but they are outside the mainstream, and nearly forgotten.

When all of your workers are craftsmen, construction is more expensive but it is also of better quality, not this IKEA-style paint-by-numbers stuff. Your buildings can last for hundreds of years. But consumerism, with its mantra “quantity over quality,” is a form of democratization. It wants more buildings and more buyers, not discerning buyers or buildings that last for centuries.

We could retaliate against the left by referring to this time as “late stage consumerism.” That oughta piss them off… but it is not accurate, either. Consumerism is a symptom of democracy. Democracy is a symptom of the me-firsters winning out, because it demands that we include everyone equally, instead of having a marketplace for human beings where the best are prized. Equality is a symptom of an angry mob of people, each of whom wanting to be included despite his failings, which is itself a “me first” attitude: individualism.

We should however simply counter their “late stage capitalism” meme with “late empire” or “your civilization has collapsed.” Every effect has a cause, and that cause has a cause, all the way back to someone making some bad decisions in our past, and now we are so far down the rabbit-trail that we can no longer see the light. Until we wake up and make an effort to restore civilization, that is.

How Franklin Delano Roosevelt Invented Modern Leftism | Democracy Dies As Inequality Is Revealed To Be Innate, Not Social