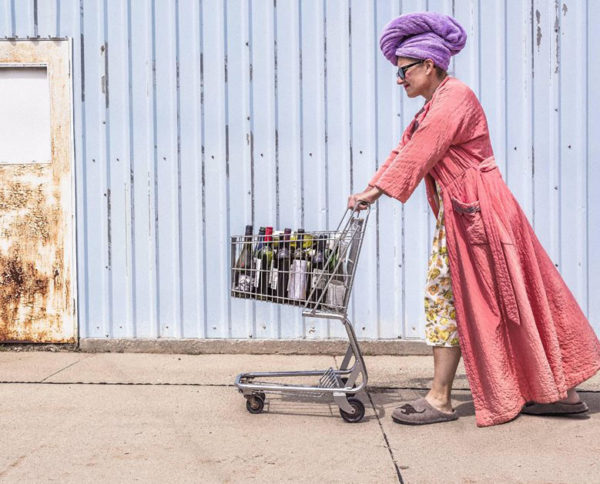 As Alexis de Tocqueville warned, at some point people realize that they can induce politicians to bribe them with money taken from taxes, and they will spend tomorrow on today and leave nothing behind. In the liberal democratic West, this takes the form of spending on entitlements, specifically pensions which have created a massive shortfall that will cause the collapse of Western democracy.

In private industry as well as in government, a pension tsunami is going to destroy solvency entirely. Pension shortfalls are bankrupting cities and despite projected taxes from new immigrants will not be solvent at a federal level either.

The fad and panic that is diversity was in fact cooked up in order to fund pensions from the people born in the 1940s and has not brought in the revenue that was hoped for, but has instead drained other social programs, on top of financial collapse of the entitlement programs which are the biggest addition to our budgets since the 1950s.

Democracy voted for free stuff, and figured it would pay it off in the future. Now the bill is due, just in time for those receiving the bulk of those benefits to eat them up in medical end-of-life costs and then perish, leaving their children and grandchildren to be born as debtors to failing nations.

Now we see how it will all end: through a pension tsunami shortfall bomb that will end Western governments:

Longer life spans and disappointing investment returns will help create a $400 trillion retirement-savings shortfall in about three decades, a figure more than five times the size of the global economy, according to a World Economic Forum report.

That includes a $224 trillion gap among six large pension-savings systems: the U.S., U.K., Japan, Netherlands, Canada and Australia, according to the report issued Friday. China and India account for the rest.

…â€œPension underfunding is the climate-change moment of social systems in the sense that there is still time to do something about it. But if you donâ€™t, in 20 or 30 years down the line, society will say itâ€™s a huge problem.â€

Right now, people are looking at the best case scenarios in order to claim that this problem can be fixed. But it cannot. Our industry thrived through several booms that now turn out to be bubbles, and the high costs of diversity plus low returns from our diverse population ensure that we will be facing other shortfalls as well.

As usual, democracies vote themselves into oblivion, and as this becomes clear yet again, even the dunces in charge will recognize that liberal democracy has collapsed just like the Soviet Union, Nazi Germany or Napoleonic France. Yet another attempt to make egalitarianism functional will have perished, leading us to conclude it cannot work at all, and that people are indeed not equal.

But first we must see the last act of the opera. Democracy will never cut entitlements because to do so is political suicide. Trump is trying, but all those checks and balances to prevent “tyranny” ensure that he will not succeed. Planning to fix the pension bomb will require austerity measures now and radical saving of money that politicians and voters both want desperately to spend.

Instead, democracy will borrow itself into collapse. In order to pay for these social programs, the first world countries will take out more debts. The debtors will soon own those countries, but find that nature is a cruel mistress, and that what they have purchased is no longer worth what they paid for it. In the meantime, Western governments will find themselves in the true death spiral of paying more in interest on past payments than they can take in per year, even though they will surely crank the taxes up to the maximum.

While all of this is happening, all of the other fond notions of voters and politicians will come crashing down as well. The environmental crisis will bloom first in crashing food species, and next in unstable ecosystems. Diversity will detonate into balkanization, which will shatter internal commerce by interrupting shipping, which will have to go through dozens of tribal areas and pay tribute. Our blithe foreign policy will collapse in many small wars. Proliferation of weapons will make them more interesting. And many other ways as well.

Governments at that point will have the ugly choice between hyperinflation and default, and they will choose hyperinflation in order to dodge the blame. But with costs rising exponentially, currency value crashing, and past debt requiring more than can be delivered, liberal democracy will die an ugly prolonged death that will victimize the voters who approved all this nonsense years ago.

And no one will pity them.