Things That Cannot Be Said (In Egalitarian Times) 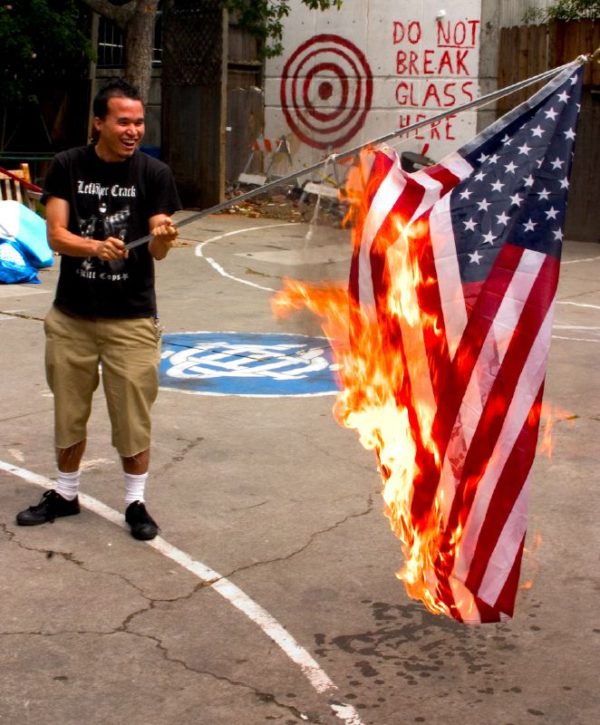 In healthy times, our symbols correspond to reality. In sick times, symbols are complex labyrinths of thought designed to avoid reality. For that reason, everything is written in code, with most of the time giving to meaningless platitudes so that the various powers-that-be do not behead the speaker.

Such a cryptic messages poked its head out from the pages of The New York Times, normally a solid Leftist rag but one in which occasional flashes of insight sneak past the filter:

Our current debt may be manageable at a time of unprecedentedly low interest rates. But if we let our debt grow, and interest rates normalize, the interest burden alone would choke our budget and squeeze out other essential spending. There would be no room for the infrastructure programs and the defense rebuilding that today have wide support.

…The solutions are clear enough. A realistic approach toward the major entitlement programs is required, given that they are projected to account for all of the growth of future noninterest spending.

Since the 1950s, one area of government has grown to be more than half of our budget: entitlements, or payments to citizens, which your great-grandfather would have called socialism and considered a fate worse than death. As it turns out, he was right. We cannot afford these programs.

Any nation with $20 trillion in debt is hovering dangerously near default no matter how large its GDP is simply by the nature of the effect of that debt on the rest of the world, relative to what the rest of the world has to offer. It is a handle by which the country can be swung. It is also so huge it has rippled effects across the globe.

If our budget consisted, as it did before the 1930s, of military spending and infrastructure alone, none of this would be a problem.

Donald Trump has taken an intelligent approach to policy: he first intends to cut off the government’s blank check spending spree, and then point out that now we cannot afford these social programs because we never could. Some he intends to privatize, like health insurance, which makes more sense as people will be paying reduced rates for their own care.

Baby Boomers grew up in the 1960s with 1930s assumptions. In their mindset, there would always be more happy suburban normies to pay into every program than there would be takers, and they could use this resource — the vast productivity of the American heartland — to subsidize any government program or needy person. Underneath this was the assumption that the Boomers would help themselves to as much of that wealth as possible.

This created the mentality in which we now live: individualism, or the idea of the citizen as someone who takes from the collective wealth and is empowered by rules to do whatever he wants, no matter how insane, because somehow society owes it to him to subsidize him.

What this has done is create an environment that favors this behavior, which makes jobs and living excruciating for the suburban normies of the American heartland. They are now dropping out, just like years ago the Anglo-Saxons dropped out of government because it had become a grinding task of idiot management. This creates a society out of control in the hands of the insane.

This insane group now exists as an echo chamber in the big cities of the world, re-affirming its own assumptions by cherry-picking data and then dressing it up as “theory,” and like the Harvard intellects who bungled the American war in Vietnam, it is usually incorrect but goes into damage mitigation instead of reconsidering its assumptions.

Our elites are the result of us. Socialism creates a passive population which in turn requires a managerial bureaucracy that looks after that population through a in loco parentis style Nanny state. This is why rules and regulations explode outward like flowers in spring. Citizens and government have become codependent in the worst meaning of that pop psychology term.

Also in The New York Times, the usual cheekily well-written and guarded expression of doubt about the system from crypto-Traditionalist Ross Douthat:

The dangers of a Hillary Clinton presidency are more familiar than Trumpâ€™s authoritarian unknowns, because we live with them in our politics already. Theyâ€™re the dangers of elite groupthink, of Beltway power worship, of a cult of presidential action in the service of dubious ideals. Theyâ€™re the dangers of a recklessness and radicalism that doesnâ€™t recognize itself as either, because itâ€™s convinced that if an idea is mainstream and commonplace among the great and good then it cannot possibly be folly.

Almost every crisis that has come upon the West in the last 15 years has its roots in this establishmentarian type of folly. The Iraq War, which liberals prefer to remember as a conflict conjured by a neoconservative cabal, was actually the work of a bipartisan interventionist consensus, pushed hard by George W. Bush but embraced as well by a large slice of center-left opinion that included Tony Blair and more than half of Senate Democrats.

Weak citizens produce weak leaders. For those leaders, politics is a job, and they excel at the job which is the opposite of succeeding at the task of leadership. Leaders tell hard truths and take risks; professional politicians, pundits, lobbyists, journalists and academics specialize in selling pleasant illusions dressed up as profundities. The citizens, who have become huddled sheep, accept this.

Thus the rise of the Alt Right. In his article “What Is The Alt Right?” Jared Taylor gives us some hints about the radioactive core of this movement:

…The Alt Right is a necessary alternative to a â€œrespectableâ€ right that has completely capitulated.

In dying concerns — businesses, social groups, societies — the same pattern emerges: dogma takes the place of reality, because by inserting the proxy of politics into the middle between cause and effect, humans force themselves to make decisions based on social appearance instead of realistically likely results of each possible action.

The orthodoxy of the West, egalitarianism, is what produces both the welfare state and the cluster of elites that we call “the Cathedral” who control the narrative by filtering out and demonizing any contrary information. This is the essence of a death spiral: if a pathology is repeating the same act and expecting different results, orthodoxies of this nature create pathology by denying that the results are the same, giving themselves justifications in “theory” and “morality” to repeat those actions.

The tragedy of Christianity is how cucked it has become, and how it can serve as a kind of basis for leftism (universalism + individualism + resentment). I agree with Spengler and Nietzsche on that count.

(It is worth noting that the precursor to this site, CORRUPT, did the same, as did previous articles by this author.)

Individualism demands egalitarianism so that the individual is protected against judgment by reality and others who might know better. Historically, individualism is a defining trait of lower social castes and third world societies. When your society goes individualist, it reverts to that proletariat mob rule and then, third-world, state.

The truth which cannot be spoken is that individualism is a lie, and we cannot subsidize it, so we must not just limit but fully remove all egalitarian programs. Democracy, welfare, mandatory health insurance, unions, public education, and government retirement benefits must all die in order for us to survive.

Luckily, this house of cards has begun to fall. Trump’s budget will force defunding of the entitlement state; his foreign policy will force Europe to pay for its defense, at which point it will become clear how much it also cannot afford its precious social programs. If he is not elected, Clinton will further push us toward the abyss and, after the default, these programs will cease to exist.

This is the world in which the Alt Right arose: a death-struggle between individualism and realism. The realists see no point in living for the self, or for society. Instead they aspire to transcendental goals like excellence, reverence, wisdom and moral bravery. With those, the West can rise from its moribund state, but only if it kills the monster of egalitarian orthodoxy and the individualism that supports it, first.