A default is the best thing that can happen to America right now. 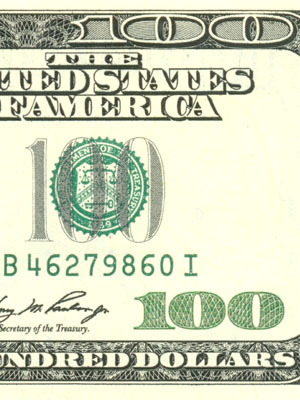 Every now and then history hits us with a clear sign that we must change course.

It’s usually surprising, since we think of history as something that happens to other people in other times. Black and white photos help us keep our distance. But history is what arises from decisions, and decisions are made every day.

However, it often takes centuries for their effects to be seen.

For example, World War II — itself a continuation of World War I, for maximal lugubrious tedium — was a fratricidal venture spurred on by another fratricidal venture, the French Revolution of 1789 which a century later spurred the Franco-Prussian war and by its breakdown of the traditional nation, ensured that countries would form politically unstable alliances for the next two centuries.

Right now in the USA, we’re seeing the 1960s explode all over us. The 1960s were when the post-WWII West decided to pursue liberalism instead of anything that might reek of Hitlerism or any other prewar order. After all, we won the war by being popular and pandering to people and making them feel good, so they built up our economy to crush German and even the Soviets.

Even more, we were caught in a Cold War with some honest leftists — honest meaning they laid out their whole agenda in a plan called Communism, instead of hiding behind gradualism — and many people couldn’t handle the stress. They sought appeasement, which is what herds of people always do because they’re faithless and heartless. (Only individuals are brave. Crowds are cowards by their nature as mass expressions of individual manipulation.)

Between the Useful Idiots in the press, the military wishing we had a more consolidated approach, and the politicians wanting a way to justify the kind of power they’d like to have to compete with the Soviets, America and Europe shifted toward leftism. In fact, they were repeating the goals of 1789’s French Revolution:

We’ve heard those before. They are basically an individual’s wish list for privileges that a mob, using guilt for the appearance of not being generous, can manipulate out of its leaders.

However, since the 1960s the United States has been unable to control its spending in pursuit of those objectives, mainly because those objectives are black holes. You can throw infinite money at problems, but until you get to the root cause, the problems will remain.

For example, that the root cause of inequality is unequal ability. Or that the reason internationalism fails is that nations exist for self-preservation, identity and shared values. Or that women want to be mothers first and job-cogs second. Or that democracy is mob rule, and produces unrealistic results applied with religious fervor.

When Lyndon Johnson unveiled his “Great Society” programs, the United States was just picking up the pace of what it had done since the 1950s, which was to radically expand spending on “gifts” to its citizens. This area of growth represents the change in our budget since the 1950s.

We’ve never been able to afford it, but whenever the question comes up, the vote is deferred. Why? Because free stuff is popular, and giving away free stuff makes even our most impoverished and dysfunctional citizens feel magnanimous and altruistic. Like all things liberalism, this is a feel-good situation that resembles the friendly chatter of a salesman or drinking buddy.

In 2013, we’re finally facing the issue. By shutting down government instead of just voting in another dozen years of “free money” which we promise to pay back some time in the future, Republicans are acknowledging a few things. The first is that we’re out of people who are willing to lend to us, or will be soon. The second is that we’re digging this giant hole for ourselves in exchange for nothing of real benefit. We’re just buying votes.

The Democrats are warning us (and the mainstream media is helping them, shaking fingers at us) that if we don’t back down soon, the country will go into default. It will announce it cannot pay its debts and have to restructure. It won’t get its same “free money” loans as before. Democrats swear this is the worst thing ever, because it will slaughter their social programs which make up over 50% of the budget.

If we think clearly however, default is the best thing that can happen to the US right now. Cut the addict loose from its source of nearly-free heroin, and force it to re-evaluate all those Great Society programs which have failed to eradicate poverty. Let’s look hard at each government employee, at every program, and be skeptical about adding function to our government.

It’s time. Right now, Americans have no confidence in their economy because they recognize it’s built on paper foundations. Some writers are noticing the complete lack of accountability of American borrowing and pointing out its inevitable and imminent end.

Most Americans want substantial cuts to be made before we return to business as usual. Others have figured out that it’s not just the USA, but the West as a whole that has spent itself into oblivion chasing the chimera of Leftist social programs.

For these reasons, there’s a lot of us out here who are telling Republicans not to back down. In fact, don’t even bother. Run the crazy train off the rails, finally, and end the out-of-control debt bomb that benefits only liberals as they buy votes with an entitlement state. It’s the only way we’re going to stop our addiction to easy credit and wasting money like there’s no tomorrow.