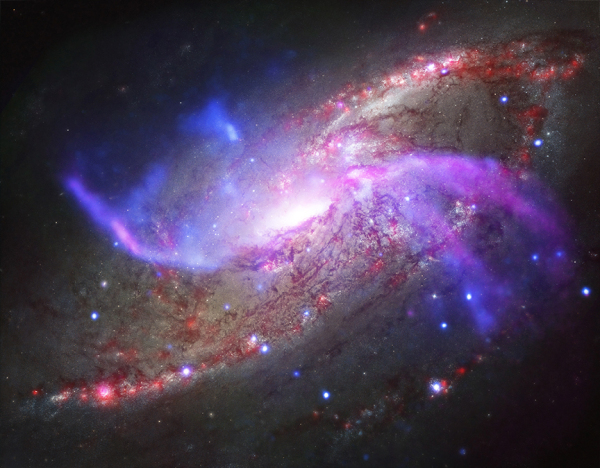 Conservatism has painted itself into a corner in the context of modern democracies because it tends toward the political stance that there is one right way of doing things, and that all must either follow it, or society shall collapse. Two immediate disadvantages arise: first, society does not collapse visibly, but decays slowly, and thus this warning appears to be an empty threat; second, when faced with someone who does not fit the correct order, conservatism must either exclude them, and appear draconian to the crowd, or include them, and erode its own order.

What may be more sensible for conservatism in the future is to discard this sense of absolute, one-size-fits-all government and to embrace instead the concept of pluralism, but to modify it from parallel pluralism, where we all exist according to our own individual schemes in the same society, to serial pluralism, where individuals of similar belief aggregate into societies within a larger society, and are free to conduct the local operations of their civil unit according to their beliefs. A parallel pluralistic society would be one like modern-day California, where postmodernists rub elbows with Romanticists, but a serial pluralistic one would be like medieval Europe: individual tribes and communities define their own ways and exist as neighbors with no intention of establishing a dominant, absolute standard for all subdivisions of the civilization at large.

Although this realization sounds similar to the populist utilitarian rhetoric of the left, it is not equivalent to a belief in cosmopolitan multiculturalism, nor an abandonment of the moral and cultural imperative that we reach for the traditional heights and disciplines of Indo-European society. It is however a more complete formulation of these traditional beliefs, and a way for us to achieve them in a world where we are massively outnumbered, yet wish to hold on to what we have created and are creating for ourselves: our way of life, and our ideals. The way one upholds such ideas is by relinquishing the concept of proving them, in the sense of an absolute such as one way of life by which all must live, and turning to the idea of asserting them independently of all other beliefs, such that the conservative belief system is based upon preference as a means of establishing uniqueness. Under this view we live as one society among many, but like the other societies we see lauded in National Geographic or The New York Times for “fightingly valiantly to preserve their way of life against encroaching modern society,” our cause is no longer one of attempting to control, but trying to carve out an enduring place for ourselves.

This does not at first appeal to the warlike and assertive spirit of the Indo-Europeans, but when we consider that we have always been a minority, and have lastingly been the civilization builders who succeeded by isolating themselves in areas where the power aspirations of others did not influence, we can see this as a restatement of historical and ethnographic fact. Further, to say “I prefer” is a stronger statement than some “proof” which uses the tokens of popular culture in order to attempt to justify its view; our “I prefer” requires no justification, and is irrefutable as a statement in itself, as it is the binding concept of our order, in that we are the ones who have selected themselves by belief in this type of system. Being defined by our belief in this, our position is longer one of authority where we are forced to deny others membership and thus see ourselves as draconian, but one where we remove ourselves from among others by our beliefs in a higher ideal. This ideal, as one of many, needs no dominant social system to support it, and therefore is not open to criticism by others, and since membership is elected through belief in it, they cannot request to be part of it without having accepted it – including its emphasis on traditional Indo-European values such as heroism, discipline, naturalism and ethnoculture.

When conservatism embraces such a belief, it will have moved from trying to create a centralized “objective” bureaucratic order into the world of “subjective” idealism, and thus will abandon the dead weights of trying to save the current society, or force all of current society to obey a saner order. This idealism — the belief that life is transacted in concept and structure via the means of material, for which material is a means and not an end in itself — is a classical Indo-European philosophy and spiritual system. It rejects the idea that there is a single order for all of life, and by freeing itself from having to justify itself in those terms, returns to the process of achieving ever-greater ideals, whether in tangible things such as art and architecture, biological ones such as race and good breeding, or abstractions such as spirit and heroism. Of even more longstanding implication is its rejection of the idea of objectivity in choosing governmental systems, as this inherent rejects passive methods, such as “studies” and democracy, in favor of a heroic leadership process, one that affirms biological factors by upholding the idea that our degree of vision is dependent upon our inborn character, and thus that what seems apt to one individual will be either cryptic to one of lesser character or mediocre to one of greater character.

If we take a historical view of conservatism, it is clear that it has failed in its aims; while it has picked and stabbed at various “issues” within the political spectrum as normally defined, it has done nothing to make dominant traditional civilization within our nations, and has become increasingly reactionary and defensive as time has gone on. This is a direct result of its appeal to an absolute, both in the form of a rulesystem it believes we should each and all follow, and in its desire to prove that belief system to the broadest mass of society. Such an approach will never work, because it is passive, and tries to point to some external, objective factor and then justify its beliefs as necessarily arising from that. However, the consequences of any change in civil organization outlive the individual, and thus are not provable, and the degree to which the largest mass of society can understand the long-term implications of actions varies, meaning that it settles on the lowest common denominator (material) instead of opting for an ongoing evolution of ascendant order (ideal). Idealism bypasses the absolute, as it is clear that not all can understand a higher ideal, or will want it, and strikes out instead for a warlike and independent spirit, that of “I prefer” which naturally leads to “I will, and I do as I will.” Only in this mindset do we reverse the consumption of our traditional civilization by modernity, and for that reason, it is high time conservatism change tactics toward this traditional and eternal way of thought.

The Danger of Racism and Anti-Semitism | Intangible