Nihilism is the basis of conservatism 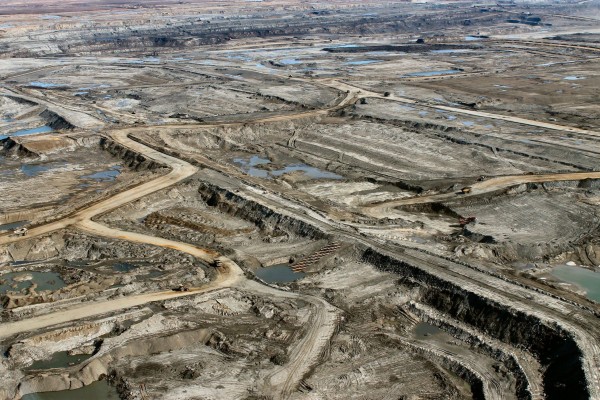 Pity the poor conservatives. Historically, we are those who refused to join the Revolution and instead held that we should preserve what was best about the past and require that “new” ideas be tested before we adopted them. Not like anyone has listened to that of course.

Better than science, this is the past as it happened. It has zero conjectural component, including the idea that what can be reproduced in the lab will somehow occur in life. In 1789, as during the signing of the Magna Carta and the various peasant revolts, society split into two. One side took the “new” idea of equality of all people, which basically means do whatever you want short of murder, rape and theft, and the latter held to the idea that social order was necessary. Hierarchy was more important than individualism, in that view.

Over time the idea of do-whatever-you-want has proven, time and again, to be more popular. It is easier for the mind to comprehend and does not entangle it in any of the troubling details of reality. As a pure thought alone, removed from all else, it comforts us. Each person is important. No person must suffer for social standards, cultural values or something as arcane as identity. We are all one, because we are each the same. You can imagine zombies coming over the hill chanting that, sustained by the sense of being important by avoiding the twin extremes of unimportance and having actually achieved something. If we measure importance by achievement, some will win and the rest lose, but if we go egalitarian/altruistic, everyone wins some importance even if it is paltry and insignificant because everyone else has it. The human mind has not yet evolved to think as many steps forward as it requires to understand this.

In contrast to this stands the conservative idea. Composed of two parts, its first prong is consequentialism or the idea that “new” ideas should be tested and their actual results in physical reality found to be good, no matter how long it takes for this test, before they are implemented. The second prong suggests that instead of aiming for an average or lowest common denominator, we should target higher goals that are more excellent or good, beautiful and true beyond the average among which we wander in everyday life. These two prongs reveal the paradox of conservatism: grounded in nihilism, it rises toward the transcendent through an appreciation of the logic of striving.

Nihilism is the belief that all values are baseless and that nothing can be known or communicated. – Internet Encyclopedia of Philosophy, “Nihilism”

Nihilism states the bare facts of life: nothing can be known because we relate to the world remotely through ourselves; nothing can be communicated because communication is a process of negotiation, where each side attempts to understand the other and comes away with its own version of what is being said; values are baseless in that they do not exist in reality, but comprise our response to it. We can argue that objectively better results exist but people can choose to deny that fact, or deny that better is indeed what they desire, and choose something else instead. The human struggle is one between narcissism and realism, and when narcissism wins out, people choose illusions over realistic responses. This is the most common state of human existence, hence the use of the term “common” as a type of lower rank.

The good understand why good is important, but no one else does; genetics trumps reasoning as usual and only some have the raw mental ability to understand what good is and why it is preferable to bad. Most people in fact prefer bad, whether mediocre objects and services in life, or disorganized society so that they may pursue their own vices, desires and personal profit. It does not occur to them that there will be an equal and opposite reaction as life re-arranges itself in response. Nor does it occur to them that they mark themselves by what they choose because it indicates the limits of their understanding, and that social rank comes from this process. We can say that the argument for goodness is objective, and be correct, but that has no bearing on whether or not it will be understood. The reality is that we deal with human beings, and they are only able to direct themselves toward what they understand. Most understand very little and so are prone to error, which is the root of “bad.”

Nihilism affirms this emptiness. Much like Lewontin’s fallacy expected race to be written in a single gene, the average person anticipates that life itself will have literal writing on the wall. The illusion arises from the fact that our world simply does what it does, objectively, but that our response to it must reflect our own interests as a species bent on survival, and that these vary between individuals based on capacity. This violation of blank slate theory and egalitarian dogma requires us to accept, snobbishly or not, that not all people are the same. Human responses are between subjective and objective because they depend on what the individual knows and can process, with some succeeding more than others. But only those who were going to succeed anyway know to pay attention what thrives and what does not, and to select one over the other.

Much of human civilization remains a forgery because it is based on the idea of exotericism, or that we can create a single rule or truth and apply it to all people. Saying that is not to endorse the opposite extreme, relativism, where humans enforce approval of all responses in order to create altruistic equality. Instead, nihilism states that people simply perceive what they can, and it cannot be communicated to them. Nor it is an objective truth, because there are no instructions in the world of an absolute nature. There are no “values” shared in common. Individually, we must choose to rise above our monkey ancestors, and by making that choice, push ourselves on to understand as far as we are capable, but most people will refuse to choose this. This is why our ancestors created caste systems and told most people what to do all of the time. Otherwise, these people would screw it up by lacking the ability to understand it.

Conservatism contains both good and bad. The good is the insistence that we hold on to the learning of the past, namely that social order is necessary and positive. The more competent should have more authority and wealth, because wealth is power and giving it to anyone less than a person of noble outlook guarantees it will be used in destructive ways. Those who know nothing because they cannot biologically know much of anything need to be kept away from dangerous things like money and the vote. The bad is that conservatism by its basis tries to fight liberalism, rather than accepting that the type of person who wants liberalism would be unwelcome or oppressed in a traditional society, and will attempt to destroy such a society through ignorance or resentment even if it ultimately produces better results for them.

If conservatism has a basis, it is this type of social order and hierarchy. It finds its origin in the knowledge that only a few perceive what really must be done, and the rest exist in the mental cloud of their own self-delusion. Nihilism is realism. Outside of the human mind, the world has no objective purpose, even God. God is there for those who perceive him and can understand why His order is what it is; similarly, human thriving is there for those who choose to have it, but most people would rather have a beer, cheeseburger and double feature of nude wrestling instead. We are told that nihilism is horrible because it means giving up on the objectivity of life itself, but it is more accurately a recognition that objectivity requires us to choose a purpose first, and that cannot be enforced with logic. Instead, it is for those who rise above to discover, and then to oppress or exterminate the rest before that herd does the same to them.