How First World Governments Have Bribed Their Citizens Into Compliance 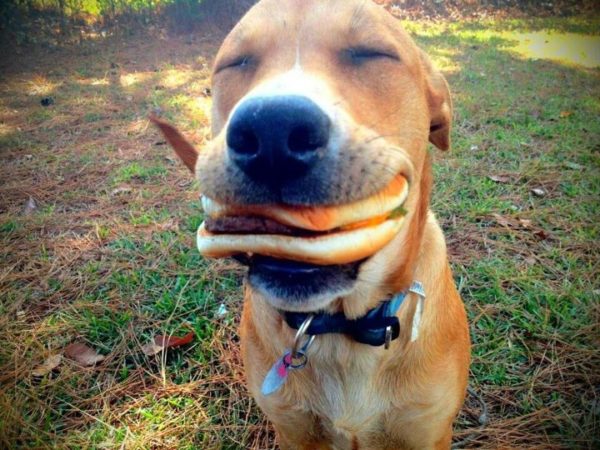 Over at The Conversation, important research reveals the reason that modern citizens seem to grumble all the time but never take any action to substantially change their situation: they have been bribed into silence. This is how government, evolving like a tapeworm, has solved the problem of recessions, flagging loyalty and keeping itself in power.

The researchers make an important point. Thanks to government benefits raising the lower and high taxes lowering the higher, people without wealth can afford to live like wealthy people. Here’s the most relevant part of the research in graphical form: 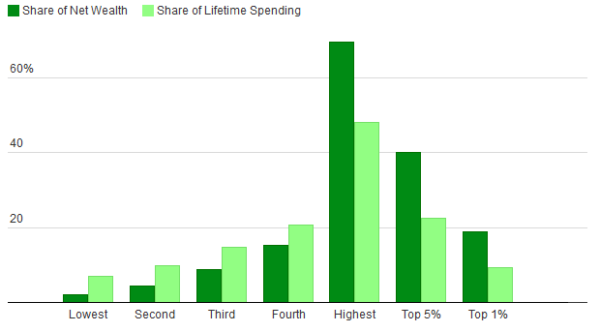 This graph shows how people in the lowest 80% of the population have their spending boosted by social welfare benefits, and how the highest lose about a third of their spending power thanks to taxation. I imagine the graph is similar in Europe because similar methods are applied there.

The top 1 percent of 40-49-year-olds face a net tax, on average, of 45 percent. This means that the present value of their spending is reduced by the fiscal system to 55 percent of the present value of their resources…For the bottom 20 percent, the average net tax rate is negative 34.2 percent. In other words, they get to spend 34.2 percent more than they have thanks to government policy…

Governments guarantee permanent stability (of government) through this model. The people most likely to revolt, namely the lower 80%, are bought off with the wealth of the higher 20%, who are not taxed so much that they cannot still enjoy a good life. This means that any attempt to remove the current system from order will meet with squeals of protest from the lower who fear their benefits going away, and the higher who see that their customer base will fall if the spending powers of the lower are curtailed.

Benefits (“bennies”) have always been bribes in disguise, presumably to keep the proles from rioting. Now they are a way the population is held hostage. It can keep a good life, so long as it keeps voting for the usual gang of incompetents, because while they’ll screw everything up, they’ll keep the bennies coming.

We also see how multiculturalism is made to work on paper in the West. The third world people who are imported are poorer, so they are given government benefits, which generally pacifies them so they mostly limit their violent crimes to the ghettos in which they are stored. The bennies allow them to have a good life, but in return, they buy the products — iPhones and Louis Vuitton and health insurance — that the higher earners produce. This inflates the value of the economy and the take-home of the higher earners, despite it being essential as circular ponzi scheme that is using permanent Keynesianism to suggest the economy is healthier than it actually is.

This shows us the origin of the ugliest form of consumerism: it is how governments pay for the increased taxes that make the bribes to citizens possible. The upper fifth is not buying much of the fast food, gadgets and entertainment as they have better things to do and different priorities. The subsidized people are, which increases demand for money, allowing government to claim positive economic effects from what ultimately will be a deleterious practice.

Ann Coulter’s Demographic Bomb Manifests Itself | Can Conservatives Survive In Popular Culture And The Arts?