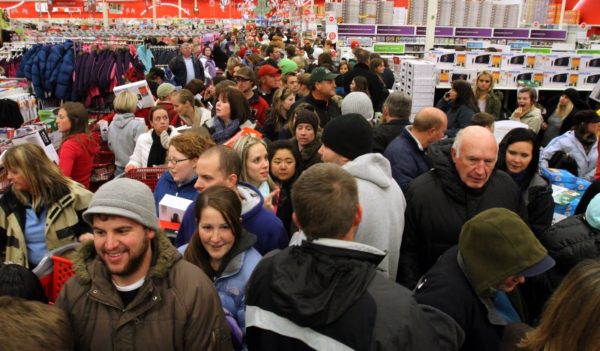 Very few understand the roots of consumerism and assume that it is a natural outgrowth of capitalism. In actuality, consumerism occurs when government regulates capitalism, and is done to create economic growth so that government becomes more powerful. Witness this intense video by Asher Edelman, a famed businessman:

He argues that giving tax breaks to the wealthy results in them spending only 5-10% of the money they are able to conserve, but that giving that money to the underclasses ensures that they will spend all of it and then some, “pump priming” the economy with an infusion of cash.

Government took this further and realized that it could borrow to find this money, then pay off the debt with the resulting increase in the value of its currency based on greater demand for that currency caused by its increased valuation based on perceived greater demand because of higher consumer spending.

This creates a circular Ponzi scheme: government pays citizens, who then buy tons of stuff, at which point the value of currency goes up; government borrows against that currency value, dumps more money on the citizens, then taxes everyone to make government more powerful; finally, it uses that tax money to pay off the loans — in theory — and then repeats the cycle again.

Growth powered by consumerism is responsible for globalism, most of the environmental damage that we have done, and overpopulation. In the name of making government powerful, capitalism and a permanent minority underclass have been employed as weapons of growth, which has resulted in an out-of-control spiral which will eventually crash, and come down hard.