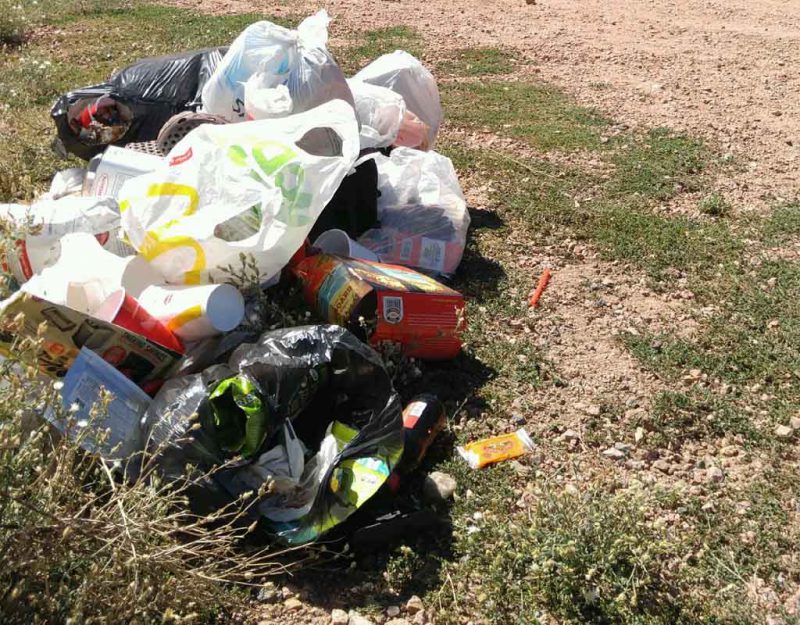 Politics can fool you into talking about a narrow channel of the human experience. If history teaches us anything, it might be that separating out some parts of our experience from all the others produces an unbalanced experience. Holism requires we take them all together.

This leads us to ask, are people happy? Despite centuries of utilitarianism, or societies dedicated to individual happiness as measured by percentage of the group responding, we seem to be more miserable than others. In fact, we seem to be in a depression spiral.

Perhaps this comes from our habit of symbolic thinking, or separating things from their context. Instead of wondering what type of life we want, we divide the question into political issues, economic theories, and legal frameworks. Then within those, we choose the best option.

As written here before, holism provides a better option than symbolic representations. We can be doing 100% well according to our symbols, but have poor results in reality.

For this reason, we can visualize conservatism — all those who are not Leftist, since that movement arose relatively recently in history — as being realists with heart, or those who are concerned only about consequences in reality, and among realistic choices, choose those that provide the best option.

What is “best” as a question leads us into some difficult waters. First, there is no objective definition; second, there is no universal definition. Some people know better than others, and those traits tend to be inherited. We have a natural leadership caste that we deny.

Watching the pandemic fizzle out in political protests and now a worldwide economic crash that will inevitably be followed by a devastating war, we are being forced to recognize that our system itself is weak. It picks weak people to administrate all of its functions.

Even for those of us who like our top-level leaders like Donald Trump, the obvious reality hits that all of the departments below them appear to be staffed by fools and yes-men. The same applies to private industry. Government or private matters not in the least.

The same problems that appear in government show up in medicine, academia, science, media, and in fact in the social movements sweeping America. People in groups become inverted, or turn against the purpose of those groups toward the purposes of the people within them.

Those purposes generally involve careerism and demands for subsidies, both forms of “me first” individualism.

Careerists look only for a chance to make a name for themselves. They want to invent something “new,” pimp it out, have it become famous, and then get promoted to do something else. The people who want subsidies simply desire to have society give them money, power, and influence for being human.

This shows us how individualism wrecks everything, whether of the conquering or dependent form. Any human activity that has succeeded enough to no longer need every ounce of its energy to merely survive will become subverted and turned toward the whim of the Crowd.

What is the Crowd? A two-way manipulation: the individual wants the group to promise not to attack him, and the group demands allegiance, which means that the individual gains “freedom” but also adds obligations outside of the needs of civilization and survival.

Those who manipulated crowds intend to preach that others destroy themselves with illogical behavior, while using that behavior to claim defense against any attack, but also, while cheating on those rules in order to get themselves ahead of others. A Crowd is a mass-manipulation herd behavior.

In the past, we designed societies to constrain the natural self-interest of individuals so that this herd behavior did not occur. Hierarchy, standards, customs, behaviors, cuisine, calendar, attire, aesthetics, mores, and morals all work to keep the aimless, ominivorous Crowd from manifesting.

This tells us something about the human monkey — either we came from monkeys, they are degenerated forms of us, or both, but any way you slice it, they are our nearest and simpler relatives — which is that our pursuit of individualism makes us miserable because it produces a hostile reality.

Like most things that try to please too many people, such as compromises and committees, Crowds deliver some of what everyone asks for, and nothing that anyone wants. The only way around the Crowd is to manipulate it and use it against itself, which destroys the organization.

When you look outside and see our dystopian world of managerial-administrative red tape, pointless hamster wheel jobs, endless taxes, government-subsidized parasites, and purposefully destructive activities and manipulative, vicious people, you are seeing the Crowd.

People out there will point to anything but the herd behavior. They like to blame politicians, the rich, the Eternal Jew, the Whites, the Satanists, the white nationalists, or anyone else they can find, but the darkness is within. We are self-destructive in groups without guidance.

Normal human behavior consists of forming a herd to keep people from criticizing or attacking those who fear they will be victims, but this means that the group becomes dedicated to tearing down the strong so that the weak can be comfortable. Human groups reverse success and quality and seek mediocrity.

If you wonder why modernity feels like the end times, consider how inversion works: we remove all things that offend the individual (and by extension, the herd) from our behavior, and we can only choose from the set of “safe” things that remain.

Imagine this at a school. The teachers decide that climbing trees, shooting off fireworks, reading alone, swimming in ponds, and sleepovers are dangerous; all that remains are going to class and going to the gym. This is basically what our modern society has become.

In that way, the goal of any activity becomes not just inverted, but made into a variety of the same thing that everything else is.

Modernity refuses to accept any solutions except more modernity, so when those fail, we just repeat the same actions again. Our time has gone into a loop because it will not solve its problems becuase it denies the solutions necessary to do so. We will not escape this loop; it is terminal.

We can observe the comedy of our time. The issues are well-known; every election, politicians go out there promising to fix education, end poverty, stop racism, limit inequality, and balance the budget. Each time they are defeated because to do those things, they would need to sacrifice sacred cows.

Democracy will not allow us to seek any answers outside “equality,” but all the answers are there, along with the rest of reality. We have narrowed our concept of the world to this little channel labeled EQUALITY and we see only methods that advance this symbol.

These methods are powerful for manipulating people because we all nod to precedent, therefore we accept problems and “solutions” at face value, and promote the solutions which are less insane than the rest, although they are still insane because they are removed from the holistic context of reality.

The loop prevents us from ever changing our behavior. People get to do whatever they want to do, so long as it does not offend equality (or some basic extreme crimes like murder). They only get in trouble when the context shifts, like equality widening its scope, and they accidentally discriminate against the new objects being used to demonstrate equality, like transgenders or midgets.

In the end, we have made a devil’s bargain, and all of us become symbols. Equality requires raising up the lower and lowering the higher so that everyone is at the same level, but since the lower cannot be raised because their status is the result of their own actions, it always and inevitably ends up simply focusing on lowering the higher, conveniently taking from the strong to give to the weak.

It uses us as symbols when we are victims because in an egalitarian society, only victims have power, since they are the ones owed something by the herd, since victims are lower and need to raised up with subsidies in the form of attention, power, status, and wealth.

You can see now where humanity went wrong. Without something to constrain our inner monkey, we turn into a Crowd, not only no matter how intelligent we are, but especially if we are intelligent; smarter people care more about others, so are naturally seduced by the siren call of egalitarianism.

We held this in check with our aristocrats, but the two castes below them — middle classes and plebes/serfs — joined together and used “theory” to argue for The Enlightenment,™ a replacement religion for Christianity that allows victims to project themselves onto Christ, and therefore argue for individualism, in turn creating the crowd of collectivized individualist. That devil’s bargin!

With The Enlightenment,™ we gave up on the idea of there being some external reality that we wanted to pay attention to, and turned to navel-gazing. What did the individual want? Society would provide, or society would be the victimizer and be torn down.

Leftists today continue this crusade. They look for new people to use as symbols, make that into an excuse to destroy things, and then discard their symbols and move on to the new, always demonstrating that the Crowd is in power, which it does by destroying things, since it is unstable unlike “silent power” which is evident and does not need to demonstrate itself.

Humanity went wrong, and we can fix this wrong turn by reversing, going back to where we were before we made this mistake, and then zooming forward along that path. Around here, we tend to suggest the four pillars: aristocracy, pan-nationalism, social hierarchy, and transcendence.

In the meantime, we need clarity on the goal and the stakes. We are out of time as a species to keep screwing around with constant infighting over inequality. We need to get our act together, stop ecocide, find a way of life that does not make us existentially depressed, and organize ourselves so that human individuals behave well, such as people who are innately wired to avoid littering. We need to change ourselves, self-actualize, mature without losing our childlook joy, become realists, self-discipline, and build up our self-esteem. We need to grow out of our monkeytime phase.

If we do not, humanity will consume its intelligent people and end up as a race of dumb but highly social beings like those in the third world. Despite the assurances that they are equal, this group will not achieve what Western Civilization once did. Even among existing third world groups, the intelligent and capable will be smashed down so that the crowd can be comfortable.

Since this group will be able to handle basic technology, Earth will soon become a giant favela, with endless thousands of miles of expanding city and suburb but no really exceptional people. This will eliminate most of nature and eventually be wiped out by some kind of crisis, and Earth can go back to being functional, minus the failed human species.