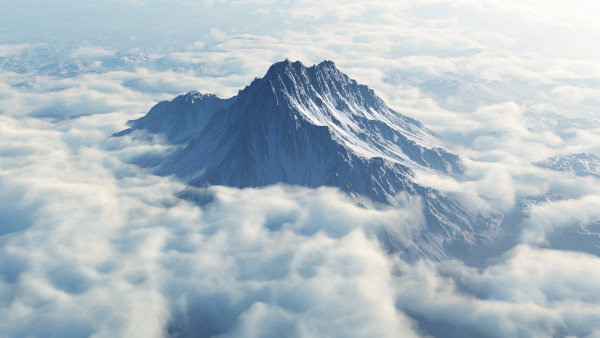 When writing about race, the tendency is to — as everything else in a democratic society — fall into the us vs. them approach, which justifies the interests of “us” by pointing out how “them” are violating one of our sacred myths, which at this point have dwindled to egalitarianism and altruism alone. In other words, to win an argument, you must show that the other guy is “bad” according to democratic principles.

In addition to strengthening the illusions behind democracy, such arguments miss the point: one should argue to results, or principles, that address the goal of the proposed action, instead of justifying the act by what may be mostly unrelated perceptions. When you justify, you are no longer acting toward a goal, but acting toward a compromise version of that goal as a subset of whatever is used to justify it.

Further, such arguments demonize groups that — while their behaviors are specific to the group — may simply be caught in the ugly trap of diversity. The policy of ethnic pluralism, known also as multiculturalism and diversity, forces each participating group into a terrible decision: retain identity and be alienated to the margins, or accept the non-identity of the merged group and be assimilated. In other words, conform or be destroyed, as modern society manages to phrase all of its edicts.

A better approach is nationalism: each nation is defined by its ethnic heritage. Democracy hates nationalism and replaces it with the idea of the “proposition nation” unified by ideology and economics alone. As we have seen in the decades subsequent to the invention of that subterfuge, those abstractions are not enough to unify a population. Groups need identity, or a sense of who they are and the reality of being in command of their own future. Nationalism however is not like what happens in pluralism, where each group acts in its self-interest and ends up fighting against all others in a bad stock market of justifications. It is a world order in which ethnic groups, by remaining separate, avoid the direct conflict — and ethnic resentment sometimes called “racism” — brought on by diversity.

The history of diversity shows us many failures. Mixed-European nations experienced greater instability; the Roman and Greek empires became more diverse as they approached failure through dissolution when their citizens had nothing in common. Colonialism attempted to rule over foreign nations, but quickly found that with nothing in common, those colonies required constant intervention by the host nation culminating in a series of national revolutions which left behind ruins and fertile ground for terrorism. Slavery itself was a form of diversity, although in its case certain groups were assigned different socio-economic strata. In modern America and Europe, the television tells us that we can all be happily different but come together on the non-culture monoculture of Hollywood movies, fast food, government pamphlets and comedians on YouTube.

What this shows us is that we must be both against diversity and also steadfastly supportive of nationalist efforts by other ethnic groups. When I first wrote “White Power = Black Power,” most people considered me touched in the head. But what nationalists — like Black Panthers and other Black Power groups — desire is separation of ethnic groups so that those groups can have self-rule, their own culture and identity, and most importantly, self-determination. They want to be in control of their future. No group can do that under rule by another ethnic group in the majority, or even rule by a mixed-ethnic majority. They will forever be caught in the horrible decision point of identity versus assimilation, and gradually — as it always does, being at least a kissing cousin to entropy — convenience will dictate the outcome. Their young will choose careers in the city and start acting like the majority, and because young people are inexperienced at the more crucial things in life, will marry outside the group and outbreed. In a few generations the group will dissolve and be completely assimilated. Every nationalist, no matter what his race and ethnic group, wants to avoid this outcome.

The democratic and Leftist types are terrified that nationalists will discover this. But if we realize “Germany for Germanys, Nigeria for Nigerians” and apply that principle to every ethnic group, we can collaborate — if only tacitly from a distance — in making this better world order replace the ruins left by diversity and democracy. Those who want nationalism for themselves must extend that courtesy to other groups, so that all work together to replace the principle of diversity with that of nationalism. We all want the same thing, but separately, in our own homelands. Sports style “us versus them” between ethnic groups will not achieve this, and in fact strengthens the democratic narrative that we need more laws to force everyone into conformity with the dominant ideology. Instead, we need to discard that dominant ideology and go with what works, which is nationalism for all. That is the principle behind pan-nationalism and the direction that — to the horror of Leftists — nationalist groups are starting to turn.

Halal, a comic by Josef Haddad | A form for race and ethnicity: the cultivar