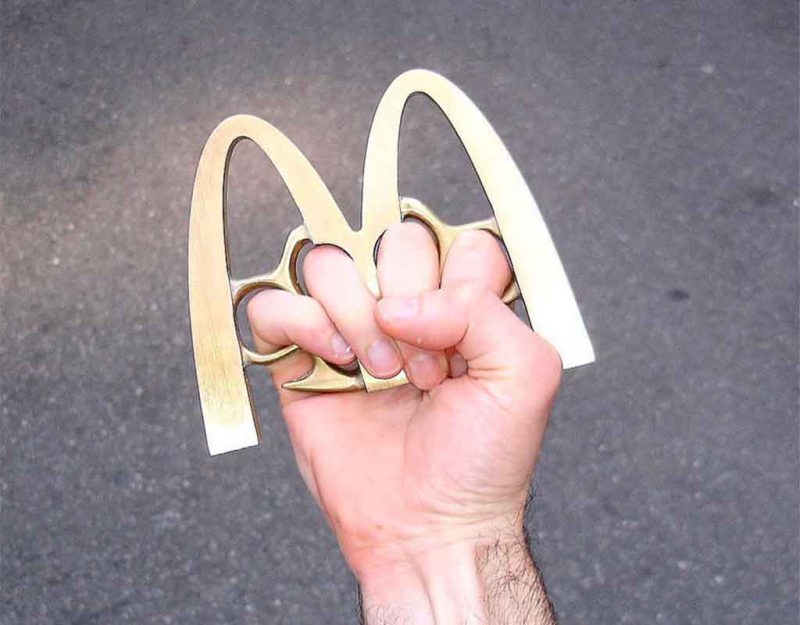 Interpretation occurs in layers. These reveal the causes behind why something exists, and why it is presented a certain way, and finally, what motivates those supporting it to choose such images, tactics, and strategy.

If we take Leftism at face value, which we might call the Outer Layer, then it consists of people with good intentions who want to help the downtrodden by preventing them from being victimized by the more powerful.

Picking that apart for a minute, we realize that the more powerful do not need the downtrodden as anything but cheap labor and customers, and that therefore, they have no interest in manipulating the downtrodden. They simply offer a wage and a product and the herd snaps it right up.

Looking at the layer beneath that, we see what Nietzsche perceived, which is that Leftism consists of an attempt to make good and bad equal so that individualists can escape natural selection. They bind together in crowds to demand that no evolutionary pressures be enforced upon anyone.

This makes sense from a psychological perspective because no one who is succeeding needs or wants equality; they already have a place in society by virtue of being productive. People who fear that they will be found insufficient, however, always want equality; it is their insurance against being seen for who they are and valued less. No one wants to end up being a serf, and this fear animates the Left.

However, this presents too transparent of a gambit. Peering beneath that layer, we see something far more insidious: Leftism consists of two-faced manipulation.

In game theory, each player attempts to do three things:

Leftism achieves all three through a basic approach of embracing the non-functional. Leftists claim that they support the downtrodden in order to make themselves popular with the herd, but simultaneously, to encourage others to engage in self-destructive behavior so that they cannot compete, while hiding these facts beyond an appearance of goodness, compassion, generosity, and so on.

That explains the pathology of the Leftist leaders. As explained elsewhere, Leftism is an ecosystem.

The manipulators wield Leftism as a weapon, using it to destroy competition for not being Leftist, while encouraging their fellow Leftists to self-destruct. Since they are advocating things that sound good to people — equality, tolerance, Utopia — anyone criticizing them is perceived to be against these things instead of against one method of attempting to achieve them. This silences most critics.

Useful idiots go along from a pathology of revenge. For them, life has passed by while leaving them stranded in permanent entry-level jobs, dysfunctional lives, broken families, egregious social scenes, and the like. They simply want to destroy those who have risen above them.

Well-meaning suburbanites join the Leftist mob in order to promote their businesses. They want more warm bodies in the door, and they want people to like them, so they enthusiastically advocate universal tolerance and compassion as a way of selling themselves and driving away the angry herd.

At the bottom of the pack are the moderates and conformists who go along with Leftism because it seems like the socially-trendy thing to do. These people are victims of Crowdism, or the universal human tendency to form into mobs (like gangs, cults, and cliques) in order to forestall attacks on any member. They want to be Leftists so that no one will criticize them personally for their shortcomings, and the best camouflage for that is participation in a faceless mob.

At the heart of Crowdism is The Committee Mentality, or the tendency of people to adapt to the human group instead of the wider question of reality. They find out what is popular, therefore will make them successful, and emulate it; such ideas always tend toward the lowest common denominator, which makes them require egalitarianism.

In this sense, at the core of Leftism we find fear of the superior abilities of others and peer pressure, or the social weight that drives people to conform. These naturally produce egalitarianism as a defensive strategy and posture designed to draw in other people.

If you look at what is popular among humans, we find ourselves rediscovering Nietzsche: most people are not winners, so they adopt a losers-are-equal-to-winners philosophy in order to avoid being penalized in social rank for not being winners.

In this way, every human group re-invents Leftism if not sufficiently challenged by external structure like a transcendent goal, qualitative hierarchy, or divine purpose to existence. Not surprisingly, Leftism attacks those things first.