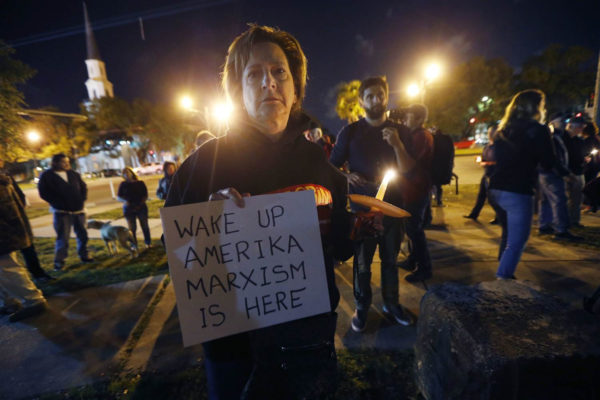 So you wake up. You look around: everything has failed. Literally everything. The library is full of lies. The government is nothing but parasites. The arts have become attention whoring. Even people are corrupt, filled with ego that turns them into servants of public opinion.

And always, the herd presides, looking for anything that affirms its desire that every person be included so that no individual feels inferior. This is what holds the crowd together: each individual fears being found insufficient, and so they join up to abolish standards.

This society is both permissive and conformist. Anything is permitted… so long as it does not form any aggregate which can compete with central authority. This means that only what is degenerative is acceptable, and anything else is an ideological enemy.

That, of course, makes it nearly impossible to figure out what is going on. An authority which favors degeneracy seems to be advocating degeneracy, until one realizes this is a means-to-an-end, at which point the thought process gains depth and ambiguity. Nothing is certain.

Still, it makes sense to go through our thought process to see what we can learn about the nature of our enemy…

1. The Negro/The Jew is our enemy.

In the first stages of waking up, this makes sense. The individual still assumes that society is basically good, therefore that black crime or Jewish participation in different values systems represents the glitch which is interrupting all that awesomeness of society. It takes a long time to snap out of this stage because no matter how many non-destructive Jews or Negroes that one witnesses, the brain torments us by assuming that the rest are evil. Over time, what debunks this is the realization that there is no coordinating force between different members of these groups.

2. The enemy is immigrants who do not assimilate.

At this point, the enemy becomes a failure to assimilate. In this reason, Leftists are the real racists and people need merely to come from Tragic Dirt to Magic Dirt and join our proposition nation. The illusion here is that other groups can assimilate, which is obviously not the case; in fact, the longer they stay, the more alienated they become. People need identity and the values system that comes with it, but when heritage is removed, they have nothing, and seeing that happen drives others to be even more alienated. This is why diversity never does anything but fail and leave behind genocide.

But, for the fat lazy and sloppy mentality of the modern mainstream conservative, easy answers are better than right answers. This group wants to be right more than they want to fix anything. So they bang on about patriotism, religion and “hard work” and as part of that, insist that magically Mexicans and Vietnamese will be made into WASP conservatives with the right “education.” This is just self-serving on the part of conservatives; it allows them to duck away from the real issue, which is genetic replacement, and instead focus on those crowd-pleasing mentally-easy “values” that supplant what actually needs to be done.

3. The enemy is extremists.

Another clever sleight-of-hand, the “extremist” argument is designed to separate the few third world underclass members who act up from the rest, ignoring the fact that the rest mostly support them because every group acts in self-interest, and under diversity, every group is trying to conquer the rest so its values, genetics and customs can prevail. Blaming extremists is just more obese armchair hand-waving by morally lazy conservatives who are afraid to attack diversity, so instead they focus on a few extreme cases and assume that if we remove those, all will be fine, even if we are genetically replaced.

4. The enemy is Leftists.

Now we are getting somewhere, but good enough is the enemy of good, and partial truths are always good enough and not good. That means that we cling to the easy partial truth and ignore what we really should be doing. No one doubts that Leftism is the enemy, but as commenters here asked years ago, “How did we get to the stage where Leftism took over?” because, obviously, if we do that again, Leftism will simply take over again. Once one gets past conspiracy theories of Masons, Jews, the Rich,™ and Bilderbergers, it becomes clear that Leftism is eternally popular with humans because it validates our illusions, guarantees us inclusion in society, and takes away the need to struggle to do right because individuals can simply offer token acts instead.

5. The enemy is egalitarianism.

With a little more thought, people can see the virus behind Leftism: egalitarianism. Historically, this was what defined Leftists, and their theories to this day derive entirely from it. Egalitarianism means that everyone is equal, which is how individuals say “you cannot exclude me,” and enforce that by making bad equal to good and mediocre equal to excellent. Egalitarianism basically removes the Darwinian, moral and practical need to do right in life and replaces with with warm feelings of pacifism because everyone is validated, included and rewarded without having to contribute. It is the ideology of the parasite. But then we have to ask: where did this come from?

6. The enemy is individualism.

Here we have a strong hit: hubris, or the ancient concept of evil caused by acting outside of one’s place in a natural order, lives on through the combination of individualism and solipsism that is the normal mental state of people in a modern time. This is correct, but it does not quite go far enough.

7. The enemy is herd behavior.

Call it group think, committee mentality, hive-mind, Crowdism, peer pressure, mob mentality, social clumping or just plain old fashioned conformity, people in groups make stupid decisions. Even smart people when put in a herd or around a table in a meeting opt for what is mentally easier because they know the group will approve of it and thus it will get done. Explaining complex and difficult truths to a herd is a formula for personal failure; being a fat lazy armchair conservative and coming up with something simplistic and misleading that sounds good is always a winner. The problem is that this implicates democracy…

Of all the enemies we have conjured up here, this one comes closest. When people insist that they should be able to do whatever they want to do simply because they want to do it, society fragments into a million directions. Purpose is lost. The same alienating effect that is produced by the presence of diversity comes about as classes war against each other, priests war against kings, and everyone competes to rise above the herd that equality creates. We cannot rule ourselves; we need an aristocracy, a caste system and culture to guide us, which requires the rise of nationalism and death of democracy. Luckily those things seem to be happening.

Waking up in this society is alienating because suddenly everything that one could trust becomes revealed as part of the problem. The rot goes so deep that there is no party to vote for, no corporation to buy from, no team to cheer for and not even a single solid concept one can grasp, except that it is time to restore Western Civilization.

For us to do that, however, we have to identify the enemy. It is not other groups. It is Leftism, in part, but really the psychology behind that, and this pathology is created by our insistence that we are good and can rule ourselves. Until we back down from that illusion, our doom continues.