White people do not understand diversity 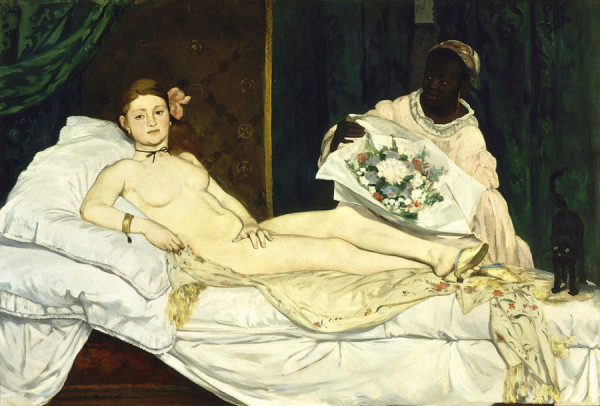 White people do not understand diversity in the same way conservatives do not understand pluralism. In the happy view they have sold themselves, white people and conservatives see diversity as a type of meritocracy: everyone becomes one big happy, and then we each do what benefits us, working together toward the goal of our happy pluralistic society.

When this fails, conservatives and white people tend to rage at how unfair it is. How can these minorities and liberals not share this vision of our collective destiny? In that assumption of collectivism, conservatives show they have imbibed the egalitarian mythos and doubled down on it, applying its standards to itself instead of understanding the nature of pluralism and diversity, which is “every person — and tribe — for itself.”

Conservatives were shocked to see the lack of collectivist patriotism from students at Yale University (now a third-rate college, apparently) who were demanding special treatment for themselves as divided by ethnic groups. To conservatives, this was segregation and a class system all over again, and so they criticized these liberals using liberal rhetoric:

As students saw it, their pain ought to have been the decisive factor in determining the acceptability of the Halloween email. They thought their request for an apology ought to have been sufficient to secure one. Who taught them that it is righteous to pillory faculty for failing to validate their feelings, as if disagreement is tantamount to disrespect? Their mindset is anti-diversity, anti-pluralism, and anti-tolerance, a seeming data-point in favor of April Kelly-Woessnerâ€™s provocative argument that â€œyoung people today are less politically tolerant than their parentsâ€™ generation.â€

The problem here is that the liberals and minorities are right.

Pluralism does not mean “E pluribus unum” (out of many, one) as conservatives surmise. Instead, it means that every group keeps its own standards so that it can maintain its own self-interest. This is the nature of pluralism: it is to agree to disagree, not to agree to work together toward anything, least of all the kind of pro-America Horatio Alger nonsense that conservatives usually babble in public.

White people do not understand this, mainly because — as in all things — the left two-thirds of the cracker Bell Curve statistically drown out the one in five people who can understand the issue and the one in a hundred who can analyze it to a solution. In the white mentality — dominated by college students, clerks and suburban women with too much time on their hands — pluralism is the answer to “why can’t we all get along?” In their view, it means that we all tolerate each other, and then act white as a means to the end of having the white society that people claim to enjoy.

In reality, there is something more important than convenience and it appears unvocalized in all people: the need for control over one’s own destiny. For minorities, to live in a white society even if they control it means to be servants of someone else’s dream and a defeated people in someone else’s kingdom. They need an identity of their own, including institutions and leaders, and this informs their definition of pluralism, but owing to their liberal ideology, they cannot see how this means that diversity ca never work — just as the honkies cannot.

History as always shows us an answer, which usually involves the grim fact that it takes centuries to see the consequences of any act. Media establishments were amazed at how relaxed Caucasians are at becoming a minority in their own lands:

In the early 20th century, Congress, backed by the “science” of eugenics, restricted immigration by the “races” of southern and eastern Europe, which were generally viewed as inferior stock. Madison Grant’s 1916 book, “The Passing of the Great Race,” argued for Nordic supremacy to maintain the nation’s stature. A 1917 law created the Asiatic Barred Zone to further curtail already limited immigration from most of Asia and the Middle East. And in 1921 and 1924 new immigration restrictions were imposed to privilege admission to the U.S. of immigrants from Germany, Ireland and the U.K. and to reduce the flow of most others.

To Caucasians, diversity means that we just keep on truckin’ the same way we always have, but now we have ethnic restaurants and smart black hacker friends like in the movies.

In reality, the American nativists were correct all along. Diversity of any form destroys our control over our destiny by destroying our identity. After that point, there is no unity, only a sense of living in a place for convenience. Pluralism breaks down into each person doing what they want except where obligated, a kind of “anarchy with grocery stores” plus the jobs to pay for those groceries and buy your way into a gated community apart from the 80% of your society that is now a multi-cultural war zone of urban decay.

In this way, diversity takes us to a lowest common denominator. This was apparent to our ancestors. What intervened was 150 years of liberal propaganda based on the successful media blitz before the Civil War, in which the “new Americans” — Irish, Greek, Italian, Jewish, Slavic and lawyers — were convinced to beat up on the old Anglo-Saxon establishment in the South using slavery as a moral blank check. This missed the fact that starting in the 1830s, nations began abandoning slavery because technology was making it obsolete, and that the South was already phasing out slavery but did not want to take a single massive economic hit — or create diversity by freeing slaves.

Think through the logic tree of diversity. Different groups will either assimilate each other, forming a miscegenated substrate like we see in most third world countries across the globe, or will Balkanize, which is the minority view of pluralism seen above: each race segregates, gets its own facilities and institutions, and its own rules to protect it from the others. This will regress into ethnic warfare and end in mass assimilation.

Diversity means genocide. It will destroy whites, yes, but it will also destroy all minority groups and leave behind a less-capable tan group. Much as it was used as a weapon against Anglo-Saxons, who were genocided by liberals using “near-whites” from Ireland, Greece, Italy, Eastern Europe and Israel as a biological weapon to adulterate and replace the Anglo-Saxon population, it is now being used against whites.

This fits the pattern of liberal takeovers of society: liberals seize power, and all are afraid to oppose them because liberals have good intentions expressed in equality. Liberals then destroy any populations that have any beliefs which might come before liberalism, starting with the churches but extending to passive-aggressive ethnic cleansing. In the end, what is left is a 90 average IQ population that permanently votes leftist, and a country with no future.

But this remains unknown to whites. They trust their television, and they trust white liberals, who have led them on like a bull charging at a cape by allowing whites to have their illusions about what diversity is so long as whites support it. Now that the cape was been whipped aside yet again, whites are circling around for another charge, convinced that the square of red cloth, or minorities demanding pluralism as it is — and not the matador in the Che Guevara t-shirt — is the source of their frustration. Not surprisingly, this too will fail for them, just as it is intended to.