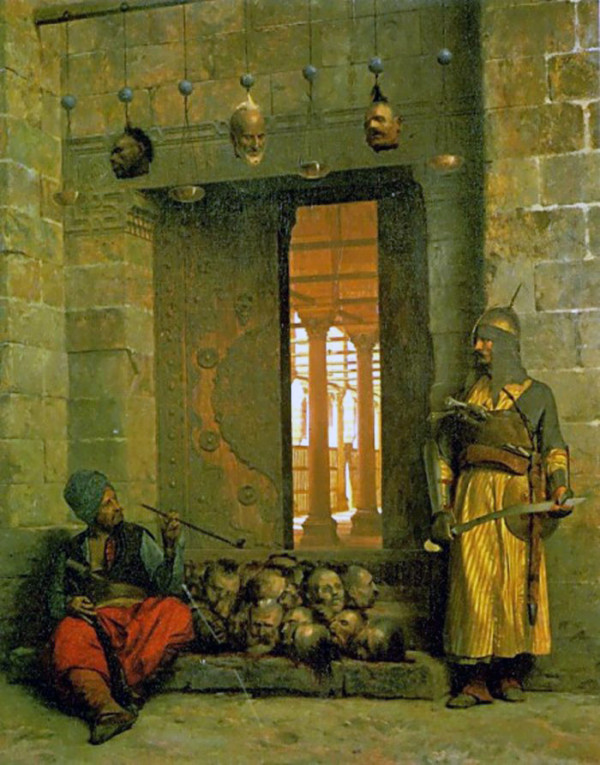 Democracy = diversity. More accurately, diversity is a form of democracy that we might call the democratization of race. First, the individual is equal; then, that transcends cultural norms. Finally, it transcends genetic norms.

There is only one problem: in the process, it destroys the civilization around it. As the thesis of Dr. Eitan Adres from the School of Political Sciences at the University of Haifa, reveals, diversity — in addition to genetic and cultural genocide — also destroys any sense of social trust and work toward shared goals. In other words, diversity makes citizens into sociopaths:

This finding was particularly apparent in the first experiment, when the participants were divided into groups and received 100 tokens each. The participants were asked to choose an amount from their 100 tokens to be pooled in a communal pot. The total amount donated would be doubled and this doubled amount would be distributed evenly among all participants, no matter how much each one contributed. Thus each individual received the equal portion of the communal pot together with the tokens they did not contribute to the pot. The collective interest in this situation is that each participant will contribute all their tokens to the collective pot. The individual interest is not to contribute anything, and to add the money shared from the pot to the 100 tokens. The study found that 30 percent of German participants and 25 percent of the Australians preferred to keep all their tokens to themselves. By contrast, only 3.6 percent of the Columbians and 12 percent of the Israelis chose to do so.

When societies are united by culture, and its genetic antecedent and consequence, heritage/race/ethnicity, people have an interest in working together — and a trust that other people are on the same page. This identity enables them to see each other as part of the same biological entity, like a species within an ecosystem, and thus bound up in the same interests. Under that system, social trust is high and so participation in social commons such as civilization-building is possible. In addition, the individual has a high degree of trust in other people, as the less locked-down societies of even a generation ago displayed.

The Adres study is compatible with what Robert Putnam found in his landmark study, “E Pluribus Unum: Diversity and Community in the Twenty-first Century”, which found that diversity decreases trust and the tendency to interact with social commons or other people, even among members of the same race:

New evidence from the US suggests that in ethnically diverse neighbourhoods residents of all races tend to “hunker down”. Trust (even of one’s own race) is lower, altruism and community cooperation rarer, friends fewer. In the long run, however, successful immigrant societies have overcome such fragmentation by creating new, cross-cutting forms of social solidarity and more encompassing identities. Illustrations of becoming comfortable with diversity are drawn from the US military, religious institutions, and earlier waves of American immigration.

Other researchers have found similar results. Neal and Neal found that diversity destroys a sense of community, following what one might expect with a loss of trust and loss of the sense of shared purpose and values:

Using agent-based modeling to simulate neighborhoods and neighborhood social network formation, we explore whether the community-diversity dialectic emerges from two principles of relationship formation: homophily and proximity. The model suggests that when people form relationships with similar and nearby others, the contexts that offer opportunities to develop a respect for diversity are different from the contexts that foster a sense of community.

Looking more closely at this relationship, a study from Denmark finds that diversity lowers distrust in local areas, although the effect dissipates in a larger society where other factors influence distrust.

The researchers found that localized diversity affects localized distrust, and remote diversity fades into the background of generalized distrust which has multiple causes, including disintegration of social order and general alienation. In other words, where people are most vulnerable — near their homes, shopping and work — is where they stop caring when their society becomes diverse.

If we had been studying the effects of democracy for centuries, we would have likely found similar results. The more people are granularized and taken outside of a social context and made into equal people, the more they see themselves as independent actors working against a hostile world. In so doing, they abandon the thought of society as any kind of shared endeavor and start to see it like a shopping mall: a place they pay for where they can make certain demands, but someone else is responsible for upkeep. In addition, this increases criminality as they see themselves as victims of this condition and “revenge” themselves upon society with inaction, petty thefts and sabotage of their own performance, as looking out over a sea of cube slaves can show us every day.

Our civilization is just beginning to awaken to the horror that diversity and before it, democracy, has wrought upon us. Where we once could trust in society to have our interests at hand, it is now a combination of boss, taxman and competing individual that threatens our well-being. As a result, we do not act to keep it up but engage in “game playing” behavior against it, trying to get the best of it and emerge with some kind of profit. This sort of social disorder will grind its citizens against one another until no society remains.

While democracy sounds good on paper, what equality does is divide individuals by creating a fallacy that we must rely on and enforce on each other, while recognizing the natural difference between people gives us each a place. Egalitarians confused the medieval idea of equal before the law, or that rich men do not get to buy their way out of breaking laws where the poor cannot, with the notion that all people must be made equal by law and subsidy. Even equal before the law is suspect, as someone with a lifetime of good deeds deserves a break in a case where someone with a lifetime of bad deeds should be viewed with suspicion, because equality of that sort severs us from the context of our existence and the history by which our neighbors know us and judge us. Nature provides a model here, which is that people associate with those they trust and do whatever they can to exclude others; our concept of equality clashes with that, but in trying to banish that evil, we create a greater one.