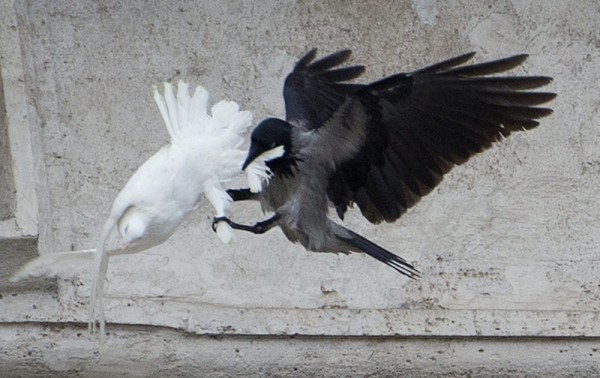 A recent study from Denmark assesses, much as Robert Putnam did, the impact of diversity and consequent raised levels of distrust on society. As if trying to soften the blow, this study limits impact to very immediate experience:

However, what they actually found was that localized diversity affects localized distrust, and remote diversity fades into the background of generalized distrust which has multiple causes, including disintegration of social order and general alienation. This is a deft sleight of hand but it features the classic salient attribute of liberal studies, which is misattribution of an existing problem, in this case allowing general unease of society to explain away the loss of trust and general anxiety caused by diversity. It allows diversity to fade into the cloud of negatives created by other social factors and then magically assumes that for this reason, diversity cannot have an effect. Here’s the setup to the argument:

Evidence from trust games in experimental economics shows lower levels of initial trust when the trustee has a different ethnic background than that of the truster (Fershtman and Gneezy 2001). Similarly, studies using cardiovascular or skin conductance responses show higher levels of perceived threat and fear in encounters with opponents of a different ethnic background than the subject (Mendes et al. 2002; Olsson et al. 2005). Socially learned prejudice probably explains part of this tendency (Stanley et. al. 2011), but recent studies also point to its evolutionary roots. These studies show that humans are better at inferring other humansâ€™ thoughts, intentions and feelings if the object belongs to their own ethnic group as opposed to other ethnic groups (Adams et al. 2010). The ability to infer the otherâ€™s intentions is a crucial component in building trust in specific others, and it is also likely to increase empathy (Chaio and Mathur 2010), which feeds back and increases trust in specific others further (Barraza and Zak 2009). Importantly, positive experiences with and trust in specific others affect evaluations of the generalized other positively and thus spill over to social trust (Freitag and TraunmÃ¼ller 2009 ; Glanville and Paxton 2007).

Based on the above, a likely explanation for a negative relationship between residential e xposure to ethnic diversity and social trust originates in the general disposition to evaluate individuals with different ethnic background as less trustworthy. This disposition exists regardless of the level of ethnic diversity in the residential setting. However, being more heavily exposed to people of different ethnic background leads to lower levels of social trust because ethnic background functions as a social cue about the trustworthiness of specific others, which in turn affect the overall assessmen t of the generalized other. The crux of this argument is thus that an evolved and/or learned negative out-group bias affects social trust negatively in the face of residential exposure to people of different ethnic background because more diverse contexts provide cues that lead residents to believe that the generalized other is less trustworthy.

Not surprisingly, they found in inability to measure in larger contexts, where the diversity question itself became statistically inseparable from other forms of social decay:

Surely headlines will be written about this study as a “refutation” of Putnam, but in fact, it confirms Putnam and points out an additional damning fact: if diversity becomes background noise of social decay like other factors, it has a more negative impact that direct polling can identify. As it is, this study — although all studies must be approached with skepticism as most are statistical forgeries representing what their target audience wishes to believe — provides another interesting scope into how diversity (helps) destroy communities.