Why diversity can never work 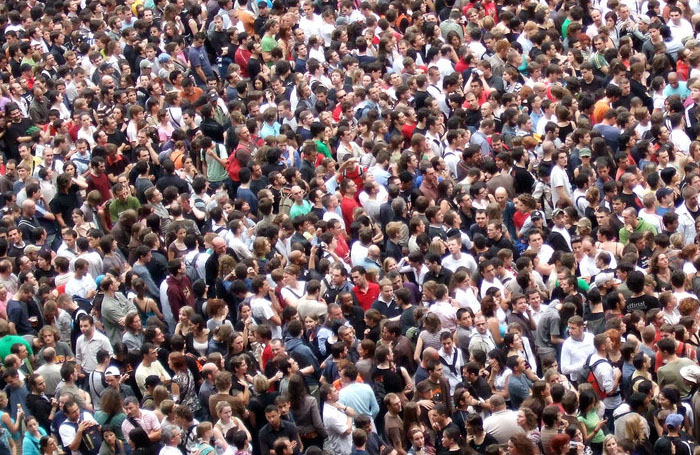 Our position on this blog and prior statements by our writers has been consistent since 1997: diversity doesn’t work.

This is different from dislike or fear of the elements of diversity, such as “I don’t like black people” or “I think Caucasians are inferior.” It is not a critique of a specific diversity, but diversity itself.

It applies uniformly to diversity of religious, ethnic/racial, cultural, linguistic and even caste distinctions. The rule is that the less variation you have in your society, the healthier and happier it is.

A society which is unified requires the fewest rules, police and government interventions. Culture is a superior method for enforcing values because it does not require enforcers. Ordinary citizens enforce it by ostracizing those who do not meet its standards.

Without that culture, which unifies vital measures as disparate as values system and identity and social pressures, only government can enforce standards. What inevitably results is a Nanny State that makes many rules, sets up lots of detail-fixated bureaucrats, and grows like a cancer, enriching itself.

The problem with diversity is that instead of culture, it chooses anti-culture, or the culture of having no culture. It’s an extension of the idea of freedom, which is that you don’t have any positive goals, but share a negative goal, which is agreeing to have no goals.

A person in a culture afflicted with diversity — known also by its synonyms internationalism, multiculturalism and cosmopolitanism — faces an ugly choice: they can either join the culture of non-culture and give up on their own values, or they can retain their own values and be socially ostracized or treated as a stereotype.

Look at most countries on earth. Most of them are of mixed race, culture and religion. Over time, this became an anti-culture which settled on the lowest common denominator, which means that no one has much in common. People just want to get rich and escape such societies. There is no actual joy.

Some time ago, Robert Putnam came out with a study that was so toxic to prevailing attitudes in academia that he has spent the years since it came out fighting for his career. In it, he revealed that diverse societies increase internal alienation and distrust:

Incorporating different groups means we cannot have a common standard of behavior. This means that we cannot predict society’s response to what we do, and if someone is offended, we lose big.

That translates to “take your toys and go home.” For most people, society has become hostile. As a result, they retreat to gated communities and let the lack of social standards trash public spaces, public expectations, culture and morality.

Total freedom would mean a society with no rules. That means nothing is a crime. Even more, it is means that nothing is shunned. The guy dumping toxic waste in the river may just be expressing his freedom, and if enough other people agree with him, he’s free to do it.

Even more, without cultural standards, people have no identity. Identity helps explain to ourselves and others who we are and what values system we apply. “I don’t pollute, because I’m from this place and I love it,” is a value conveyed only by culture, not government.

Recently, new research came to light which shows the mechanism by which diversity dissolves community (full paper) and replaces it with alienated, atomized individuals:

However, recent theoretical and empirical work has uncovered a community-diversity dialectic wherein the contextual conditions that foster respect for diversity often run in opposition to those that foster sense of community. More specifically, within neighborhoods, residential integration provides opportunities for intergroup contact that are necessary to promote respect for diversity but may prevent the formation of dense interpersonal networks that are necessary to promote sense of community.

There are two contrasting forces here: the need for homogeneity of values in order to build a community, and the desire for diversity. The two work against each other. The more homogenous a community, the less diverse it is, and the more diverse a community is, the less it really is a community.

When communities break down, what is left is the atomized individual. This person cares for nothing other than their immediate wants and desires. They have zero interest in the society around them except as it will impact them through say, higher taxes or fewer entitlements.

As a result, your chance at having a higher society breaks down. What is left is a group of selfish people held together by an economy and a political system but nothing less. This group actively penalizes civic interest and any behavior except individualistic isolation.

This results in a condition of extreme individualism, or narcissism. In this state, we are incapable of forming bonds with each other. Friendship, romance and citizenship are all means to an end, and there is no faith or pride, thus no long-term thinking.

If you wonder why the greatest civilizations are no longer with us, this is what brought them down. Like the apathy that afflicts large corporations, the entropy of volunteer organizations over time, or the stagnation of a social group, diversity is death.