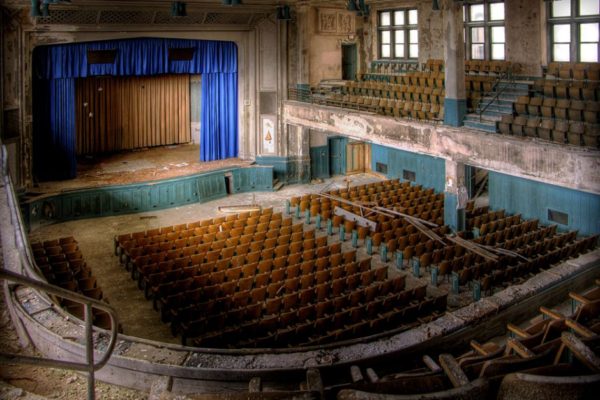 Racist or anti-racist, Leftist or Rightist, they all seem afraid to articulate the obvious: diversity does not work.

We know that not only does diversity not work, but it cannot work, and this is not the fault of the groups involved. This is why blaming Muslims, Africans, Jews, Mexicans or even The Irish™ is not particularly relevant; what is relevant is that even if the immigrants were from a well-behaved high IQ group like the Japanese, immigration would still destroy our society.

Every group acts according to its self-interest, which includes control of every area where it lives as part of ethnic self-determination. It also means imposing its own standards on everyone in that society. It also includes conquest, because this is what groups do to ensure their own security. Finally it means adjusting the image of its society to be more like its own.

This is why the groups who seem to “be” the problem are in fact symptoms of the problem. The problem is diversity. One way to view diversity is as reverse colonialism, or the tendency of conquerors like the Roman Empire to be overwhelmed by those they conquer. Vanity Fair has more on how Europeans became ruled by their colonial empire from within:

Let us build bridges, my friends,â€ Nixon said, â€œbuild bridges to human dignity across that gulf that separates black America from white America. Black Americans, no more than white Americans, they do not want more government programs which perpetuate dependency. They donâ€™t want to be a colony in a nation.â€

As anti-colonial movements erupted in the 1960s, colonized people across the globe recognized a unity of purpose between their struggles for self-determination and the struggle of black Americans. Black activists, in turn, recognized their own circumstances in the images of colonial subjects fighting an oppressive white government. Americaâ€™s colonial history looked quite different from that of, say, Rhodesia, but on the ground, the structures of oppression seemed remarkably similar.

Translating this into an awareness of population dynamics, importing a colony results in making every ethnic group including the majority into a colony of its own. The majority, since its standards, image and rules are dominant, appears to be in control. But then the conflict inherent to diversity begins to challenge that.

At this point, colonialism reverses. To adhere to their own system of law, which emphasizes fairness and equality, the majority becomes a de facto minority because — owing to perceptions of power and privilege, and the assumption of equality — they are seen as the aggressor whenever things do not work out so well for the colonized, who as outsiders will never have things work out well for them.

Luckily, nature offers us a metaphor for this situation through the experience of invasive species:

Cane toads originate from South and Central America, with a natural range extending as far north as southern Texas and as far south as central Brazil. They were once thought to be seaside animals, hence their scientific name, Rhinella marina. They are also called marine toads or giant toads. Many Floridians call them bufo toads. In the jungles of Suriname and Costa Rica, they inhabit open areas at the edges of Â­thicker vegetation. The only person I know who has encountered cane toads in their original habitat says that the ones she saw were hanging out by the lodge. In the 1920s, agriÂ­cultural scientists introduced them to sugarcane fields in Puerto Rico, where they ate beetles and seemed to reduce crop destruction. Theyâ€™ve been deployed around the world for pest control.

Floridaâ€™s cane toads are believed to descend from escapees from an exotic-Â­animal importer at the Miami airport, where a hundred of them got away in 1955. Earlier introductions in the state, evidently for use in cane fields, seem to have failed, although genetic studies will determine if the current population comes only from the 1955 group. Perhaps surprisingly, there is a demand for cane toads as pets. The appeal is the toadsâ€™ cuteness and their appetite. If given enough food, they can become so fat theyâ€™re almost spherical. When they get to know you, they can be Â­winsome and cuddly. Theyâ€™re easy to care for. All they need is a terrarium, water, and dry dog food.

…If the toads were, in fact, invading these places, thatâ€™s bad for the amphibians that they may displace and for the predators that might eat them and dieâ€”a potentially serious problem in the fragile wild parts of the state.

Invasive species prove to be a disaster in most cases because they are generalists, or those with fewer specific needs than the species they replace. A native species will find a niche in an ecosystem, but an invader will be able to use other food sources, and will thus displace the natives.

At first, the invasive species seem like brilliant plans as part of the nasty human habit of trying to modify their surroundings. Maybe they eat pests, or they provide a useful commodity. But then, the conflict between the more-specialized native species and the more-generalized invaders plays out, in the end destroying the native species.

Colonialism was not so destructive because it did not genetically replace the colonized people. It brought new knowledge, but unlike past empires, did not bring a rape wave or other genetic displacement. As a result, under it, the native species experienced greater thriving through new ideas of organization and technology.

When colonialism is reversed, however, this situation does not apply. Instead of an imported ruling caste that keeps to itself, the host nations receive a large number of immigrants who seek to become part of the host society, and in doing so breed themselves into the gene pool, erasing whatever was there.

For example, look at this story of invasive Americans displacing native Europeans:

Native to the eastern half of North America, grey squirrels were first introduced to Britain in the 1870s and are now widely distributed across the UK.

…Although originally imported as fashionable additions to estates, the grey squirrel is noted as the main threat to the survival of the native red population.

On top of this, competition is increased by their ability to produce more young and live at higher densities.

In America, the squirrel is a generalist, taking over roles that multiple species in Europe perform instead. As a result, it is less selective about what it eats and breeds more rapidly to compensate for inevitable losses. Naturally it has the advantage when imported to Europe.

If the process were reversed, and red squirrels imported to America, their survival would involve staying isolated as a small group. They would pose no threat to the more generalized species. Assuming they were benevolent squirrel leaders, this would work out to the benefit of all involved.

Diversity by its very nature creates this reversed colonialism, replacing the more specific with the more general, to the ruin of all.