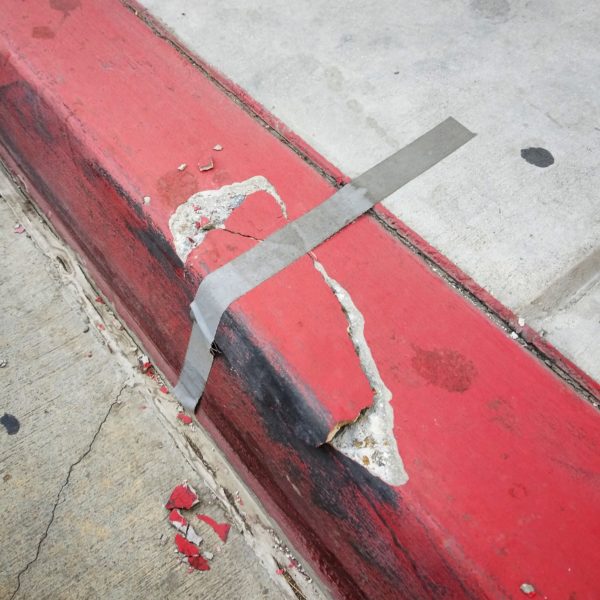 Fresh on the heels of several victories, the Alt Right appears to be bogging down slightly in the practical decisions that follow any transfer of power. This gives the Alt Right a chance to solidify its focus on diversity.

Diversity, or the notion that multiple identifiably different groups can co-exist in the same society, has died, but this must be illustrated to our population. The simplest example before us now can be seen in the riots that are tearing up our cities.

As Jonathan Haidt notes, conservatives and liberals care about different things. This translates to each group wanting a different society. If placed in the same civilization, the two groups will constantly be at war, struggling for the power to implement their vision which is incompatible with that of the other.

This creates a situation where neither group gets what it wants, which causes them to be more acrimonious. After nearly seventy years of a Leftward slide, the remaining sane population issued a giant middle finger to the other side with the election of Donald J. Trump, itself following Brexit in the UK.

We cannot repair this rift. The two sides want different civilizations to live in. Any presence of the other side will ruin this vision because that side will begin agitating toward its own ideal. The notion of compromise has died, replaced by the idea that each population deserves its own space.

That idea can be extended to cultures as well. Cultures, which are encoded in the genetics of those who follow them, consist of a series of values, purposes and standards. Only one of these can triumph in a society. When multiple cultures exist, constant conflict results.

Similarly, religions have value systems that are incompatible with one another. Forcing compatibility results in a reduction of standards to the lowest common denominator, which reduces any utility those standards have in directing society.

Everyone is miserable under this minimalistic set of rules and feels deprived of knowing that they live in a culture created by their group, for itself, with the ability to shape its own future. This notion, or identity, is what people crave on an existential level, even if they cannot articulate it.

Samuel P. Huntington wrote about the “clash of civilizations” as the replacement for liberal democracy as the basis of world order. History has proven him right only two decades later as across the globe, people identify by ethnic group and religion more than political or economic system.

As I wrote twelve years ago, each group needs its own space:

Beating up immigrants, and “hating” entire races, is not only stupid but ineffective. If you want non-native groups out of your natively ethnic society, be strong about it and simply say: we must preserve our ethnic consistency in order to avoid being bred into hybridization, which destroys us. You don’t have to pass moral judgment over these people, something especially dangerous since not every society shares the same values. Cite statistics to me all day about how black people commit more crime; this is “crime” as defined by Indo-European society, and the same rules don’t apply in other cultures. Let them have their culture, and you can have yours.

This provides the basis for an Alt Right critique of diversity: the problem is diversity, not the ethnic and religious groups involved. Any group, when combined with other groups, will be forced into a defensive position that ensures constant fighting. This generally stays muted, but explodes in ethnic crime, race riots, political violence and a virulent power struggle for the future of the nation.

As written here before, race/ethnicity is culture and each culture needs its own space:

Diversity is genocide. It replaces the ethnic group with a mixed-race hybrid. It is also culture war, in that every group will war against every other group to have its standards prevail, or at least to defend them. It implicates religion and politics because those also reflect the values systems of each culture.

By choosing the mixed-race path, the modern “multiculturalism” (a synonym for “diversity” and “internationalism”) has ensured that it will destroy the groups involved and replace them with a cultureless grey race, at which point it will lack any standards to speak of, and become the commercialized wasteland that liberals even decry.

In this way, anti-racism is a form of racism, and it will lead to worsening conflict before the genocide through intermarriage and outbreeding that will leave yet another mixed-race, directionless society where greatness once stood:

Even the â€œanti-racismâ€ displayed proudly and sycophantically by members of our chattering classes is a form of racism. Itâ€™s racism against the majority, disguised as ignoring the problem of cultural clash.

Diversity cannot work because it is paradoxical. The root of a nation is its culture and through that, its standards; a nation without standards lacks social order and requires an increasingly powerful police state to enforce laws in place of having mutual social reinforcement of ideals in everyday behavior.

The Alt Right stands at a historical nodal point of opportunity. The old order of liberal democracy has failed, and a new order based on recognizing the clash of civilizations is coming. We must re-iterate and reinforce our message: diversity does not work. We need another way.

Introducing the Google Analytics Bomb: The Non-PC URL Redirector | America Crushed Under A Plague Of Locusts