Dot-Com 3.0 Collapse Is Here And Will End Western Economies 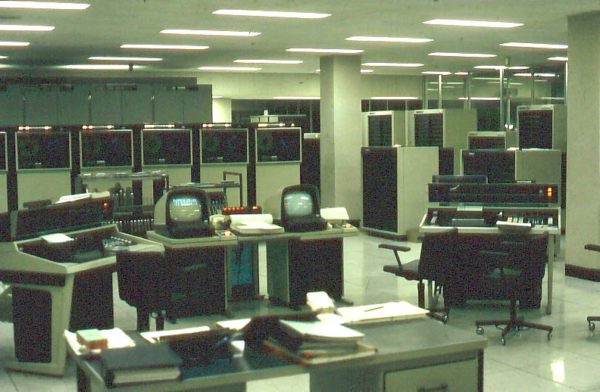 As mentioned frequently here before over the past few cheerfully oblivious years of manic investment in technologies of dubious value, the great collapse has finally gone mainstream:

Last month Robert Bouroujerdi, chief investment officer at Goldman Sachs, and most definitely someone who does remember the last dotcom boom, published a report in which he cautioned of the growing risks presented by the meteoric rise of the Big Five tech behemoths: Apple, Amazon, Facebook, Alphabet and Microsoft.

Bouroujerdi noted that in the year to the start of June, these companies added a total of $600bn of market capitalisation — the equivalent of the gross domestic product of Hong Kong and South Africa combined. Parallels to the 1999-2000 crash are becoming increasingly evident, he said.

…Tech companies are deeply intertwined: when one falls it often takes scores of others down with it and often psychology dictates that the more a stock falls the more likely it is to fall further. Imagine rats scuttling for the exit on a sinking ship. No one wants to be caught inside a cabin and sink.

In other words, it is like a really successful strike when bowling: you hit the middle pins hard enough that they knock the outer pins down. Already we are seeing second- and third-tier tech companies quietly shutting the doors and sending everyone home, and a resulting mass exodus of those who lost the employment lottery in California to other states. But that is nothing compared to what is coming.

Bubbles in the market — huge wealth booms created between the time when the herd becomes fascinated with a New Thing and the time when they realize it is worthless — are classically compared to houses of cards. If any structural piece is removed, or the top crumbles, the whole thing falls in the classic domino effect where the fall of each piece triggers the instability of others.

On the other hand, bowling is an invisible dependency. There is no obvious link between the other pins and the central four. Yet when those pivotal pins go flying, the others go down like bystanders hit by shrapnel during a suicide bombing. Silicon Valley is a giant invisible dependency, not only within itself, but because much of our interlinked economy depends on Silicon Valley:

This creates tragic conditions where the economy cannot sustain a massive loss in value in Silicon Valley:

As a proportion of GDP, American corporate profits are higher than they have been at any time since 1929. Apple, Google, Amazon and their peers dominate today’s economy just as surely as US Steel, Standard Oil and Sears, Roebuck and Company dominated the economy of Rooseveltâ€™s day.

…The McKinsey Global Institute, the consultancy’s research arm, calculates that 10% of the world’s public companies generate 80% of all profits. Firms with more than $1 billion in annual revenue account for nearly 60% of total global revenues and 65% of market capitalisation.

…The number of listed companies in America nearly halved between 1997 and 2013, from 6,797 to 3,485, according to Gustavo Grullon of Rice University and two colleagues, reflecting the trend towards consolidation and growing size.

And so we come to the ugly word consolidation. This happens when markets are dying, not thriving: the margins on what is being produced shrink as time goes on and the newness of the product fades, and since the big profits are no longer there, companies merge and acquire one another so that a few market-dominant firms can absorb whatever wealth is left in using ten-year-old or twenty-year-old ideas to churn out a product by rote.

We have seen radical compression of the markets over the past few years. The closing of American malls. The domination of the internet by Google (and technically non-profits that serve Google goals like Wikipedia). The tightening up of supply chains like Sysco. Grocery store mergers, and the simultaneous reduction in the number of big box store brands and increase in their territory. Everything is Walmart or Costco now.

With consolidation comes the bowling-pin effect. Hit any one of these sectors of the economy hard enough, and odds are that it will careen into another, and that into another. Hit a big enough sector and they all go down. Are you scared yet? Let us travel down memory lane to the last time that a giant bubble popped, namely the government-created housing crash of the early 2000s:

His most successful effort was to impose what were called “affordable housing” requirements on Fannie Mae and Freddie Mac in 1992. Before that time, these two government sponsored enterprises (GSEs) had been required to buy only mortgages that institutional investors would buy–in other words, prime mortgages–but Frank and others thought these standards made it too difficult for low income borrowers to buy homes. The affordable housing law required Fannie and Freddie to meet government quotas when they bought loans from banks and other mortgage originators.

…By 2002, Fannie and Freddie had bought well over $1 trillion of subprime and other low quality loans…As a result, in 2008, before the mortgage meltdown that triggered the crisis, there were 27 million subprime and other low quality mortgages in the US financial system. That was half of all mortgages. Of these, over 70% (19.2 million) were on the books of government agencies like Fannie and Freddie, so there is no doubt that the government created the demand for these weak loans; less than 30% (7.8 million) were held or distributed by the banks, which profited from the opportunity created by the government.

There are two parts to this disaster: the bowling ball, which was a relatively minor mortgage meltdown, and the pins, which were the vast investment by government and the many for-profit companies helping it. That ball was going to hit hard regardless, but the pins were set up to fall and so they took down other parts of the economy as well, stalling out the whole thing.

Imagine if that recession were a multiple of the one that is coming.

Just for fun, let us look at a true disaster scenario, the Great Depression:

This was a period when the American public discovered the stock market and dove in head first. Speculative frenzies formed in both the real estate markets and on the New York Stock Exchange (NYSE). The lead-up to October 1929 saw equity prices rise to all-time high multiples of more than 30 times earnings, and the benchmark Dow Jones Industrial Average (DJIA) increase 500% in just five years.

The NYSE bubble burst violently on Oct. 24th, 1929, a day that came to be known as Black Thursday. The following week brought Black Monday (Oct. 28) and Black Tuesday (Oct. 29); the DJIA fell more than 20% over those two days. The stock market would eventually fall almost 90% from its 1929 peak.

In the new California digital Gold Rush, you will most likely see the same thing: the 1% of 1% who are real winners here will be the people who got in early, grabbed the easy money, and then got out and put that money into something tangible and self-renewing like real estate, industry or agriculture. They do not mind that these new investments are not high yield; they are stable, and Silicon Valley is not.

The old Gold Rush made San Francisco a major city; the new Dot-Com mania has made it the center of the world, or at least its inhabitants think so.

Now let us consider some of those outer pins. There are several debt bombs looming. The first is the welfare/consumerism debt bomb, followed by the pension debt bomb, the entitlements debt bomb, the government debt bomb, the education bubble, the consumer debt bomb and the demand-side economics bubble.

With the “Me Generation” set to clock out and trigger a 50 megaton airburst of retirement obligations for government, there is no way our economy will survive. The wealth boom of the victorious Allies in WWII is going to come home to roost in 2020-2040 as the Baby Boomers die off, and since all of our wealth since has not matched it, the markets are going to re-adjust the value of the false wealth through a recession.

Add to that the fact that we are dependent on debt, both in public and private, to international banks and foreign nations, many of which are unstable, and you can see how there is a layer of bowling pins behind the bowling pins of our economy. When we go, they go. When they go, everything goes.

The best part is that almost no one understands how our society works, and so they are all oblivious to the actual risk we face:

It seems that that never have so many known so little about so much. In areas where most of America resides, no one gives much if any thought to the seamless integration of so many moving parts that allow them to transport themselves to the grocery store, and get food â€“ to utilize a myriad of appliances, utilities, technologies, and conveniences independent of their skills, education, resources, etc.

Most people, it seems, do not ever think about what would happen to their ideology and lifestyle after about ten days if the trucks, trains, and airplanes were unable to deliver untold tons of everything like clockwork. Look at the behavior of the people in the face of a few days’ disruption because of a snow storm.

So we have prime conditions for an apocalyptic market endgame. Our debt was borrowed to fund worthless stuff, just like the housing bubble. Our products are aging and no longer good for high margin returns. Markets are consolidating to a few big actors, and they are often dependent on government. Individual consumers have over-invested in these scheme and taken on a huge debt load. The entire structure is propped up and waiting for just the right strike to disintegrate entirely.

On the plus side, we have known for years that modernity was not sustainable. Modernity began with our notions that we as individuals were more important than social, natural or divine order. That creates the groundwork for the trends, fads, and panicked stampedes that create this market boom-bust cycle just like in the Great Depression. Not to mention consumerism, vapidity, mountains of landfill, environmental holocausts and a growing sense of existential dread. The death of modernity will be painful, but a blessing in disguise.