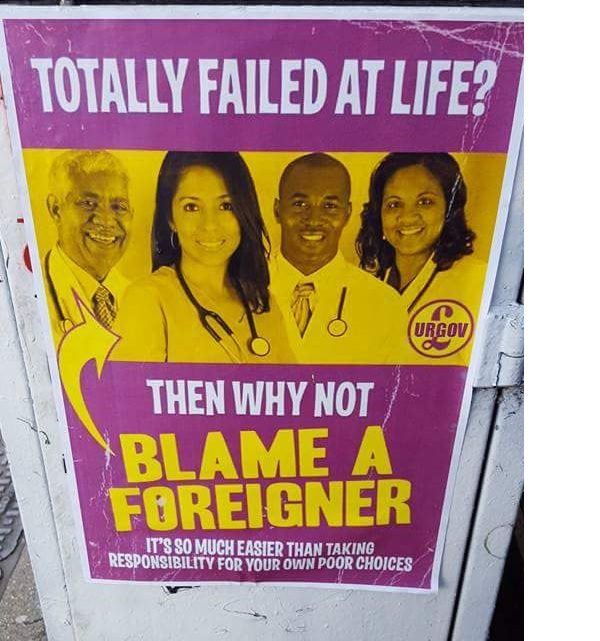 People (generally) have no idea what to make of Amerika. We accept racial differences, but are focused on bashing diversity itself, because in any form — with any different races — it fails. We do not really write much about black people or other groups. The term “nationalism is the opposite of racism” floats around a lot. How does all of this make any sense?

Some words from Dr. John Henrik Clarke, an early proponent of African studies, might help:

Anytime you turn on your own concept of God, you are no longer a free man. No one needs to put chains on your body, because the chains are on your mind.

Anytime someone say’s your God is ugly and you release your God and join their God, there is no hope for your freedom until you once more believe in your own concept of the “deity.”

…Where did we go wrong educationally? After the Civil War, the period called reconstruction, a period of pseudo-democracy, we began to have our own institutions, our own schools. We had no role model for a school… our own role model. So we began to imitate White schools.

Nationalism is like living on separate planets. You are a supremacist for your own ethnic group, on your own continent (Europeans get two because Europe is so tiny). You do not care about other groups. Maybe you are friends with some of them, even like them and respect them; I have had this experience with many other ethnic groups. But you do not care about them, positively or negatively. Your future is your own.

This is more racist than racist, but without any of the cruelty of racism. Your people are supreme for your lands and your purposes, and everyone else has to go do their own thing according to their standards. These will vary and there is no way to compare them. What is apt in one land will be taboo or insufficient in another, but it does not matter as each group is master of itself alone.

Only through diversity does racism arise. Otherwise, healthy normal people do not really think about other countries. The general feeling is that everyone else except the founding group of the nation is incompatible with that nation, and it is best they stay away. This educated xenophobia makes sense for every group, and this is why the Left opposes it.

Are Today’s MFA Programs Really Worth the Investment? | Dot-Com 3.0 Collapse Is Here And Will End Western Economies